2015 was one of the most exciting years of recent memory for the gaming monitor market. With strong entries coming from Asus, Acer, LG and others all looking to capitalize on the latest monitor technologies for gamers. G-Sync or Freesync, 4K or 1440p, 144hz or 60hz… It’s enough to even make this seasoned tech reviewer dizzy.

What’s improved from the Acer XB270HU?

For me though, the best gaming monitor of 2015 was the Acer XB270HU, which stood at 27” and rocked a 2560×1440, 144hz IPS panel with a stunning 4ms response time. Something nearly unheard of when it comes to IPS displays which are known for their amazing color accuracy, but not so much its fast pixel response time that many competitive gamers desire. A desire that often many would put ahead of visual fidelity with the likes of faster TN panels that lacked a robust color palette and viewing angles offered with the in-plane switching variety.

The Acer XB271HU looks to follow this up with improvements at nearly every feature with this 165hz G-Sync monitor. When it comes to the panel itself, users likely would not see much variance if set side by side in the panel itself, but rather you will see many design changes that looked to improve on one of the biggest complaints of the XB270HU, its stand.

With a mostly metal construction, I am very pleased with the improvements I’ve seen. Getting away from that piano black finish that I think many people are happy to see go away, Acer has gone with a much flatter finish on the stand itself with red accents. Now, this is obviously a highly subjective area, but I would love to see future version of this monitor without the red accents. I understand that it’s a marketing thing, but red doesn’t fit in with every setup and in a time where many gamers pride their setups on looks just as much as performance, I think it’s important to stay neutral when it comes to colors.

Aesthetics aside, the actual build quality on the stand is a homerun for me. I didn’t notice any excessive wobbling if I banged my desk or if I was using my Logitech G920 wheel which had a tendency to make my XB270HU move around quite a bit. Acer has also kept a system in place for routing your monitor cables which is appreciated. Lastly, you do have your full range of motion that you would expect for tilt, pivot, swivel and height adjust.

Coming around to the backside of the display, not a whole lot has changed on the surface but Acer has included an HDMI input that it did not have in the previous generation due to limitations with G-Sync technology. G-Sync is still limited to Displayport but now users have the option of HDMI for a secondary device like a gaming console. 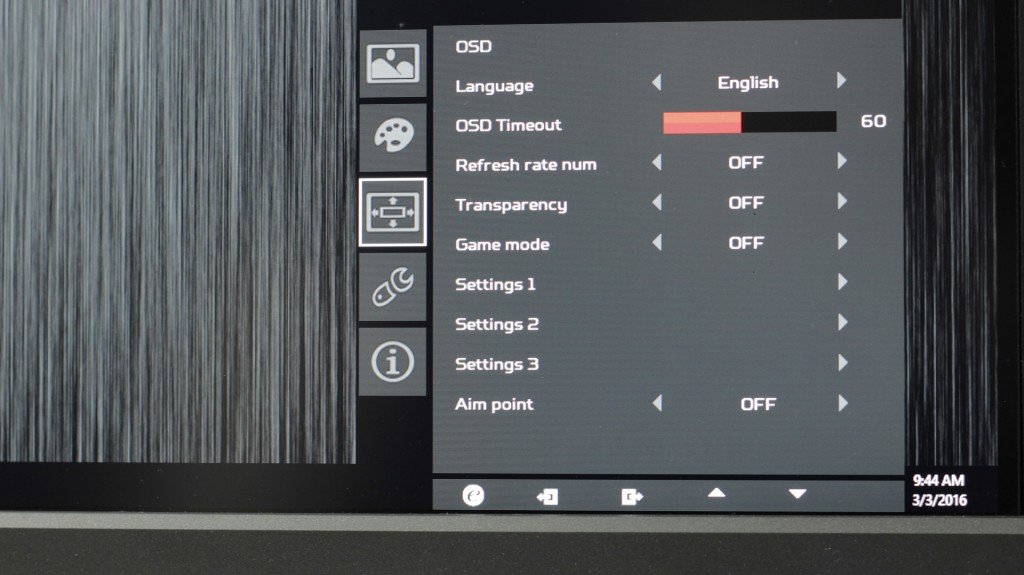 I don’t have any big complaints about the on-screen display being implemented here, it’s easy enough to navigate and everything is in a place that makes sense. Users will have to use the OSD to enable the higher refresh rate setting if they do want to take advantage of the 165hz technology which I’ll touch on a little later.

One feature in here that I actually loved was being allowed to dim the power LED. The blue LED on the previous version was extremely piercing, even in my peripheral vision. Seeing it here, refined in its look with the added option to dim, it is very pleasing to my eyes that do not appreciate distractions while I’m working.

Looking at the actual panel here colors are extremely rich and vibrant with deep blacks. By default, my Acer XB271HU was set to the sRGB mode which was not on the previous version and I was very pleased with the factory color calibration.

I did bring my brightness down to 60, which was at 80 by default, but all other stock settings on the sRGB profile were excellent and I’ve even duplicated them onto my XB270HU and to my eyes the colors are matched identically.

White uniformity was also exceptional with no noticeable shift or vignetting towards the edges when on an all-white screen. The response time holds up as well as the previous version at 4ms which is just fast enough for gaming in my opinion. If you start to go even 1ms slower, I feel that ghosting becomes a serious problem in fast pace games like shooters and MOBA’s where you have a lot of small text on the screen so it’s good they’ve continued to nail that here.

With quality control of backlight bleeding being a major concern on the first generation of 1440p 144hz displays from both Acer and Asus, I decided to take some photos in a dark room of my display at various brightness settings.

Looking at these you can see a heavy concentration of IPS glow or bleed in the top and bottom right corner that fades as we bring down our brightness. There is a small amount on the left side too, but the right is really the most troubling area in these images. The last area I’ll draw your attention too is the bottom where there a brighter white light that is emitting. 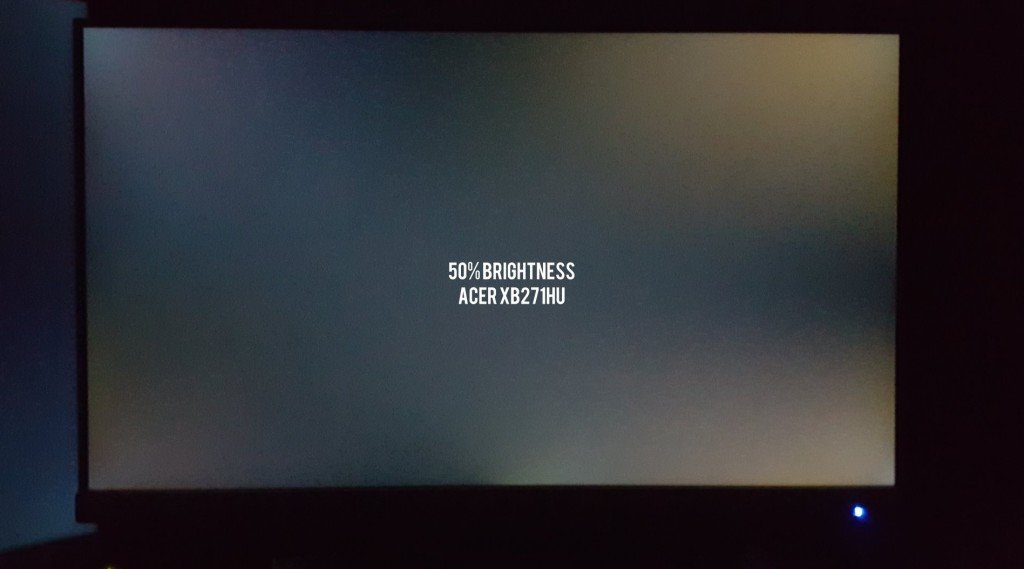 Now when it comes to backlight bleed there is a degree of subjectivity to it and how sensitive you are personally to it at the desktop or gaming. I can tell you for my own part, that on this display it was not an issue. The only area that could be seen as troublesome is the white spot at the bottom I mentioned as that does not lose its intensity as much with brightness settings, but this is going to vary from panel to panel.

Short answer, no. I know a lot of gamers got up in arms and shouted that 165hz was pointless and in large part they’re right. I firmly believe there isn’t a human being on the planet that could tell the difference going from 144hz to 165hz. 60hz is whole other ball of wax, but when you start getting this high in refresh rate, you would have to be Superman to spot a difference. I think the 165hz was done just because they could and it is something to distinguish the panel from its predecessor. That’s just my opinion, I could be wrong.

In closing, I’ll just say that the XB271HU is outstanding. Acer has shown a willingness to listen to criticism from users and reviewers and they’ve responded with an amazing monitor. On paper it has all the specs that an enthusiast gamer could want in 1440p, 165hz and G-Sync technology, they’ve only now just put it in a much better package with added HDMI support and at the time of writing this its only $30 more than the XB270HU so its a very strong recommendation from me. What a good way to start off 2016.