When I was a kid my parents purchased a Packard Bell Navigator. They paid well over $1,000 for it and it slowly played the likes of Master of Orion, Civilization, Age of Empires, and Heroes of Might and Magic.

It was my first entrance into the world of PC gaming. I remember adding ram to it and doing whatever I could to make that PC last just a little bit longer. I frame-stuttered through countless games and still enjoyed the journey. After a few years, it lost any hope of being able to play modern games at the time and eventually I saved up enough to build my own computer.

In my post on the top affordable gaming computers of 2017, I was amazed at just how great of a PC we could build for right around $300. I thought I’d take it a step further and see what kind of PC gaming build we could get with $200. What we end up with is a machine that plays many of today’s modern games very well. As a kid, I would have done anything to get my hands on a machine for this price that was this capable. Here are my thoughts on the hardware for this build. Before you go, don’t forget to share your thoughts on a machine like this one.

AMD APU Options Under or Around $60 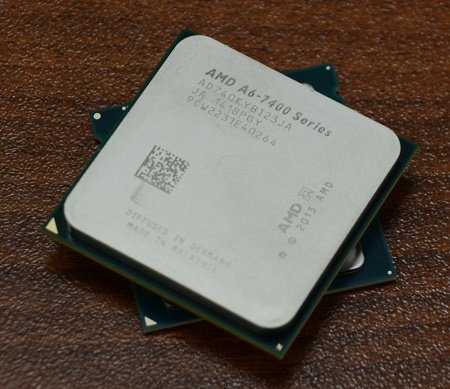 When I’m building a budget gaming PC I typically like to dedicate a large portion of the budget to the graphics card and processor. For this PC, we’re giving as much as we can at right around 35% of the overall build. That gives us around $70 to spend.

With AMD’s accelerated processing units, you know what you’re getting. You get a slightly lesser performing processor for the opportunity to have elements of both your GPU and CPU. At this price range, the Richland A8-7600 Kaveri is what makes a lot of sense with its R7 graphics. The Kaveri A6-7400k is a bit cheaper and was useful in our $150 gaming PC build, but with a $50 (overall) increased budget, the A8-7600 seems worth the additional $20.

A decent alternative to the A8-7600, in this price range, is the Pentium G3258. If you’re trying to stick to the $200 budget, you won’t be able to get a dedicated graphics card with it; however, the integrated graphics for the G3258 are not horrible and do work for many modern online titles. In addition, going this route allows you to add a dedicated GPU later and still have a faster single-threaded performance CPU. For comparing the G3258 and A6-7400k I recommend these recent benchmarks from Anandtech. Another option here would be to pony up for the $110 AMD Ryzen 3 CPU like we did in our $500 build. Doing so would give you a better upgrade path going forward.

Bristol Ridge and AM4

It’s likely that we’ll need to update this build shortly to include APUs from Bristol or Raven Ridge. My hope with the AM4 platform release is that boards and APUs from the FM2+ platform go down in price. If not, hopefully, we’ll be able to get a Bristol Ridge APU to fit in with our $150 and $200 build. Still, with higher prices, staying with this build, rather than going with Bristol Ridge, might be the only option.

That being said, I’ve been looking for Bristol Ridge for the last 6 months and have never been able to find one available in anything but a pre-built PC. If anyone has an idea on how to get one, please let me know in the comment section below.

In order to use the i3-7100, you’d have to stretch your budget for the CPU by at least $40 and your motherboard by $10 to $20. What it gets you is quite a lot as the integrated GPU performance along with CPU performance of the i3-6100 should net you similar performance in games and a much better overall computing experience.

To overclock the i3-7100 (yes, it can be overclocked) you’ll need a Z-170 motherboard. It’s likely that this will cost you at least $40 more which may not be worth it for this particular build. With that same budget, you could also go with the Pentium G3258 and still have room for a $50 to $70 dedicated GPU.

That being said you should definitely be thinking about the i3-6100 here. You boost your overall budget by 25% but end up future-proofing your PC a bit. When you want to up graphical performance, simply add a budget GPU like the RX 460.

Good AMD FM2 and FM2+ Compatible Motherboards for Under $50

This APU is a socket FM2+ processor type so we’ll need an FM2+ motherboard for compatibility. All things being equal I like to go for the newer technology if possible. In the case of our motherboard for this build, this is totally possible.

The Gigabyte GA-F2A78M-HD2 is on rebate for around $38 this month and has headers with USB 3.0 as well. Most other FM2+ options would either exclude these headers or be significantly more expensive. If you’re building this gaming PC in the next few months, just try to find a motherboard that costs around $40 to keep it within the budget.

Speaking of RAM we need to consider how higher speed memory can have an effect on our overall FPS. In addition, a dual memory configuration also greatly improves performance. This is the case with APUs because of how the memory is shared. For this build, I’m recommending you go with the best you can get for right around $30.

The dual memory configuration will allow you to get much better performance out of your APU and give you all the Ram this PC will probably ever need.

Focus on a Cheap Hard Drive and Gaming Case

Yes, it’s always nice to have a fancy case with lights that make the room glow. No, for the most part, it’s not going to make a huge difference in your computer’s actual performance. For this reason, we’re going with just about the cheapest case we can find this month in the Xion Performance mATX. With USB 3.0 compatibility and 2 included fans, it’s a pretty good deal for right around $19.99 after rebate this month.

If there’s a downfall to it, it’s that it doesn’t have tool-less drive bays. However, after having used it, you should still be able to mount drives within the cage with some simple screws.

For hard drive, we’re going with the Western Digital Caviar Blue 320GB drive for right around $25. While you could save around $5 and go with the 160GB version, for a gaming PC you’ll definitely need the additional storage capacity.

Update: For additional capacity for the same amount of money look for Western Digital’s Intellipower series. I’ve seen the 500GB version for as low as $35. Near that price point is the Kingston SSDNow V300 120GB solid state drive which is certainly an alternative. If you go with either of these options, you’re likely to push the budget over by about $20 to $30.

While the power supply I chose for this build certainly doesn’t fall under our best power supplies for gaming list, it probably would have if the list included power supplies under or around $25. While there are certainly a number of power supplies out there for under $25, few of them offer decent reliability and efficiency at that price range.

The EVGA 430 watt 80 Plus power supply isn’t one I’d recommend for higher-end builds; however, for around $30 after rebate you get something that will be durable and save you money over time due to its efficiency. In addition, it’s more than enough for additional expansion.

It’s hard to ignore that for around $120 more you could get a dedicated CPU and GPU combination in the G3258 and R7 360 instead of this build. That being said you’d also be adding well over 50% to your overall budget which may go beyond its initial goal. Overall it does what it’s supposed to do very well. It will play WoW, Hearthstone, Diablo 3, LOL, DOTA 2, and Minecraft in 1080p at a decent FPS while still allowing you to play some modern games like Skyrim in 720p.

For all those young kids like I was who are trying to play games in any single way possible, this may be one way they can join the PC master race for just over $200. Was it possible to go under $200? If you went with a cheaper hard drive and power supply, then it absolutely is. Again, I’ll refer back to the $150 gaming PC for more information. That being said that’s the difference between reality and hitting a budget. Sometimes it’s better to extend it a little bit to make up ground you need to cover.
[no_toc]