Now that Battlefield 1 has been out for a while, it’s time to update the type of build we’d use if you want to play it at any resolution from 1080p to 4k. If you want to play in 1080p, it’s easier to get there than ever before in 2017.

Back when Battlefield 4 came out, I was really stretching my wallet to get the kind of PC that can play it. Today, this is pretty simple; however, we know that many of you are upgrading to reach higher resolutions and framerates. So, whether you simply want to play the game or play it in 1440p at 100 frames, we’ve got you covered with 4 builds from $500 to around $1,500.

If you’ve already got a rig that performs well in 1080p on Battlefield 4, most likely it’ll do ok in Battlefield 1. BF1 uses the Frostbite 3 Engine, the same used for Star Wars Battlefront. Recommended system requirements for BF1 include an i7-4790, 16GB of ram, AMD RX 480 or NVIDIA GTX 1060. Minimum requirements for Battlefront are an i5-6600k, 8GB of Ram, and an AMD Radeon HD 7850 or NVIDIA GTX 660 graphics card.

While we will cover each of these builds below, here’s a summary of the PC components and parts we’d use for each. As Ryzen has now been released, we’ve included an AMD version of each build for those of you who’d prefer to go with the red team. 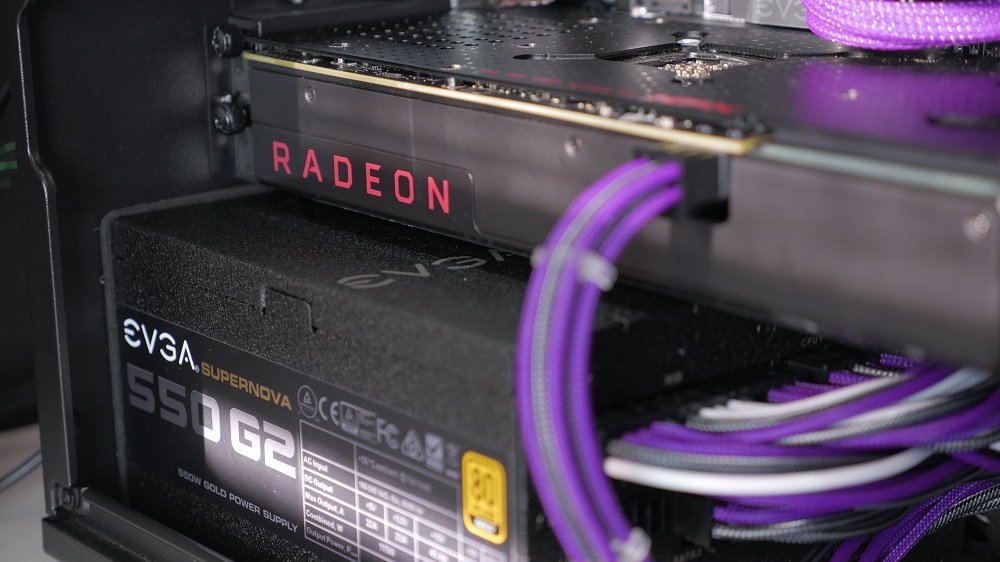 Our $500 Battlefield build is a no frills performance-first type of build. It features parts that give you what you need and nothing you don’t. At the heart of this build is AMD’s RX 470. At around $170 it’s all our i3 can handle in terms of performance and it does a fine job at ultra settings in 1080p. When AMD comes out with its Ryzen 3, it’s possible that a CPU in this price range could handle a card like the RX 580. For now, I wouldn’t recommend beyond a RX 470. In fact, if you can get the GTX 1050 Ti for cheap, it’s fine here too.

For Ram, we’re going with some cheaper Crucial DDR4-2133 MHz memory as our H110M chipset motherboard won’t support faster memory. This ram can be overclocked in other rigs and is a good performer overall as shown in our post on the best DDR4 memory for the money. Tighten the timings up to get a bit more out of it.

For our storage, we took a step away from capacity and went with speed and value in a solid state drive. Those who want additional capacity can likely find it in a used hard drive. While 240GB certainly won’t last you forever, it is enough for the OS, Battlefield 1, and a few more of your favorite games.

For the case, Rosewill’s Ranger-M is a good Micro-ATX for the $20 we’ll spend and even comes with a Rear 80mm and front 120mm fan. There is one small compatibility issue here in that the Ranger-M doesn’t have USB 3.0 front panel ports. If you want to use them as USB 2.0, a cheap converter can be used. Alternatively, you can use the Xion Performance ATX case. I used it in the $150 PC build and it’s a solid value overall. 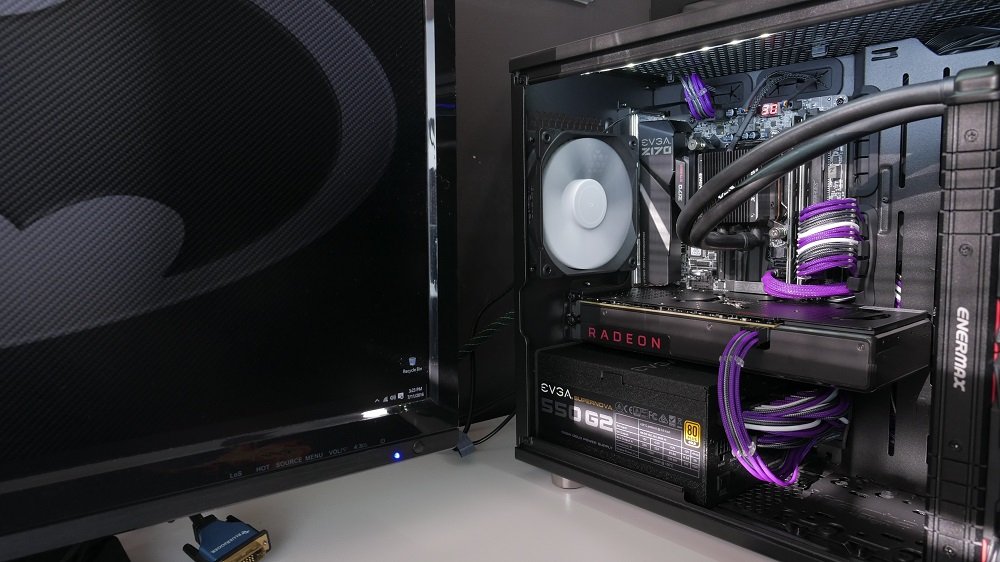 Our priorities with the extra $250 we have include getting a better processor, improving our storage capacity, and getting a better case. We’ve certainly accomplished that by getting the i5-7500. This is a good processor to use in combo with the RX 580 or the GTX 1060 6GB.

Both of these graphics cards do a fantastic job in 1080p ultra settings or even 1440p high.

If you’re wondering whether you should go with the i5-7500 or the Ryzen 5 1400, I’ve written a post on this $700 to $800 gaming PC here. The i5 will give you more in-game performance while the Ryzen 5 has more cores. To even get close, you’ll have to overclock the Ryzen 5 CPU. This shouldn’t be too hard with the included wraith cooler and the B350 motherboard we’ve recommended.

It’s now time to turn up the heat a little bit. We’re giving performance users the ability to overclock with the i5-7600k and the Hyper 212 Evo. In addition, we’re switching to the Z270 chipset. This not only will allow us to overclock, but use better memory as well. For the Intel build, you can go and choose some cheap and fast ram. However, it’s important to realize that for Ryzen B-Dye ram like the G. Skill Trident Z we’ve listed in our best ram for Ryzen article is ideal. It’ll cost you a little bit more. On the other hand, we can afford it as our B350 motherboard is significantly cheaper than the Z270 motherboard we’ll be using for our Intel build here.

It’s also time to upgrade the power supply now that we have the budget for it. I like EVGA’s SuperNova NEX 650 Watt power supply here. It’s listed in our top tier for power supplies for the money and should last for many years to come. 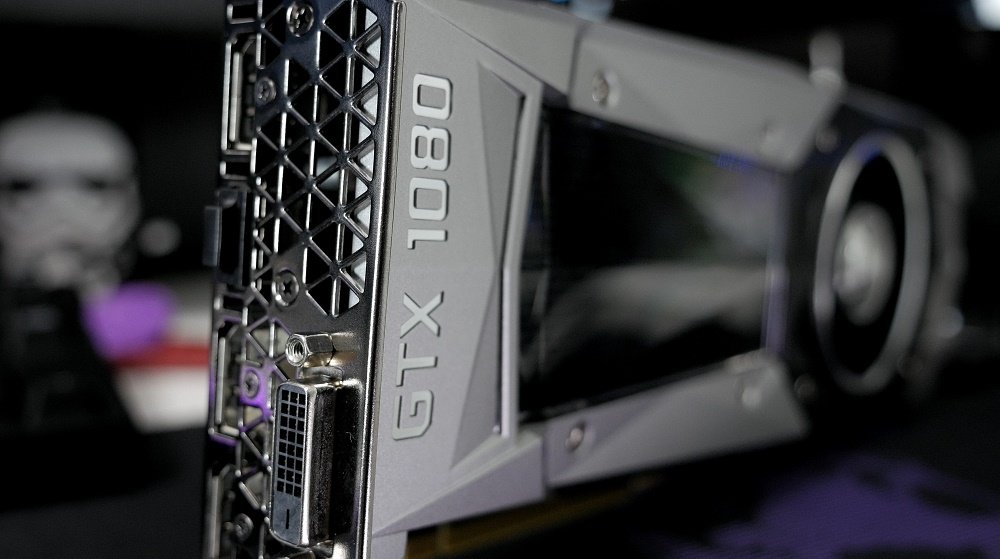 For our Intel build, we’re recommending the i7-7700k and for the AMD version, the Ryzen 7 1700. If you’re curious about the difference in performance of these two CPUS in games, check out our Ryzen 7 vs i7 benchmarks. The Ryzen processor will give you 2 more cores and 4 more threads but will give you a small dip in FPS. This may or may not be more important to you than the improvement you’ll get in other workloads.

We’re also upgrading to an nVME SSD here. This should give you crazy fast boot times. As it’s not that much more expensive than a SSD, it seems like the right way to go here.

Overall, I feel like we’ve kept performance a priority throughout each of these builds. Clearly storage capacity could be an issue for some with these builds. That being said, most of you probably have a hard drive or two your planning to use from a previous build. Thoughts?

Perhaps bigger than simply playing in 1080p, many Battlefield fans I talked to want to upgrade their rigs to play with the high refresh rate and resolution gaming monitors that are now available. As Battlefield has always been about pushing graphical performance for both developers and gamers, it’s likely that many of them will upgrade. Personally, my PC upgrades always fall in line with this mentality and whenever there’s a new Battlefield game I either build a new PC or upgrade my GPU. For this reason, I recently posted my list of the best Battlefield 1 graphics cards by budget.

With that being said what will it take to run the game in 1440p? In my opinion, the minimum graphics card for something like this would need to be an RX 580 8GB or GTX 1060 6GB. We recently tested the RX 480 in another Battlefield build we used for the Alpha version of the game. If you’re looking to play above 90 frames at this resolution check out our benchmarks that put the 980 TI vs the GTX 1080.

As I mentioned above we tested the RX 480 in the Battlefield 1 Alpha. I fully expect the actual results to be better than what we achieved simply because of driver updates and optimization for the game. That being said the RX 480 achieved an average of 76FPS on Battlefield 1. This is in DirectX 11. So, if you’re looking to achieve something in excess of 90, it should do the trick with some minor tweaking of the settings. If you just want everything maxed out, go for something like a 980 Ti. These can be found fairly cheap right now.

If you’re pushing the envelope and playing Battlefield in 4k,  you’ll need all the graphical power you can muster. Here’s a look at some benchmarks in 4k at the ultra quality preset. Keep in mind that going to high will increase these substantially: