I have my opinion about what processor I think you should buy, everyone seems to. And if you want to know what I think you can read the article below.

However, I want to make sure, before we get into my opinion, that you the reader vote on what you think is the best CPU around in each category. After that, take a look at what I’ve written and comment to let everyone know what your thoughts are.

So, that you know, I have no affiliation with AMD and Intel. Instead, I purchase what I can and build PCs for free in order to get my hands on as many products on the market as possible.

This is a bit of a controversial subject right now. However, in our opinions, it’s not as important as many make you believe. While overclocking can certainly help you to increase your CPUs performance and maybe even help you get a few more frames, very few actually follow through with it. Plus it can make you overspend on hardware that you might not even use.

Imagine you spend money on a good CPU cooler, a little extra for that “unlocked” processor, and more on your motherboard just to be ready. Then, you forget all about it once you put your PC together and realize that it runs the games they’re looking for at an acceptable frame rate. This is the situation that most builders find themselves in.

That being said, if you know that you’ll overclock, we’d say go for it as long as the additional cost of components doesn’t interfere with your planned GPU.

The Best Gaming Processors from Under $50 to Just Under $500 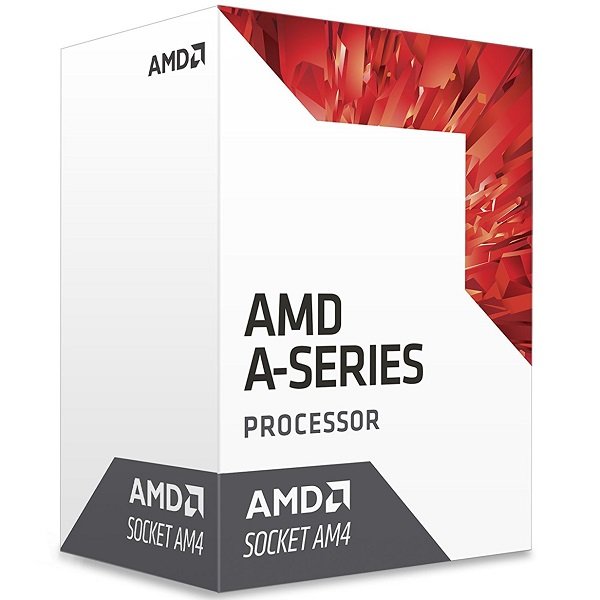 Looking for the right processor? Here’s a look at various price points from a budget of $50 up to just under $500.

If you’ve got a budget of around $50, you’re trying to get the best processor you can get for as cheap as you can get it.

You might also be looking for an all-in-one solution for your CPU and GPU. I recently built a $150 gaming PC that featured an inexpensive APU from AMD. At that price level, it made a lot of sense to have an APU that would at least give me some decent graphical performance. Because I was trying to stick to a budget I went with the A6-6400k which is a Richland APU.

In reality, your best bet for APU here is newer Bristol Ridge A6-9500 or 9500E which we’re finally seeing available on the market. The Radeon R5 graphics do surprisingly well in 1080p and 720p with tweaked settings. If you can find it, it’s available for around $55.

Another option is to wait it out for Raven Ridge which is the first APU to feature Zen Cores and Vega Cores on the same die. The current models we see are a bit above this price point with the Ryzen 3 2200G coming in at around $100. That being said, when you’ll actually be able to get your hands on a budget one for use in building a budget desktop is a different story and likely it’s not very soon. Especially, when considering how long it took for AMD to get Bristol Ridge out to consumers.

If you’re still looking for a dedicated CPU GPU option at this price range, take a look at the Pentium G4400 or the AMD Athlon X4 950. These are both good CPU combos to pair with an entry-level graphics card like the GTX 1050 or the RX 560.

We’ll advise you that going with a processor like this will limit your future upgrade path. And while this is true, if you’re willing to stick with something like the RX 560 you won’t notice a huge drop off here between something like the R3 1200 Ryzen processor and the Athlon X4 950. Still, with the G4600 reaching nearly i3 territory in price, you may be better off with a cheaper combo if that’s what you’re going for. Overall, we like the G4560 and X4 950 at their price points.

With these processors, we wouldn’t recommend going beyond a GTX 1060 for your graphics card. At that GPU level, the i3 does edge out the R3 1200 in games unless it’s overclocked. That being said with the inexpensive price of B350 motherboards and the ability to use the stock CPU cooler to overclock, those willing to overclock will find the R3 1200 to lose a few frames against the i3 in games and do similarly in other workloads. 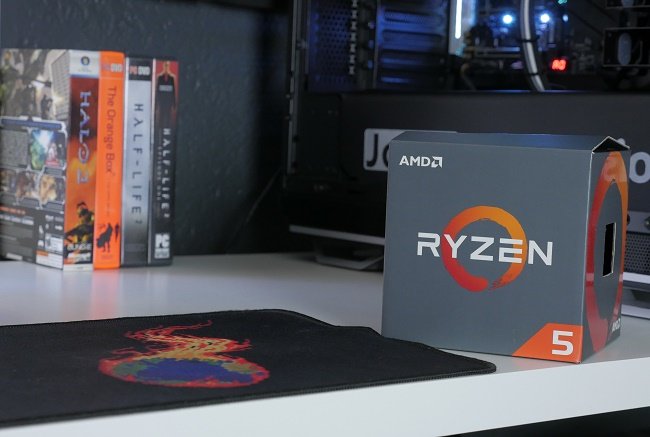 Here we’re taking a look at the 6 core and 12 thread Ryzen 5 1600 and 1600X and the 6 core i5-8400 / i5-8600k. We were thoroughly impressed when we compared the Ryzen 1600X against an Intel i7 processor. As you might imagine, we think the Ryzen 5 1600 and 1600X are the better deal. They come very close in single threaded performance and offer 6 additional threads that make it nearly impossible to pass up.

The i5 8400 certainly wins in benchmarks and does it without an overclock. The i5-8600k is the unlocked version for around $50 more. However at the current operating frequency of the i5-8400 we think most will go for the cheaper option that will give them just about the same amount of performance.

This is a bit of a difficult category for us right now. There are, of course, some great CPUs for tasks in the i7-7800X and the i7-7820X. However, the i7-8700 is still substantially faster when compared to these processors in games.

So, this is a simple decision. If you’re building your PC just for games, the i7-8700(k) is still the better overall CPU even in this category. If you want additional information here, we like Hardware Unboxed’s video comparison of it that you can find below.

A Quick Word on Energy Efficiency

While TDP isn’t a direct measurement of energy efficiency it usually is a good place to start. I recently built a green ITX gaming PC that I’m quite fond of. Not only is it energy efficient, it’s cool enough to keep in my cabinet as an HTPC. So, if you’re looking for energy efficiency, you’ll likely find slightly better options from NVIDIA; however, both AMD and NVIDIA have done a good job with recent improvements.

Paying for more processor than you actually need is common among PC gamers. And depending on what type of graphics card you plan on purchasing you might want to ramp up or down your budget. Ultimately the right combo of CPU, budget motherboard, and graphics card will get you where you want to go.