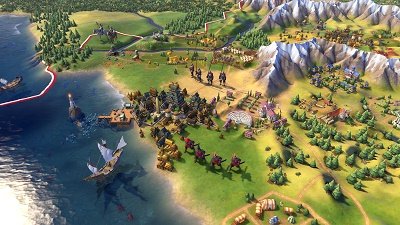 After playing Civilization games for nearly 20 years I was doubtful there was anything Firaxis games could throw at me that would impress. I was wrong. Civilization VI has turned out to be the masterpiece of the year. If you’re looking to play it, and you should be, it’ll require a bit more firepower than Civ V.

Wondering what it’ll take? Here’s a look at the advancement in system requirements over the previous generation.

As you can see the game itself is not all that demanding on its minimum settings. I’ve even seen people run it with integrated settings on an i3. That being said when I play civilization I prefer to do so with higher settings and textures. A washed out game just doesn’t have that same fun factor. So, here’s a $550 to $600 build that does a fantastic job of running this game as well as others.

Overclocking your CPU here when you won’t have a bottleneck with the GPU simply costs more money. A $30 to $50 CPU cooler along with a CPU that costs $60 to $70 more than the one we’re recommending just doesn’t seem worth it. All of that money could be allocated towards your GPU.

. It’s probably the best bang for your back gaming CPU out there right now at around $175. It gives you 4 core performance with turbo speeds of up to 3.3GHz. For TDP, it has a super low 65W. Ultimately it’s a more than capable gaming PC that won’t bottleneck our GPU or be a power hog.

Motherboard Budgets of Around $50

If you’re into eye candy it’s easy to get carried away by purchasing way more motherboard than you need. If you have a smaller budget, that mistake could have a serious impact on your overall gaming performance. Rather than go with features we don’t need, we’re going with the Gigabyte GA-H110M-A

. It’s a good Skylake or Kabby Lake compatible motherboard that costs around $50. I’ve used it in the past without a problem. 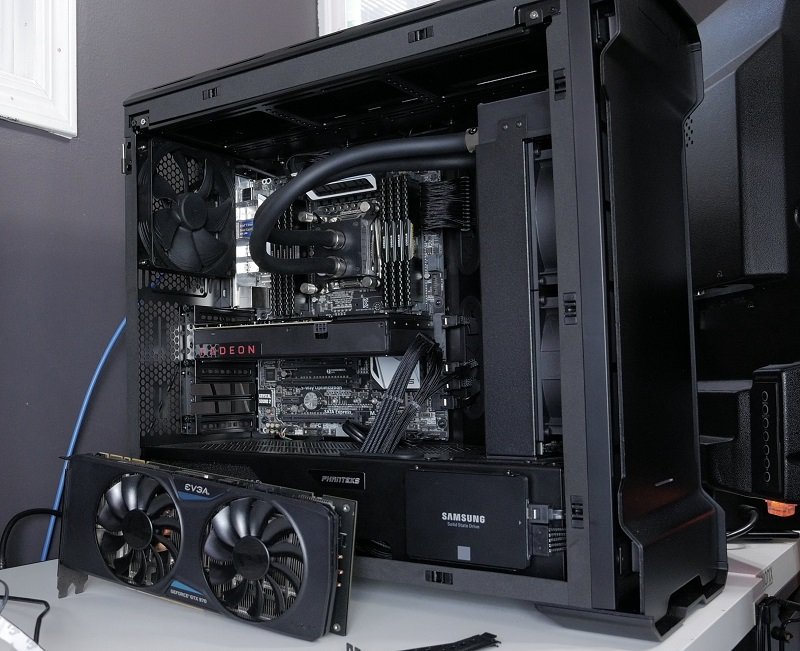 I also really like the GTX 470 if it comes down to the $165 price point that AMD has promised since the release of the 1050ti. Any of these cards will certainly allow for good settings in Civilization VI with arguments on both sides of which is the better performer. If you’re looking for more information, see our post on the best $200 graphics cards for gaming.

It’s time that PC builders move on from the standard hard drive. It’s ok to use them for capacity, but for your most important programs, a solid state drive is a huge upgrade. For this build, I’m recommending the A-Data Premier 240GB solid state drive. This drive is enough to hold your OS, favorite games, and programs.

This is a budget micro ATX build. As such, we don’t have a ton to spend on the case. Still, I really like some of the desktop cases you can get in about the $30 price range. The steel Fractal Design Core 1000

Mini-tower is a sturdy case that comes with a removable dust filter, has a front USB 3.0 port, and even a 120mm fan. Since the system we’re building shouldn’t use over 300W at its peak capacity, it should be ok without additional cooling.

We’re going with the inexpensive EVGA 430w power supply here. It’s regularly on sale for around $30 and has solid bronze certified efficiency. It’s certainly not the quietest power supply on the market but if you put it on the floor, you shouldn’t hear it.

Our motherboard doesn’t support DDR4 memory over 2133MHz. For that reason, you should just go with the cheapest decent quality RAM that you can find. Anything more than this would just be a waste. Kingston’s HyperX Fury series is regularly on sale for around $40 for a 4x2GB configuration and is my recommendation for those who decide to go with this build.

I feel like this build accomplishes a lot for not very much money. You get an i5, a solid mid-range graphics card, and a lot of options all for less than $600. Would you change anything? Let me know in the comment section below.