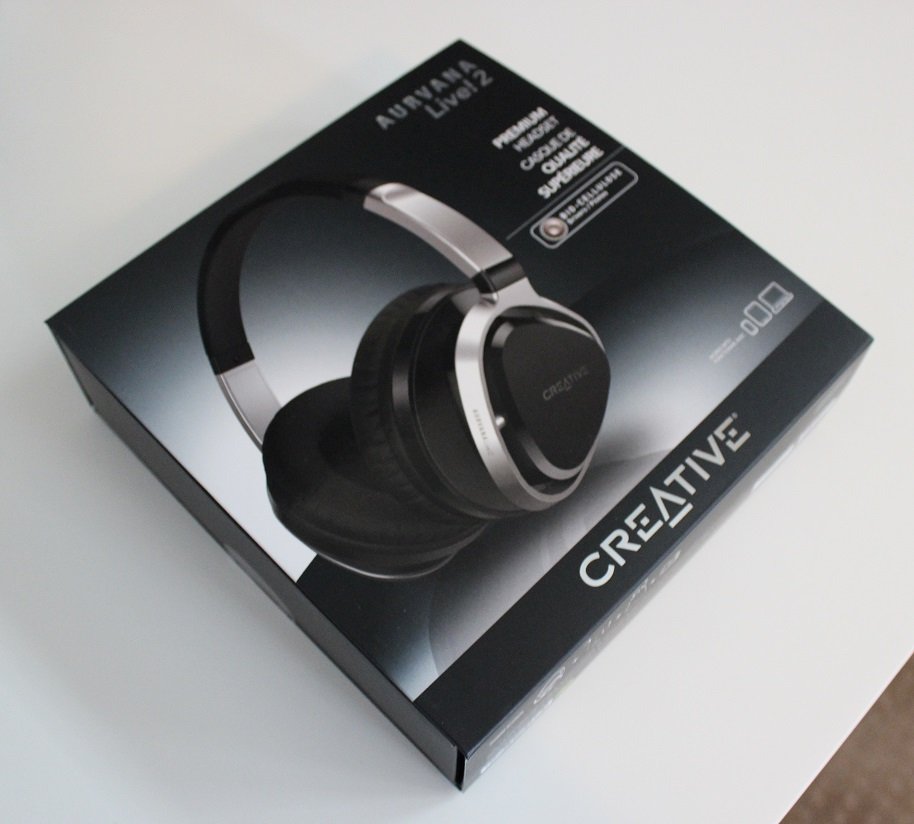 When I’m given a product to review I try to take the time I need to actually use the product for a few days. With something like a headset it’s easy enough to switch out my usual pair and really give it a go to see not only how the headset sounds on various formats, but also how it feels after wearing it for an extended period of time. The Creative Aurvana Live! 2 headset is the successor to the very popular first generation Aurvana Live.

Originally released in October of 2013 the second generation product opened at around $129.99. At that price point it was competing with what I consider to be some very strong competitors in its price range. Now, a year later it has settled in at under $100, a much more manageable price considering its award-winning predecessor is right now available at under $70. The question now is whether the added features and price make it really worth it vs not only the competition, but its predecessor as well. 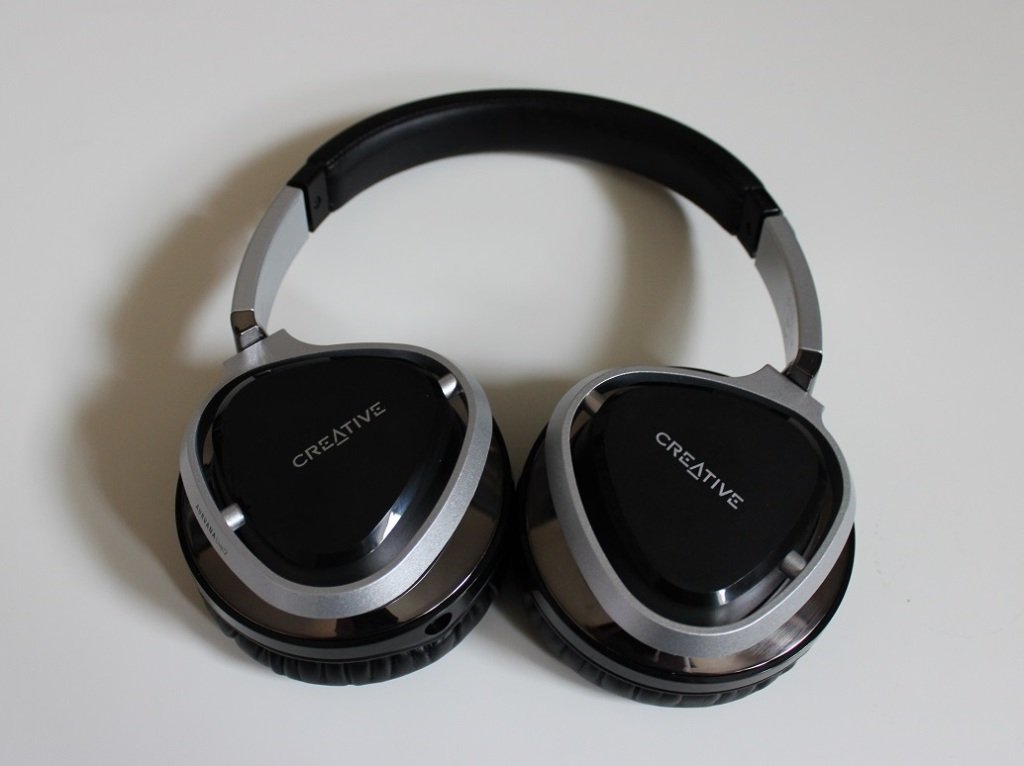 Like the first generation Aurvana Live, the new version is not only well-built and durable, but comfortable as well. While I wouldn’t consider the plastic and metal alloy mix used in most of its construction to be high-end, it is sturdy and keeps the weight down which is nice after long hours of use. Speaking of weight the headset itself comes in at 255g or about 45g heavier than its predecessor which is still more than adequate for portable and extended use.

In terms of outside appearances, the Aurvana Live! 2 lacks very little. Compared to the previous generation it’s gone from a more traditional look to a modern design that is much more appealing in today’s market. The triangular black cup design mixed with matte silver and shiny black or red colors is classy enough for using at work to take calls and trendy enough to hang around your neck. Flat-fold earcups along with a microfiber travel bag also make it easy to take with you. 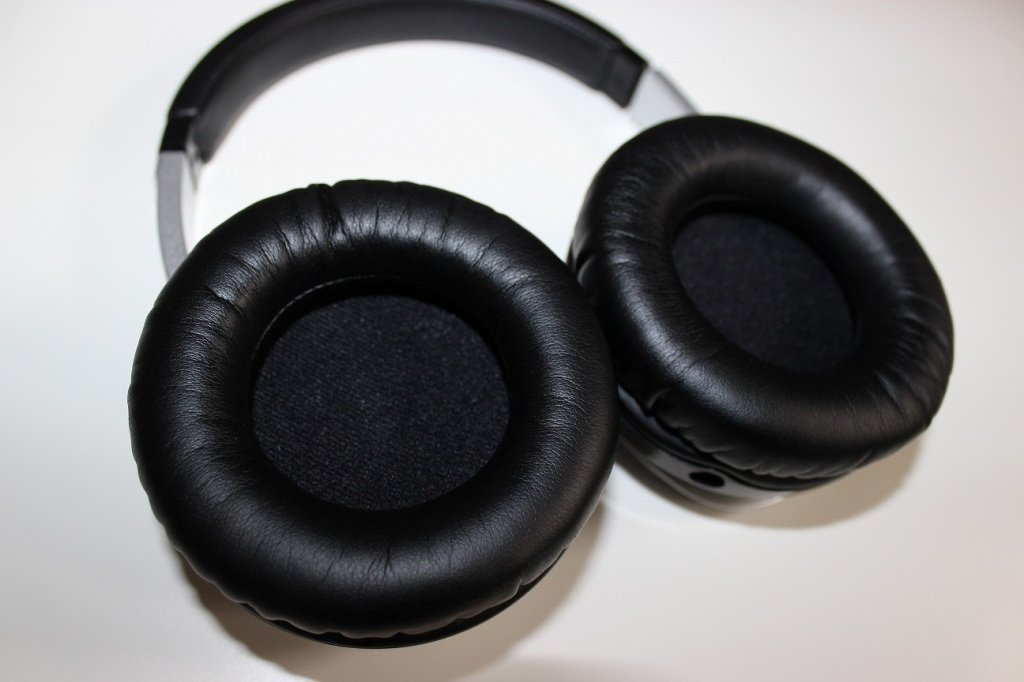 The ear padding itself is even more comfortable than it looks. As I mentioned I wore this set for 2 weeks before writing this review. While this headset is placed on the ear, the faux leather ear padding and memory foam were plush enough to prevent the uncomfortable pressure you often feel after long listening sessions.

The Aurvana Live 2 also features a detachable, single-sided OFC cable. This high-quality tangle-free cable comes with an in-line mic and a volume slider. This is definitely an upgrade vs. the previous design and allows you to take calls while listening to music.

Here’s the part of this set that may make or break it for some. Featuriung 40mm Neodymium magnet with composite Bio-Cellulose diaphragm drivers the Aurvana Live 2! pulls adequate sound from highs, good from mids, and excellent base. Focusing in a bit more on the base for this set, Creative is definitely appealing to the crowd that wants to listen to rock, pop and hip-hop music or simply emphasize bass. I even played a few rounds of Battlefield 4 with it and came out thoroughly impressed. If bass is important to you, there’s hardly a better option in its price category. Those who prefer perfect treble and highs may be better suited with a different option.

I also used this headset with Creative’s E3 digital to analogue converter. The amplification as well as sound detail truly made it shine compared to the Inferno Gaming Headset I tried out just a few weeks ago.

While this headset doesn’t offer much in terms of noise cancellation it does have good noise isolation leaking very little of what you’re listening to the world around you. This makes it appropriate to use in all but the closest of situations. 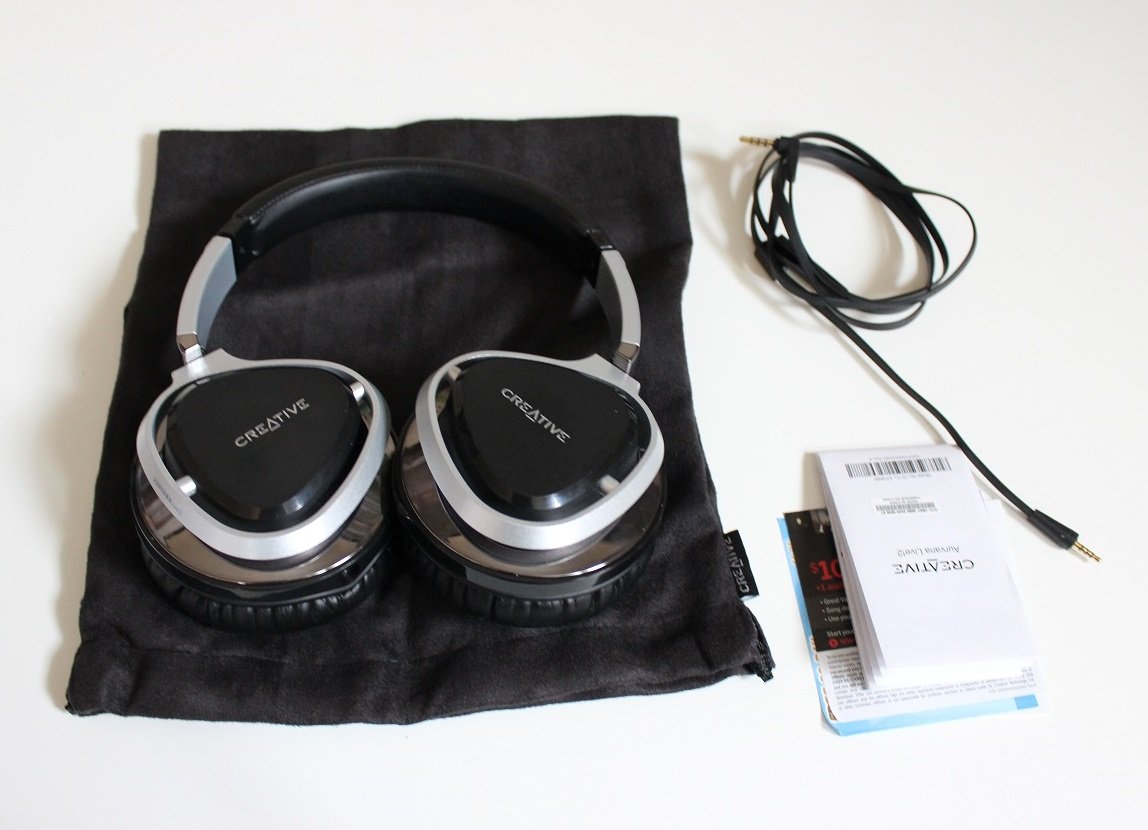 Overall this is a well-crafted headset that is a good option at $130 and an excellent option at under $100 if you can find it there. In the $130 range it competes with the ATH-M50 which, in my opinion, has slightly better overall sound. At that price it also has to justify it’s $60 price increase vs. the original Aurvana Live which is still a very solid overall music listening option. In the $100 range it competes with the Audio Technica ATH-M40X, a more fair fight. That being said the in-line microphone feature of this headset along with its superior bass will be the tipping point for many who want a stylish headset that sounds and looks great.