Along with the Inferno gaming headset, Creative sent me their new E3 DAC portable amplifier to review. If you aren’t familiar with DACs or Digital to Analog converters, they’re used as a way to get better sound out of all of your devices by converting all the 0s and 1s you get from your digital formats into an analog wave format.

The result is preserved high-quality audio fidelity that then is used with your various audio systems. This includes better dynamics, better detail, and better sound staging due to better conversion chips and output circuitry.

While all DACs aim at low impedance and audio preservation this particular DAC is a jack-of-all-trades. It’s built not only to power and amplify headphones up to 600Ω, it’s also designed to use as an external USB sound card for PC/Mac. In addition, the Bluetooth functionality, and built-in mic work with your phone while you’re on the go.

Because it’s built for various situations and performs differently on all of them, here are my thoughts on each. You can also go here for what we think are the current best DAC and AMP solutions for gaming.

Clearly, gaming is a big focus for a site like ours. From my perspective, in general, a DAC is clearly superior to something like an internal dedicated sound card. First, there’s a lot less impedance when you do the digital to analog conversion outside of your PC. Soundcards, on the other hand, are known to have as much as 10Ω of impedance. Considering the average headphones are only 32Ω, you can see why avoiding sound cards altogether is a good idea for gamers.

Perhaps the bigger test for a DAC is vs. the onboard audio built into your motherboard. Many gamers are more than satisfied at the Realtek or other onboard they have and unless you’re a bit of an audiophile, then you might not notice the difference between the DAC conversion and the conversion that your onboard sound card in your motherboard can do. The impedance is greater when using your onboard audio than a DAC, but the difference is quite a bit less than what you get with a sound card.

That being said I do feel like using the DAC vs. the Realtek ALC889 onboard audio in my system made a noticeable difference. The detail in the audio was vastly improved with full bass and airy audio that added life to the games I play. Of course, the amplification helped as well.

In addition, Creative’s E-Series Control Panel gives you some options in-game that can make a substantial difference. Scout mode boosted my ability to hear footsteps in Battlefield 4 and other features like the Equalizer allowed me to set a greater preference to other lows, mids, and highs that appear in games. Surround and dialog can also be adjusted through their SBX Pro Studio feature. While other software may be able to do similar things, I consider the E-series Sound Blaster software a plus overall.

One lesser-known feature is that the E3 allows you to drive up to two headphones or to separate your audio and microphone when using a headset. This is a good feature they’ve worked into their Inferno Gaming Headset line by including an audio splitter and using a 4 pole 3.5mm jack. 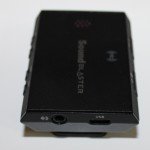 There are certainly other portable DAC options on the market. The Cambridge DACMAGIC is a popular one that’s about the size of a matchbox. While I’d consider the conversion and amplification on that device slightly superior, it’s outdated and $60 more than the E3 and has no Bluetooth option.  Another popular and more portable option is the Audioquest Dragonfly which gives outstanding audio and is even smaller in size, but isn’t as easy to carry with you, can put strain on your USB port,  and lacks Bluetooth.

The E3 rings in at 44 grams, powers pretty much any headphones, and has a very convenient clip which, in my opinion, was one of Creative’s better design decisions with this device. Most importantly, Bluetooth functionality keeps it cordless when you’re on the go with up to 8 hours of audio streaming (17 hours with analog audio). You can use it, along with the built-in microphone, to answer calls from your phone. It’s perfect for use with your tablet or smartphone.

As a standalone DAC and amp the E3 would be considered expensive; however, it’s the flexibility and additional features that you pay for with the E3. If you didn’t need those, going with something like Creative’s E1 might make more sense. The Creative Sound Blaster E1 seems superior to other budget options like the X-Fi Go! and should compete directly with the popular and less expensive FiiO E6 for space in the market. When compared to the Fiio E6, the Creative E1 boasts a longer battery life, Micro USB, and slightly better sound.

Compared to the E5 the E3 has a 112db signal to noise and is made by Texas instruments while the E5 boasts a Cirrus Logic DAC chip at 120db signal to noise. The E1 has an audio fidelity of 106DB SNR.

Additional specifications for these products can be found in the graph to the right which was taken from the Creative Sound Blaster Comparison Page. 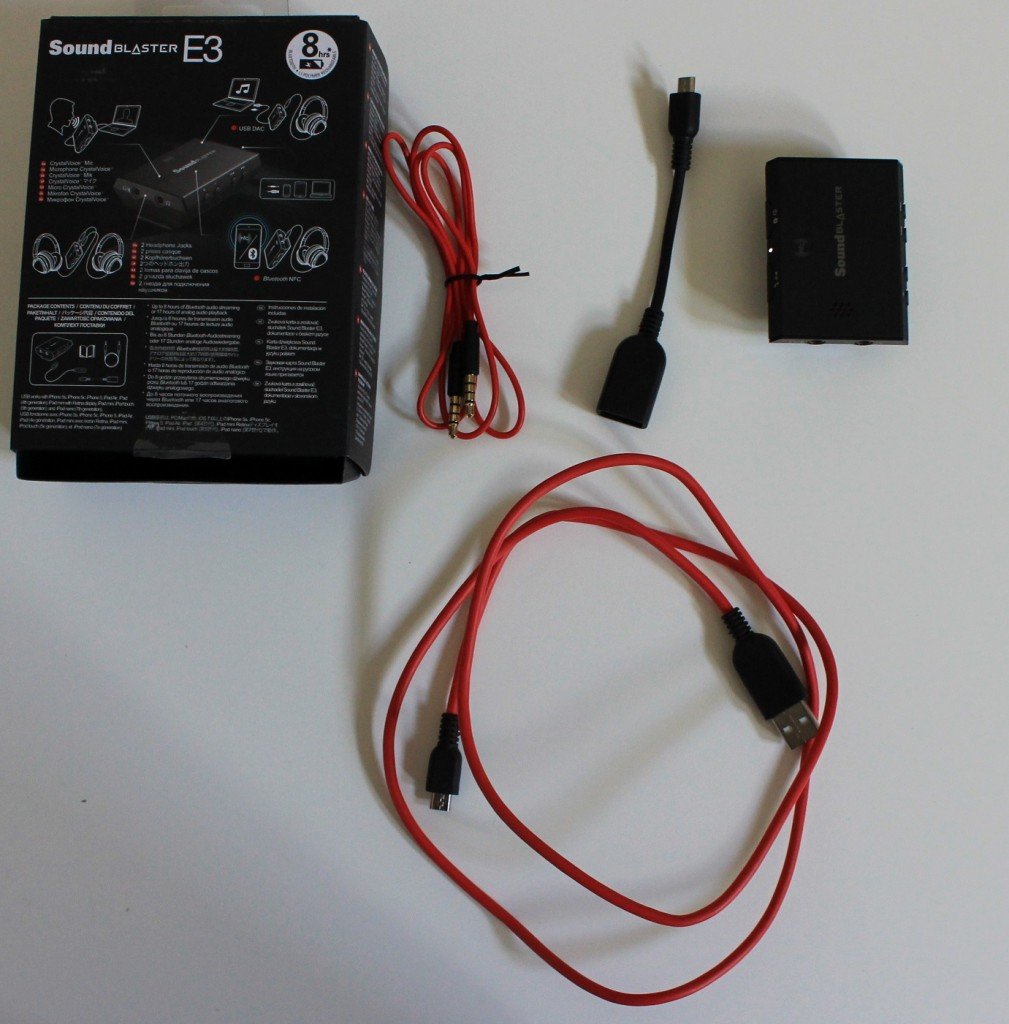 One small criticism I have for the device is how it switches between standard, off, and Bluetooth usage. Having a slider for this option would be much easier than the current setup.

That being said, the E3 is a uniquely designed amp that definitely fills a void in the market for a DAC with high-quality audio that can be used as a sound card for games while still having Bluetooth functionality and portability for when you’re on-the-go. It’s reasonably priced at $129 and is worth it for those looking to take high-quality audio with them.