PC Gaming is growing rapidly in popularity. Unfortunately for some, it’s not the expensive components but rather the energy cost for running your gaming PC every single day that can really be a deal breaker. Even if you’ve chosen a super cheap gaming PC, the cost of running for a few years could even exceed the cost of building it. Here in the US the average cost of a Kilowatt hour is 12.64 cents but ranges from a low of 9.22 cents to a high of more than triple the cost at 30.54 cents in Hawaii.

For those in more expensive countries, the price for a Kilowatt hour averages above even Hawaii’s cost. This means, that depending on your hardware, you could potentially spend several hundred dollars a year simply running that beast of a gaming PC.

With all that in mind, I think most would agree that performance is still important. I set out to build a mini ITX form factor gaming PC that uses parts that perform admirably, but which don’t use a lot of energy.

I did this for a few reasons;

The form factor was kept small as I’ll be putting this in my entertainment center and only have a small space for the PC. Since I’ll be running it pretty much all day long as a media, backup, gaming, and Plex device, energy efficiency is important. Another reason I went energy efficient was to keep the PC itself cool.

The less energy it uses, the less heat it dissipates and with an enclosed area, parts can overheat quickly. For this reason, having an efficient power supply is also important. The final reason is that I wanted a PC replacement for the Xbox One and PS4 as I wanted to be able to use a controller but avoid the premium associated with many AAA games.

Let’s take a look at the build.

This build is now a couple of years old. However, much of the information within it still remains relevant to those of you wanting to build a quiet or energy efficient gaming PC. So, I’ve decided to update it with what I’d choose today. With the Kaby Lake release, go with whatever board and CPU combination provides you the most value. Skylake remains very similar in performance and may be the better overall buy at first. If you go with an i3 in 2017, I don’t recommend you go beyond an RX 470 in performance. This CPU has a bit of a bottleneck with that GPU.

If you’re wondering why the budget range of this computer is so large, it’s because I’ll be giving you multiple options for the build. For some in the $400 category, this build is as cheap as and competes with the graphics you’ll get on consoles. Throw in an Xbox 360 controller and you’ll have a small form factor gaming PC that does what a console can do, but with cheaper games that you can keep forever.

For the processor, we’re looking for something with a reasonably low TDP or thermal design power.

While TDP is a measure of heat, it is directly related to energy consumption. Higher power consumption leads to more wasted heat which ultimately leads to a higher TDP.

Not every budget choice we’ve showed will be the energy efficient option. Our $400 build, for example, includes the Pentium G4560, a  54-watt TDP processor. While Intel does make lower wattage “T” processors, most of them aren’t available in the $50 to $60 range.

The energy efficient i3 option would be the Skylake 7100T @3.4GHz which has a TDP of just 35 Watts. It’s definitely the way to go, in terms of energy efficiency, if you can find it at a reasonable price. Availability for me was limited. Alternatively, you could go with the better performing and slightly cheaper i3 7100 with a higher 51-watt TDP. Either one of these processors I’d consider fairly low wattage compared to processors you’d find in past years.

For those wanting to avoid the CPU bottleneck that can sometimes occur, an i5 will get you where you want to go. The choice here is similar to the i3 but a bit more extreme. You can go with the low 35W TDP of an i5-7500T, or the i5-7600 which has a TDP of 65w.  If you have an enclosed space like I do, I recommend the lower TDP option.

For storage, I recommend you go with one of Western Digital’s Caviar green hard drives. They’re cheap, up to 40% more efficient than other drives, and run cooler than other hard drives. This leads to increased longevity of the drive itself.

If you don’t need a lot of space a better option would be to go with an inexpensive solid state drive or both. Solid state drives use 1/3 less power than hard drives at peak loads. 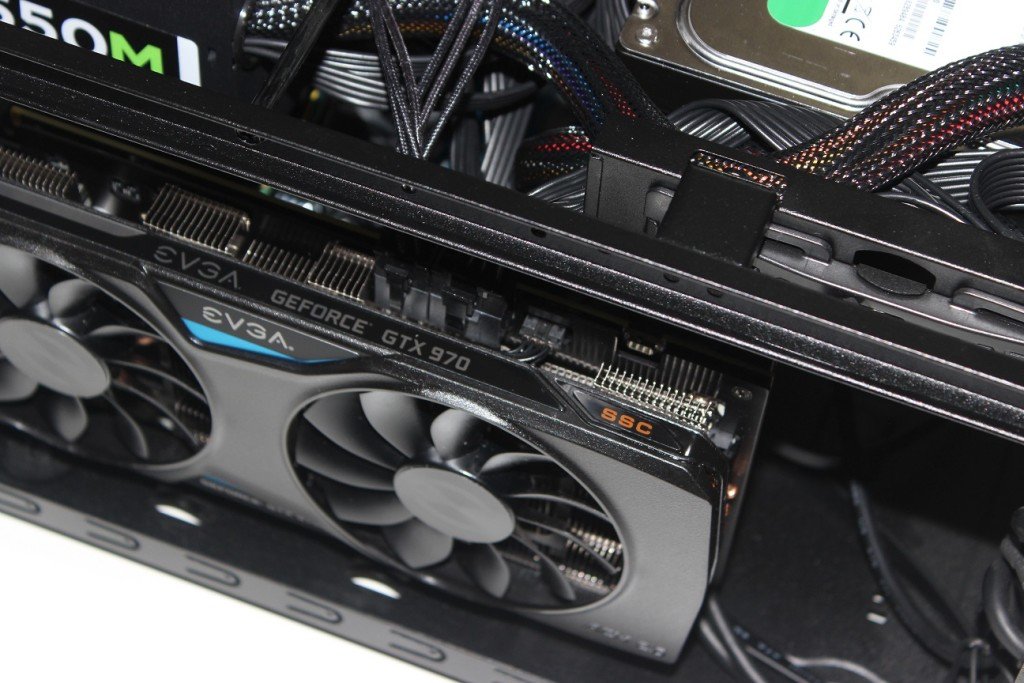 For this build, you’ll want something that’s cheap and at least 80 PLUS certified on the low end or on the high-end something that fits the budget. I was able to find a 500W EVGA 80 PLUS certified PSU for as low as $25 for those of you sticking to the $400 budget. For higher budgets, I like EVGA’s 220-GS-0550-V1 80 Plus Gold 550W power supply for around $55 after rebate this month. For my personal build, I used a CS 550M I purchased for around $45 last holiday season.

There’s a wide variety of motherboards which you could choose for this build. If you go with a Haswell refresh processor, be sure to go with an H97 or Z97 motherboard so you don’t have to worry about updating the Bios. I personally chose the H97M-ITX/ac because it had WiFi, Bluetooth, was compatible with Haswell refresh processors, has USB 3.0 headers, and came in at $69 after rebate. If you plan on overclocking your PC, go with a similar Z97 chipset board.

Those of you sticking to the $400 budget may want to use something a bit cheaper like MSI’s H81M-P33 for $40. Keep in mind that this is a Micro ATX rather than Mini ITX case so you’ll need to plan accordingly.

The Rest of the Parts

Everything else in this build won’t matter as much when it comes to energy efficiency. We’re using the Cooler Master Elite 130 as our case. This is because it was a cheap USB 3.0 ITX option. In addition it has a couple of included fans, and can house a full-sized graphics card. For case, just be sure to check GPU length and our case compatibility list. For Ram, just go with a cheap 2x4GB option.

Keep in mind that these benchmarks are for the i3-4160. It’s my opinion that these would be slightly higher with a comparable Kaby Lake  i3 paired with the GTX 970 due to other tests I’ve made with higher powered processors. 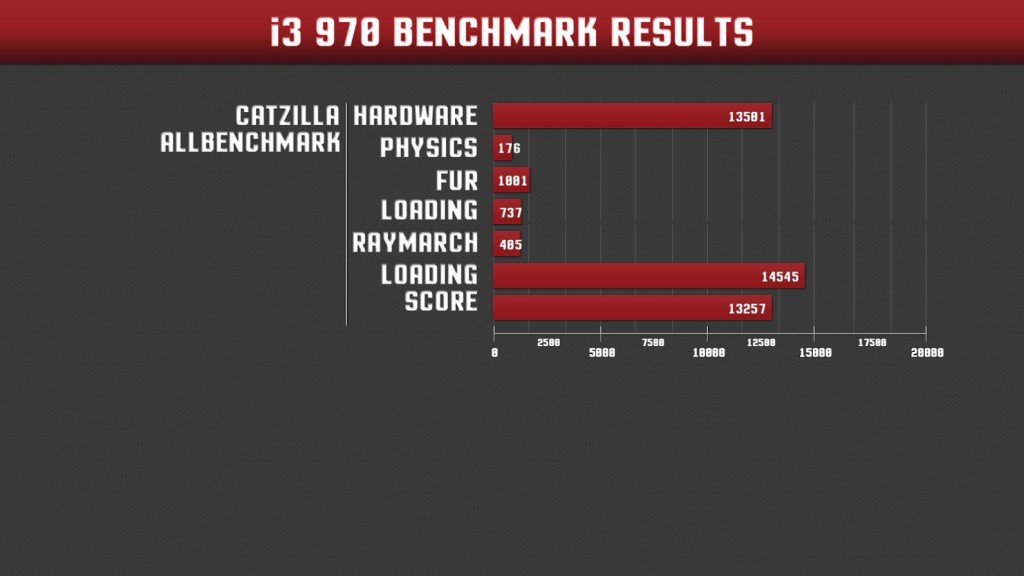 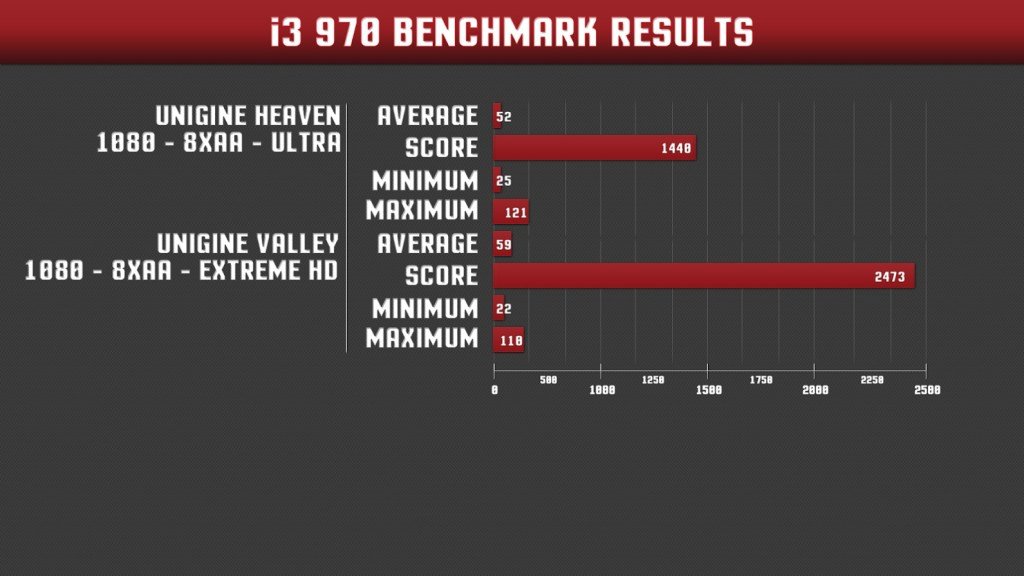 Ultimately, I decided to go with the higher TDP and performance i3 with a GTX 970. Compared to other benchmarks using an i5, these results will be slightly lower; however, as you can see they’re good enough for the 60 frames I wanted to use with my TV.

As you can see in the pictures below this PC averages from 46 to 53 watts. When under a typical load playing Battlefield 1 it’s more like 100 watts. In one day’s use I ended up having around 1.06 kWh which for me is only around 12.72 cents. Assuming you run this computer in a similar fashion of around 12 hours a day for the entire year you’d end up paying about $46.43 in my area. Overall, this is a higher estimate as I don’t typically run my computer on weekends. Still, it’s very affordable when you compare it to other gaming computers.