Today we’re going to be taking a look at the Galax GTX 1060 White EX OC graphics card in my Ryzen 1600 Gladiator build. In case you missed it, I recently did a full build video on this Ryzen 5 system that came in at around $1000.

As this is one of the Galax EX OC cards, it has an advertised “Extreme Overclock” of 1556MHz and a boost clock of 1771MHz which is about 3% faster than a reference card so nothing too crazy. I was able to put an additional 175MHz on the core and 300MHz on the memory.

The memory by the way was the same speed as a stock 1060 out of the box.

Keeping the card cool we have some beautiful nickel plated heat pipes and a white shroud that will be sure to fit in with any white or monochrome systems. The shroud houses dual 90mm fans that both have white LED’s running while the system is in operation. So, that explains why Galax went with transparent fans here rather than solid ones.

Galax also did include a white backplate on here that’s made from aluminum alloy and I quite like the look of it. I think it could have done without the hazard stamp on here, but that’s just my personal opinion. Let me know your thoughts down in the comments. 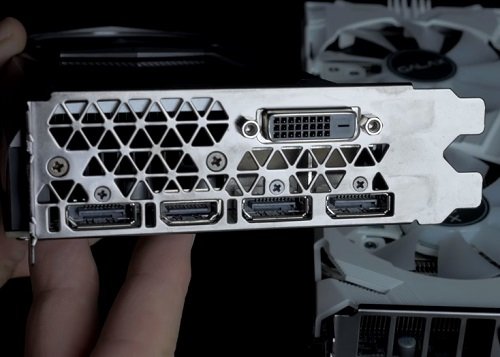 One other thing that I found rather questionable was the rear I/O that sought to include just a single Displayport connector while having dual DVI ports in addition to the lone HDMI access point. I really just wish Galax had stuck with the Founder’s Edition layout of 3 DisplayPort, 1 HDMI and 1 DVI. That just gives the most amount of flexibility in a modern gaming setup, but I could be wrong. As with the backplate, I look forward to reading feedback in the comments.

So getting on now with the testing which as mentioned prior was done overclocked that saw the card settling around 2050-2100MHz with GPU boost kicking in, while the memory was just above 4300MHz. Also our Ryzen 1600 was set to 3.8GHz along with 16GB of Corsair RAM at 2933MHz.

I chose to do all the testing at 1080 and 1440p with high settings on a good mix of modern titles and I was actually really impressed when isolating the 1060 in today’s testing how well it can power 1440p gaming just by allowing yourself to come down to high settings. I know for a fact that many of titles I looked at would have really struggled to maintain smooth performance at 1440p ultra settings, but high ran great and honestly it would be very hard to spot the difference between the two and given the choice I rather play 1440p at high than say 1080p at ultra.

But we will start with our 1080p graph with the average framerate, 1% and 0.1% lows and in that you’ll see that the 1060 is not really struggling very hard at all to power these games. Very likely if you are looking to pick up this 1060 or any other you will be able to run these games at increased or even ultra settings if you’re gaming at 1080p. I would even say 1080p 144hz gaming would be a nice sweetspot for this card with high settings. You won’t get a solid 144 frames, but it will without a doubt maintain smooth performance.

The game that struggled the most for me was PlayerUnknown’s Battlegrounds, but it still played very well at 1080p and could manage 1440p as well. This is an early access title so future optimization is expected, but with how popular it is right now, I felt it was something that should be included.

AND For those that are curious I tested performance around the Rozhok area of the map.

You’ll see in the 1440p graph, that was the only title that went below 60 in the average fps, while all the other games ran great paired with Ryzen 1600. Battlefield 1 and Rainbow Six Siege both stayed over 60fps average so nice to see that. Both of those games can be rather CPU intensive, but even just at 3.8GHz I didn’t find the Ryzen 1600 as the limiting factor in testing, but rather the 1060 which got pushed as far as it could go. 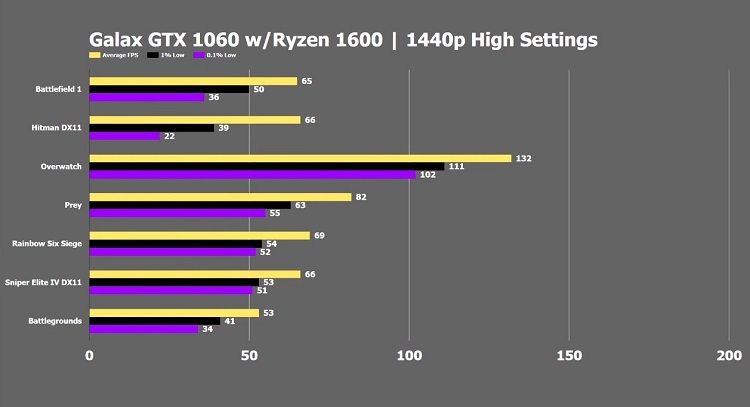 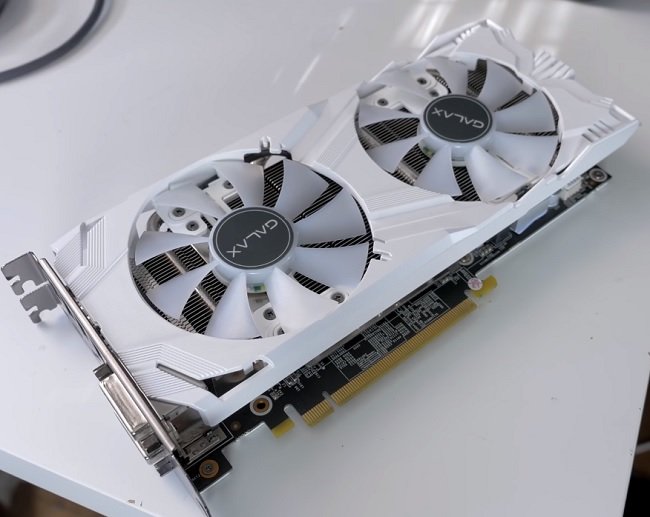 In all that testing the highest temperature I noticed on the Galax card was 63 degrees celsius so doing an OKAY job of cooling the 1060. I think the main selling point of this particular card for people out there is going to be the looks more than anything. Having the all white shroud and LED’s make it stand out for sure as there are only a couple cards out there with coolers in this color scheme.

Galax has the card listed right now on their own site for $239 and that is on par with what you would expect to see most 1060’s right now I feel. I have no issues recommending this card though to anyone interested in it. Just beware of the somewhat limited connectivity options if you’re planning to connect multiple 1440p high refresh rate monitors, you’ll be somewhat limited there to a single displayport connector, but that’s likely not going to be many people in the market for a sub-$250 GPU anyway.

I was unable to find the card on Amazon at this time or Newegg, but if I find them at a later date then I’ll update links in the description for those pages. But please let me know your thoughts on this card down in the comments and what you would change if anything. Also leave a like on the video if you enjoyed it and subscribe if you’re not already. But I’ll catch you guys next time turrah.