The graphics card market is steep these days. So, we’ve been getting a lot of questions about how to build a gaming PC without even using a graphics card. Choices were limited before. You could use the integrated graphics of what was already available or AMD’s previous generation APUs.  Enter Ryzen’s Ryzen 2200G and 2400G APUs with VEGA graphics. These two APUs give us a much better option not only for graphics but also as a way to upgrade to a graphics card if you want to later on.

Here are a few questions we’d like to answer:

So, let’s get into the build, look at the price, and give you an idea of what type of performance you can expect.

As we feel the main draw of these APUs lies with budget PC builders, we’ve put together an extremely cheap PC that includes both. Both of these options offer a fantastic upgrade path to something like a 1050 Ti, GTX 1060, or AMD RX 570 when you can afford it. That being said, if your aim is to play many of today’s e-Sports, you might just be surprised at how well it does with no graphics card altogether.

Here’s a look at the specifications for each of these processors:

Alternatives to this setup:

Similarly priced alternatives to the 2400G setup include the Pentium G4560 and the GT 1030 as well as the R3 1200 and GT 1030. From what we’ve seen you’ll get very similar performance out of either, perhaps a bit higher. However, the Ryzen 2200G offers a value that, to us, doesn’t have another alternative.

You get fairly similar performance at a cost $70 cheaper. What’s more is that if you hold off on buying a GPU initially, you can buy a mid-range graphics card without worrying that your CPU in gaming will be a limitation. Considering the crazy GPU prices we’ve been seeing lately, we definitely see the appeal. 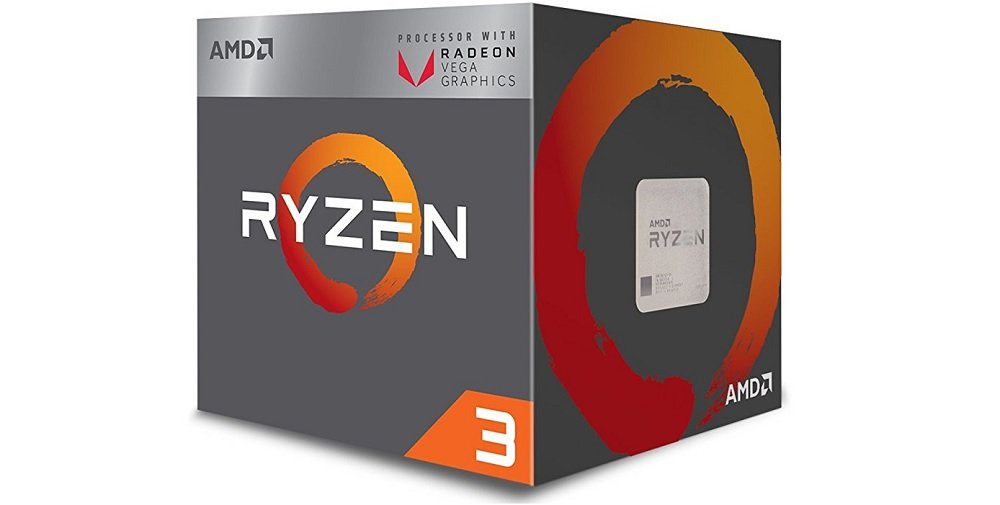 Both the Ryzen 2200G and 2400G support overclocking; however, you’ll get minimal results without a CPU cooler beyond the included stock wraith cooler.

As 400 series motherboards aren’t out yet, we’re going with a B350 option. The B350 chipset is compatible with a simple BIOS update.

You can use FreeSync with either one of these APUs; however, you may want to determine whether you plan on using it up front. An inexpensive motherboard like the MSI PC mate would be perfectly fine if you don’t. However, if you do we recommend something with DisplayPort like the ASRock Fatal1ty AB350 Gaming. This should set you back an additional $20 to $30 depending on rebates. You may also want to look for an X370 motherboard on a rebate.

As a third option, you can avoid using FreeSync for now, eventually, purchase an AMD Radeon FreeSync compatible graphics card and then run your FreeSync monitor through the ports on that.

Your ram speed can have a direct impact on your APUs performance. And since the difference between 8GB of 2133MHz memory and 3000MHz memory is only around $10, we recommend you go with something that’s faster here. We were able to find a 2x4GB kit of G. Skill Ripjaws V series for around $90. Dual channel has also shown some performance improvements with APUs in the past although we haven’t measured it here. Yet, going with a 1x8GB option may make sense if you’re planning on upgrading to 16GB later on.

The parts in these two builds come in at around $380 (after rebates) for the R3 build and $450 for the R5 build assuming you spend $70 on your hard drive. We’re recommending you go with a solid-state drive. There are a few 240GB options in this price range that make sense. The SanDisk SSD Plus is this price every day. Of course, adding an additional TB hard drive would only cost you an additional $50. Or, you could grab one out of an old system.

Our budget for the case here is around $40. Depending on what’s sale we might recommend a particular gaming case. Something like Corsair’s Spec 01, 100R, 200R, or the Thermaltake Versa H21 or 22 would be a good option.  We’ve given you a list of our favorite gaming cases here if you want more details.

You can regularly find an 80 Plus 450W power supply for around $20 to $30. That’s the budget we’ve set up here for our system. We’ve ranked power supplies by tiers in the past which is also a good resource. However, we find that the EVGA W1 430, 450, or 500W power supply option is most often on sale for a reasonable price.

Overall Ryzen’s new Raven Ridge APUs offer a fantastic option for a cheap eSports build. Games like Overwatch, Fortnite, LOL, DOTA 2, WOW, CS:GO, Hearthstone and many others are easily playable with some tweaking. Even AAA titles like Battlefield 1 and Civ VI are playable if you’re willing to tweak settings in 720p.

This is an impressive offering from AMD and certainly something that gamers have been waiting for. Considering the current state of the graphics card market, it’s nice that there’s an alternative available to overpriced GPUs.