If you’re looking for a good graphics card in the under or around $200 price point, you’re likely as confused as I’ve been as to what graphics card would be best in this price range. As this is one of the more confusing GPU markets I’ve been a part of I thought I’d like to try and provide some clarity where I can.

Before I move forward with my GPU picks let’s talk about DirectX 12 and whether it’s important or not going forward.

How Important is DirectX 12 Going Forward?

DirectX 12 is a software developed by Microsoft (Windows 10 API) that talks to all of your computer’s components. What it aims to do is decrease your CPU overhead by more efficiently using the GPU. By using the graphics card more often, your processor won’t have as much to do.

Processors with additional cores should also have a solid advantage vs those with dual cores. DirectX 12 will use all the cores simultaneously rather than putting as much of the load on the first core as DirectX 11 had done in the past.

It’s important to realize that the games most affected by DirectX  12 going forward will be those built from the ground up with DirectX 12.

If you’re wondering what games support DirectX 12 right now, I’d point you to an ongoing list from Wikipedia. In the upcoming games list, there are some huge titles we’re all looking forward to here including Battlefield 1, Gears of War 4, and Civilization VI. You can bet that many more games will be added to this list shortly.

So, is it important?

It’s definitely important moving forward but it’s also important to realize that many of the games we play right now were built with DirectX 11. As we move forward and more and more games are released, it will become increasingly important.

How Much VRAM Do you Need?

You’ll have to think about more than just DirectX 12 when purchasing a graphics card at this price point. What resolution you plan on using and whether you want to go with a FreeSync or G-Sync monitor are a few of the questions you’ll need to ask yourself. How much VRAM you’ll need as well as your insistence on gaming with the Anti-aliasing cranked all the way up is another discussion.

It’s likely the majority of people using the graphics cards at this price point are still planning to play in 1080p with a few wanting to game in 1440p. The higher the resolution, the more VRAM you’ll need. With most games, 3GB will, in fact, be enough. That being said I do see a trend where more modern titles are using more and more VRAM. So, 3GB may be an issue at this resolution in particular games. If you get 3GB, adjusting the anti-aliasing or textures in a VRAM-heavy game will give you better performance.

How frames are affected if you don’t have enough VRAM varies quite a bit by card. Also, just because a card doesn’t have enough VRAM, it won’t put up as good as numbers as another card with more. Graphics Driver software manages GPU memory in different ways as well which makes the answer even less clear.

If you could find one of these cards in stock, it would probably be my choice here. The RX 480 4GB edition gives similar performance to the 8GB edition and costs $50 less. These cards can even be flashed to 8GB cards as the memory is actually there.

Unfortunately, these cards are simply not around. So, you’ll need to look elsewhere. 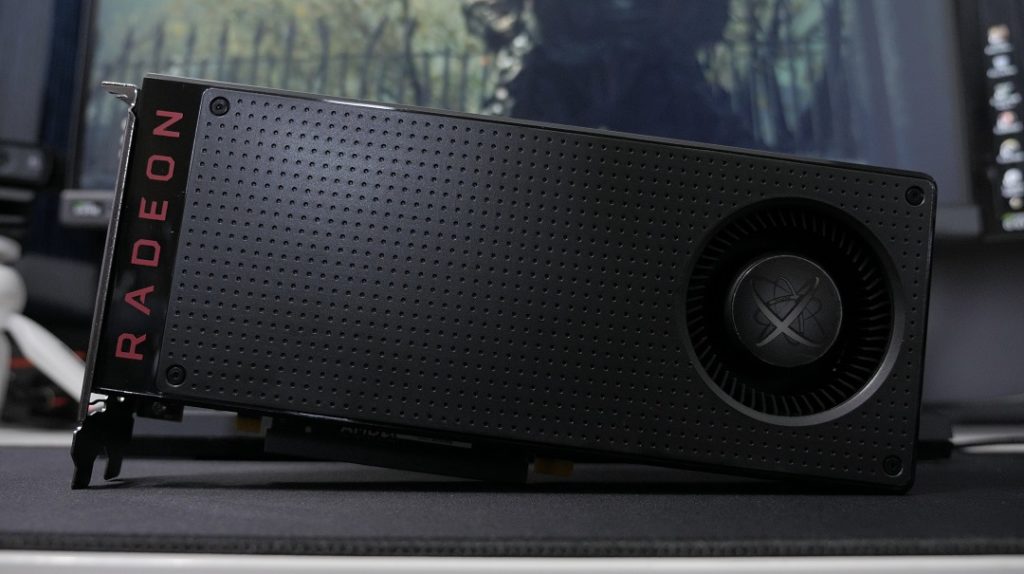 I was impressed when AMD first released the RX 480. It’s a solid performer but the average price for this card is around $52 over our budget. Many people will tell you that the extra 4GB of RAM here is worth it vs the 4GB so that the card has more longevity and better resale. From what I’ve seen, this could be true. 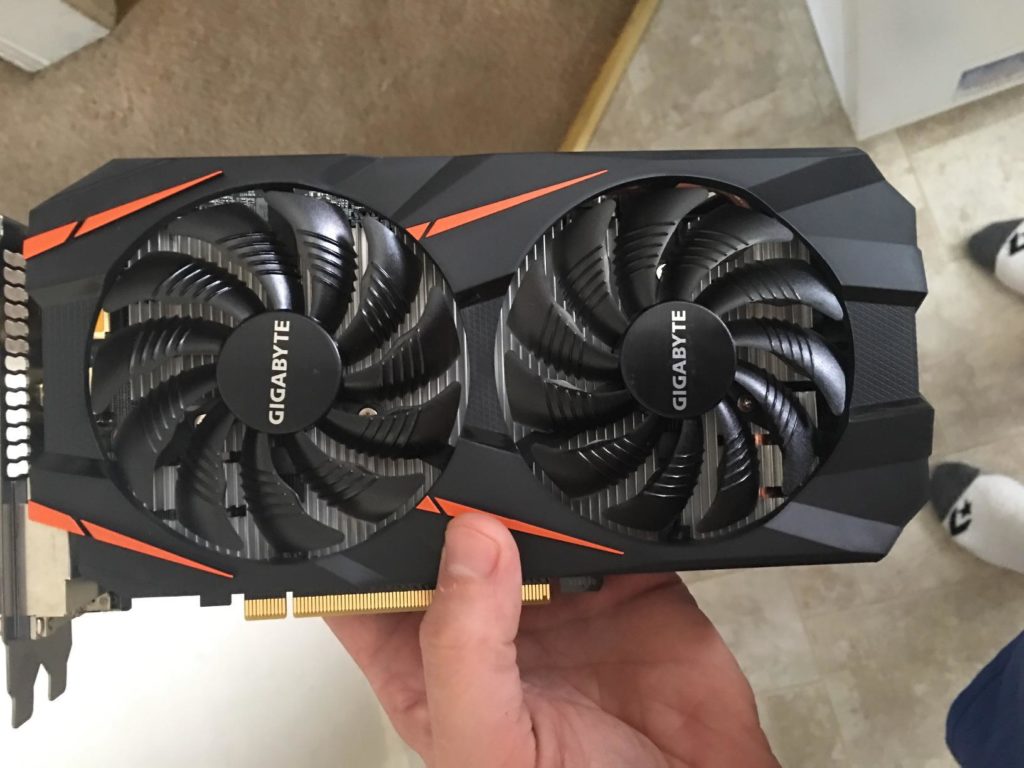 There are those that will argue that the 1060 gets trounced by the RX 480 in DirectX 12, but more benchmarks are required to truly see what we’re looking at here.

As of right now, in DirectX 12, the 1060 edges out the 480 in Rise of the Tomb Raider (1080p and 1440p) and falls behind in Hitman and Total War: WARHAMMER. AMD cards also have a slight edge in a title I’m not fond of using, Ashes of the Singularity.

If this trend continues I’d say that AMD cards will benefit more overall from DX12 than NVIDIA cards. Again, I’d still like to see more testing. Battlefield 1 will certainly be a good opportunity to see more.

If power consumption matters to you, the 1060 is simply more efficient than the RX 480.  Unfortunately, SLI is not available on the GTX 1060. So, keep that in mind if you were thinking about doing a multi-GPU configuration in a couple of years.

If you’re sticking to the $200 budget, this is the true battle right now.

Compared to the RX 470 it gets edged out in DirectX 12 titles, other than Rise of the Tomb Raider, while carrying a solid edge in DirectX 11.

Overall, I’d personally spend $50 more here to go with either the GTX 1060 6GB or RX 480 8GB. I think it’ll give you a bit more longevity and improve the resale ability of these cards in the future. The GTX 1060 is likely to give you better performance on titles you already play out of the gate while the RX 480 will likely close the gap or perhaps even exceed the performance of the GTX 1060 going forward. You’ll have to decide what’s most important.

Before you go, leave us a comment and take our poll to let us know what you think. If these cards are out of your price range, be sure to check out our analysis of the $100 Graphics card market.