While going with a mechanical keyboard is certainly an option which many gamers prefer, some either don’t have the money for one or still prefer the feel of rubber dome switches. Others may opt for mechanical keyboards with clone switches, a newer trend on the market. So, if you’re looking at a cheap option under $50, what should you get? In this post, I’ll share five of my favorite rubber dome, clone mechanical switch, and even some inexpensive Cherry MX mechanical keyboards options.

Do you really want to pay for LEDs?

Being able to customize your PC build and peripherals with lighting is a big deal right now. Call me old-fashioned, but I don’t see why. The mechanical keyboard I use as my daily typer has LED lighting and I simply switch it off most of the time. Sure, it’s cool during night gaming sessions or when you’re showing off your system, but otherwise, it gets kind of annoying.

While most of the keyboards I recommend come with backlighting, none of them have full customization. The difference is often a savings of around 40%.

With nearly 50 Cherry MX clones out there right now, it’s difficult to know which ones provide the best quality. For those which care to do research, here’s a reddit thread with quite a bit of information. 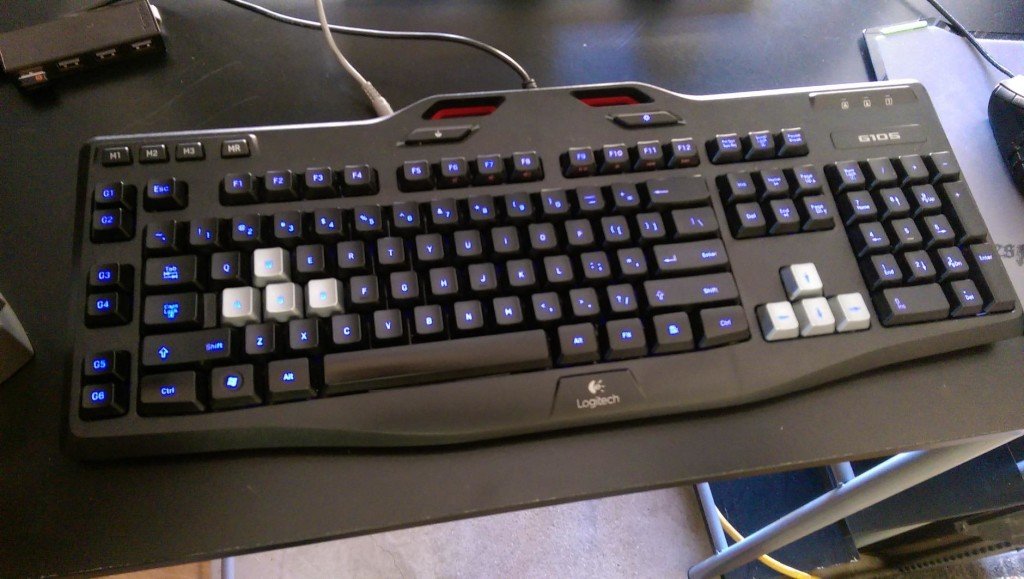 While the G105 is a rubber dome keyboard it does have a quality feel with its key presses. In addition, the Blue LED lighting is nice for nighttime gaming.

Overall, the G105 is deserving of its place on this list. It’s a good deal around $40, but try to find alternate game-specific versions for an even bigger discount. 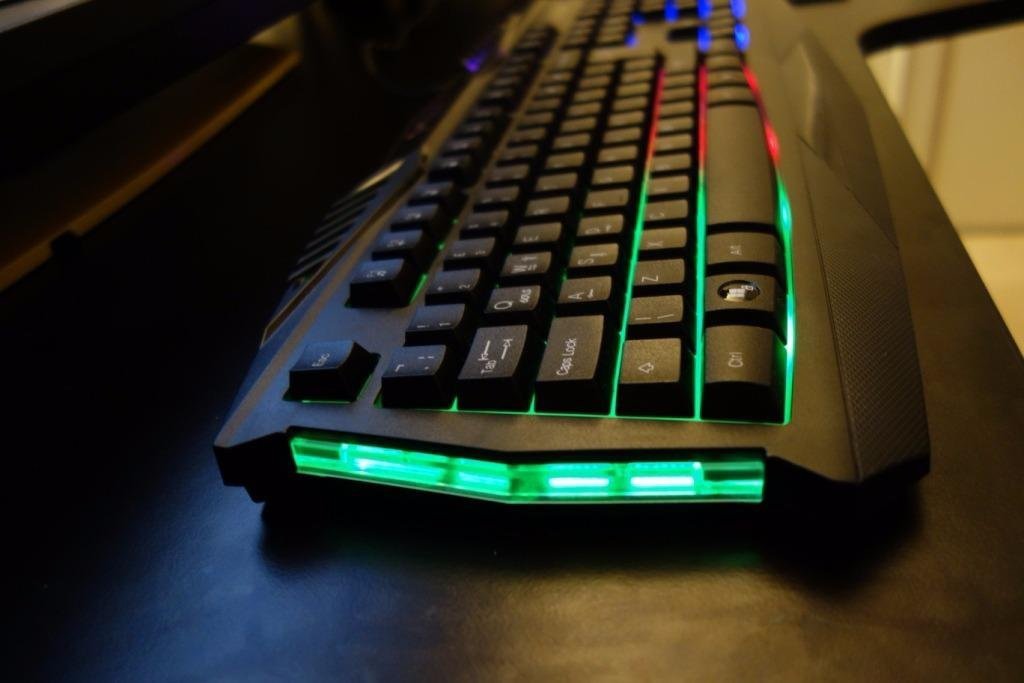 The Hiraliy gaming keyboard is one of the most popular gaming keyboard mouse combos on the market. The keyboard itself is stunning with a rainbow of LED backlit lights. The finish is smooth and comfortable and the bottom includes two anti-skid mats for those intense battles.

It’d be nice if the keyboard came with programmable LED lights and a braided cable. The mouse also leaves a lot of room for improvement and there I wouldn’t recommend it in a competitive environment; however, it’s good enough for casual gaming. You can find some cheap and good gaming mice as an alternative here.

That being said for $40 you’re getting a pretty good deal and if you don’t play twitch-sensitive games, it’s not too bad. Finally, the keyboard and mouse both look amazing. The breathing feature and brightness of the LEDs look great in any room as you can see in the picture. 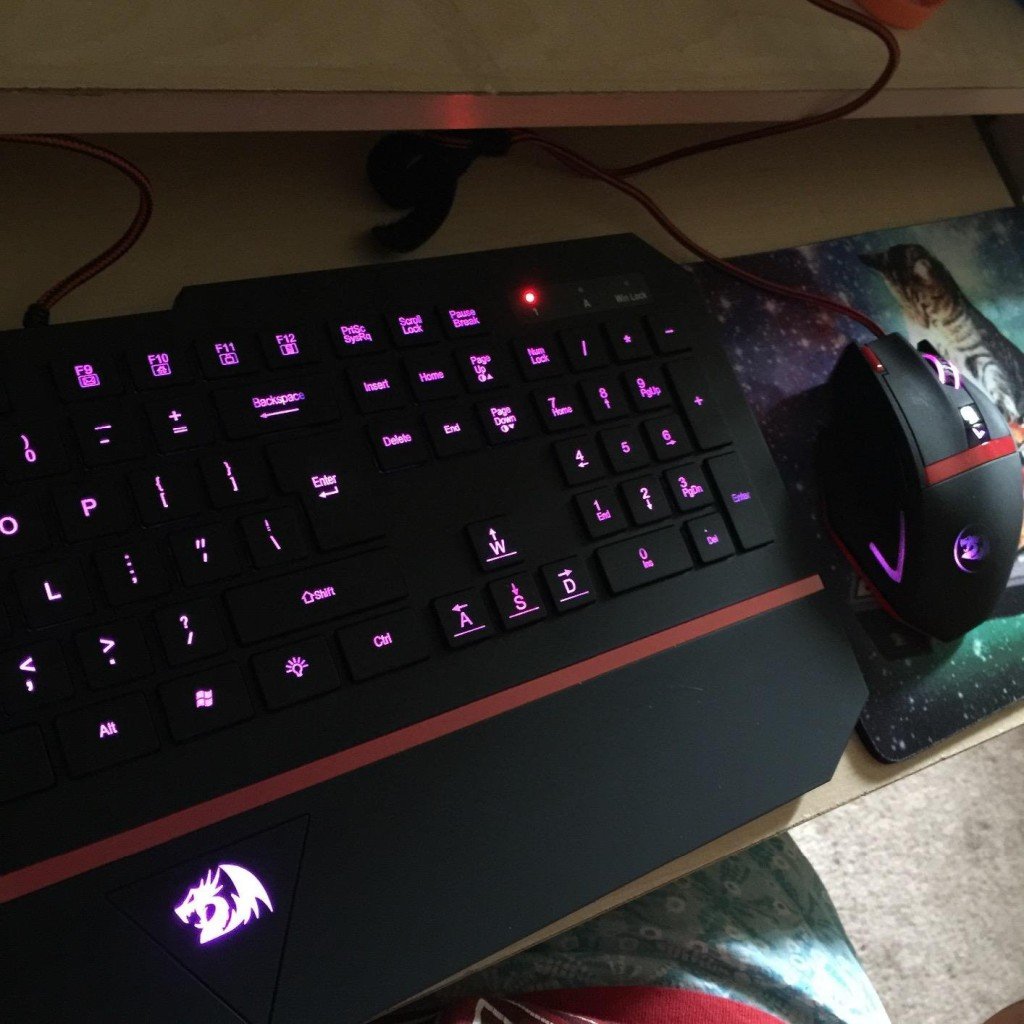 Redragon is a company we’ve tested some products from in the past. Though some would consider them cheap or generic, I’d consider the quality beyond that for the price you pay. Even more well-known manufacturers use cheaper materials when constructing models that they plan on charging less for. Again for what you pay, Redragon does a good job for both its mice and keyboards.

The board itself is made with aluminum and ABS construction, custom mechanical keys (clone), and a gold-plated USB connector. Lighting allows for one of 7 colors for you to choose between along with a colorshift and blinking effect.

Additional adjustments can be made on the keyboard itself for both color and brightness. There’s an additional option which allows you to switch your WASD keys to where your arrows are placed. This works out ok if you want that layout, but is ultimately not necessary for those who prefer to use their left hands as a directional option with the number keys right above.

The Kumara is a $30 to $40 keyboard with a lot to offer including stiff mechanical keys, programmable keys, and backlighting. It’s also important to understand its limitations. These are not Cherry MX keys so the experience won’t feel quite as perfect. In addition, the backlighting is good not great. Still, it’s one of the better options in this category, so if you’re looking for a cheap mechanical option that has LED lighting, this is a good option. 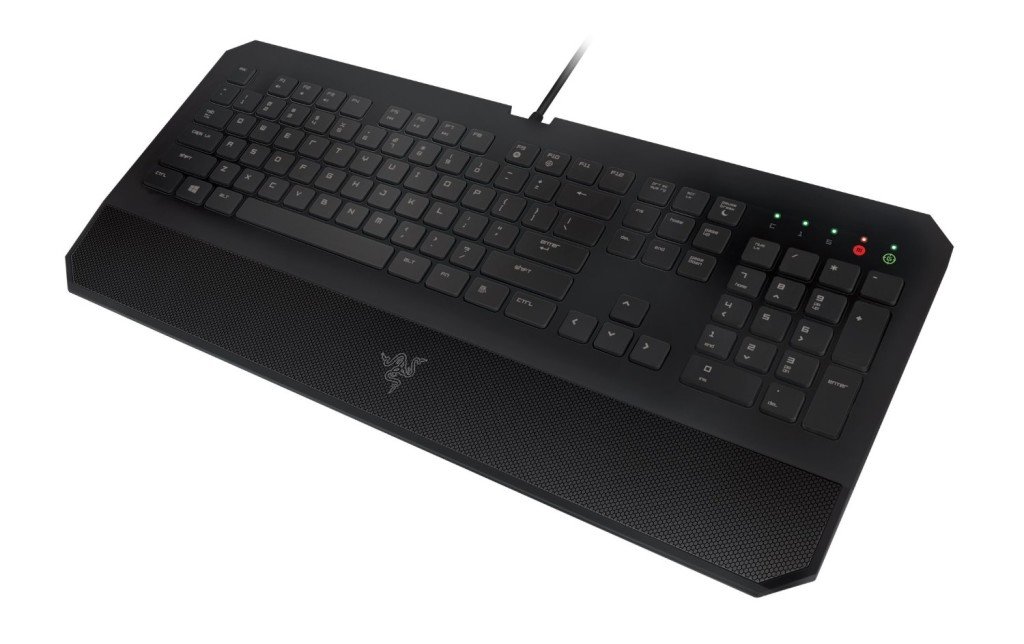 The Deathstalker doesn’t come with mechanical keys. That’s not what it’s built for. It’s built to be a responsive gaming keyboard for people who don’t necessarily want the noise or click feel of a mechanical keyboard while having all the gaming features they need. These features include 10 key rollover, Razer’s green backlighting, chiclet keys, a textured wrist rest, and rubber feet.

What may be a draw to many for this rubber dome keyboards and others is the low profile of the keys. While mechanical keyboards can stick out far above the frame, these keys stay pretty low and some prefer to type this way over long periods of time. 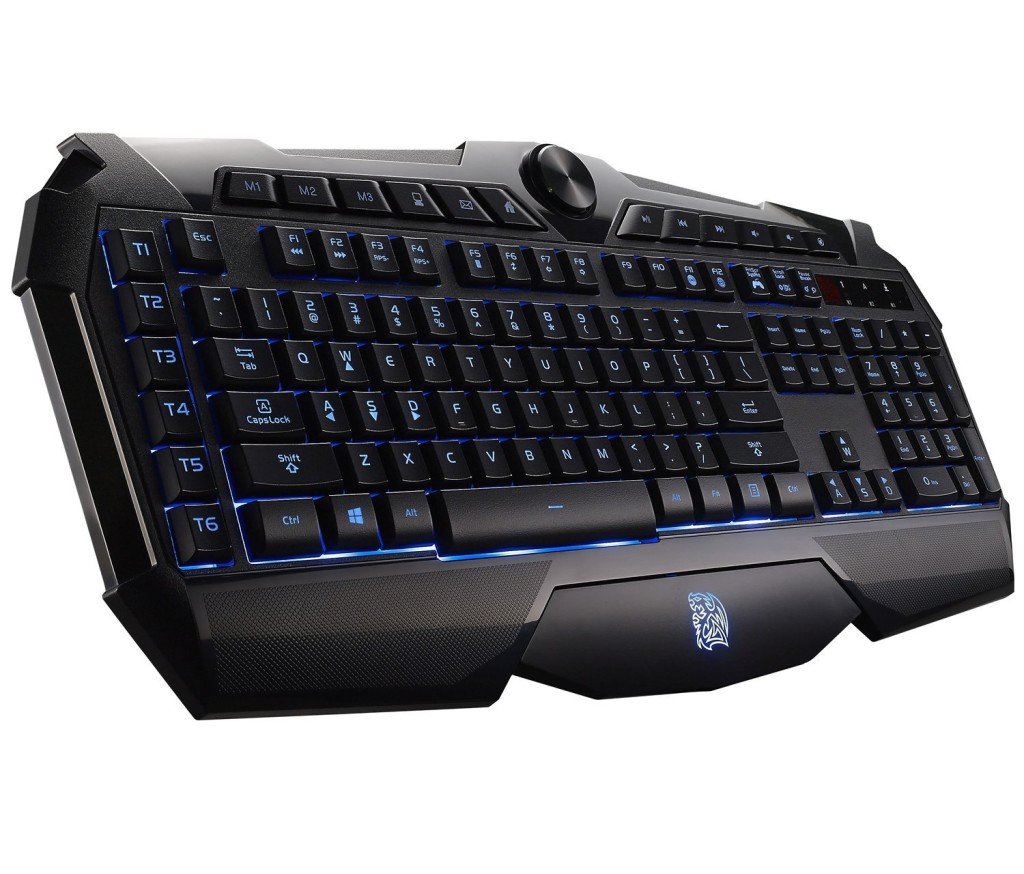 I’ve regularly seen the Thermaltake Gaming Keyboard, model KB-CHM-MBBLUS-01, go for around $30. If you can get it for that price, it’s a great deal.

The brightness wheel at the top, 9 dedicated media keys, 9 additional programmable keys, and 3-color backlight (red, purple, and blue) give you everything you’d need in a gaming keyboard for games like WoW or LoL.

If those programmable keys aren’t enough, it also gives you the option to re-map all the keyboard keys. I wouldn’t put it on a competitive level of responsiveness, but overall, you get a lot for the money you spend on Thermaltake’s low-end model. 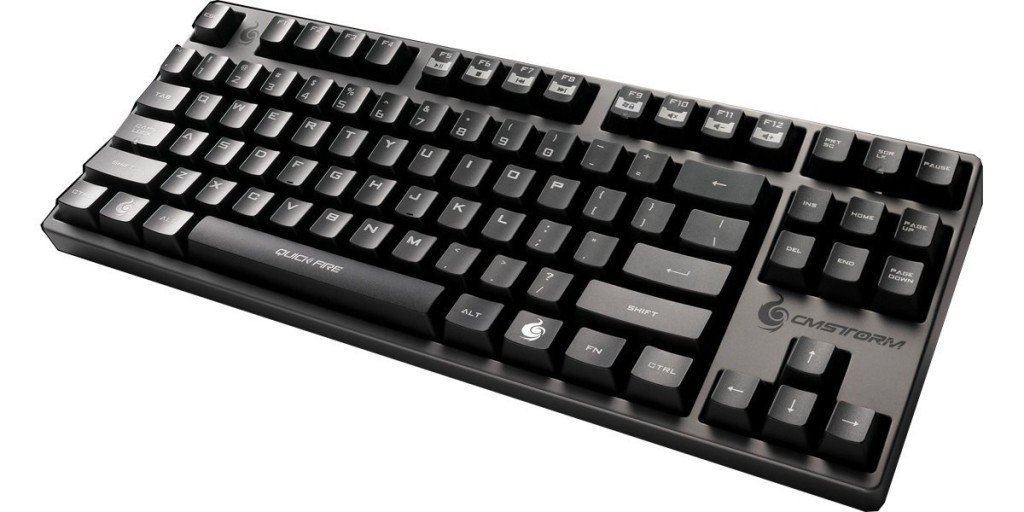 You have to be careful when talking about mechanical keyboards these days. While many of the more expensive keyboards have Cherry MX keys even some high-end manufacturers are now using knock-offs which, in my opinion, don’t have the same quality.

If you’re trying to save money and use your keyboard exclusively for gaming, I’d recommend the tenkeyless Coolermaster QuickFire Rapid. It’s available in Blue, Brown, Green, and Red Cherry MX Switches.

It’s cheaper because, of course, there are fewer switches and keys that Coolermaster has to incorporate into the design. In addition, there aren’t any LED lighting options.

As far as tenkeyless is concerned, that’s something that I really like for FPS Games as I tend to grip the keyboard to get additional traction on the sides with my pinky. So, the lighter the board, the better.

Overall, it’s a great option for as low as $60 and as high as $80. It’s one that should be considered, at least in my opinion, above other cheaper Cherry clones on the market. Another good option would be Logitech’s  G710

mechanical keyboard. Before trying its hand on its own mechanical switches, Logitech released the G710. The G710 is a few years old at this point, but still has Cherry MX Blue or Brown keys. So, if you can find it on sale for around $80, its one of the better full-sized mechanical keyboards you can get for around that price. The G710+ is also another cheap and good option, but is a bit polarizing because of its tactile-shaped keys.

Overall, there’s a lot to like in these budget gaming keyboards. Still, some may tell you to pay up for something more expensive. What do you think?