So, you’re thinking about building your own editing machine. Rendering and other tasks are taking way too much time and that time is costing you money. I ran into that problem several years ago and decided it was time to go for it.

At the time, I didn’t understand computers very well. What parts were compatible and which ones to choose I didn’t really know about. So, I asked a good friend to help me build my own computer and I couldn’t believe how easy it was. It couldn’t have taken more than an hour and I was more than satisfied with the results.

The performance was completely superior to anything I’d ever worked with before. Now, I’m not saying you can’t go out there and spend a fortune and get a high-end machine. You certainly can. But, there’s something about putting a machine together yourself, using parts you trust, and knowing how and where you can upgrade for the future.

The Right Build for Your Workload

To help save you time, I created this page to give you several different options for a PC build. How much you spend should really depend on how much time it can save you and obviously what you can afford. If you render one video a week, for example, it’s probably not that important. If you’re constantly doing it or plan on streaming video games, a high-end option could make you much more productive.

Not everyone has an unlimited budget to build a PC. I get that. So, a good place to start is to get the parts that will give you the most performance for the money you spend. Deals and timing are important.

Where to Save Money

If you have a smaller budget, you should prioritize saving money on parts that offer little in terms of overall performance. This includes your case, power supply, motherboard, and your storage.

You won’t find rebates on everything you purchase, but you can regularly find them on certain components. Specifically, power supplies, computer cases, and motherboards are nearly always on rebate or sale. Look for a good deal.

Combos are available for everything from your processor to your graphics card. However, I don’t typically like combos advertised by online retailers. Sale combos pair less than ideal parts together and rarely offer any true savings.

While I can’t know how you specifically are using your computer, I’m making this list to give you a general idea of performance. The best way to know exactly what you need for the key parts, like your CPU and graphics card, is to check out performance benchmarks for the software you use most. Sites with performance comparisons like Anandtech or Tom’s Hardware are pretty good as a general reference.

Choosing a Processor for Editing – Intel vs AMD

The first thing you should think about when building an editing or streaming computer is which processor you’d like to use. The processor you choose will ultimately lead to your decision on a motherboard and plays a key role in the tasks you perform on a daily basis. It needs to be good. So, if you’re going to splurge, splurge here.

*CPU will likely take this build over budget.

If you go with a Ryzen processor, for example, you’ll need a compatible AM4+ motherboard. On the other hand, Intel’s latest 8th generation Coffee Lake processors use 300 series motherboards. Right now the Z370 motherboards are the only option available.

Still, availability for the i7-8700k is limited and will likely cost you around $100 more in its setup than the Ryzen 7 1700. So, that’s something to keep in mind. The i7 8700 can get you closer to that amount if you don’t plan on overclocking.

Are You Really Going to Overclock?

Yes, it’s free performance. But are you really going to do it? Polls show that most people don’t bother. Yes, even those who purchase an unlocked processor. So, why spend the extra money on a good motherboard for overclocking and, if going with Intel, a “k” processor that costs quite a bit more for no real advantage?

As AMD Ryzen’s performance greatly improves with overclocking,  I wouldn’t recommend it as highly for those of you who plan on sticking with stock speeds. So, keep that in mind. Many benchmarks shown online not only include a Ryzen overclock, they also include higher speed memory. Still, there are some compelling reasons for Ryzen which is why I’ve included the option in the table above.

*Pricing for this product can be volatile. If you can find a GTX 1070Ti for a similar price, go with that.

For the graphics card, aim for one which is optimized for the game you plan on streaming. To avoid the strain on your own system, it may be advisable for some to build a secondary PC for encoding and for compression, as well as using a good capture card that works seamlessly with your streaming software of choice.

As this PC is focused on streaming as well as photo and video editing, a graphics card is indeed important. So, we’ve dedicated a sizeable portion of each budget build to it. Even if you don’t plan on streaming, a GPU can greatly reduce your rendering time.

I’d like to tell you that one specific graphics card would be a better option for you; however, with the volatility in GPU pricing, and the variance in performance from game to game and program to program, it’s better to take current pricing into account. So, the table shown here is more of my general recommendation.

Choosing a Motherboard for our Editing Build:

*CPU/motherboard will likely take this build over budget.

If you don’t plan on overclocking, your motherboard will have little impact on your PCs overall performance. Take a look at memory speed requirements, get the features you want, and don’t pay more than you need.

If you go with one of Intel’s 8th generation processors, you’ll need a 300 series motherboard. Yes, the new CPUs fit into the previous generation socket. However, they still aren’t compatible. As of right now, that means you’ll likely need to spend over $110 on a Z370 motherboard. Less expensive options should be available shortly.

If you go with an AMD Ryzen processor, you’ll need a compatible AM4+ motherboard. Here’s a list of our top AM4+ motherboards for Ryzen right now. Both B350 and X370 motherboards allow for some decent overclocking with Ryzen. Again, Ryzen likes faster memory speeds so it’s probably worth it to pay up a little for that.

Efficiency and longevity are important. In fact, it may be worth it over time to go with that more expensive power supply in the first place. Read my post on how much it costs to run your PC and take a look at our top power supplies to understand why, in my opinion, it’s worth it to spend a little more and go with a tier 1 80 plus certified power supply.

Still, not everyone has the budget here for a $100 power supply. So, here’s a tier list of what we’d recommend by budget.

For capacity and performance, I’ve been buying up Western Digitals 3TB versions. At $90 you get a 3TB capacity along with a high-quality drive. If you’ve got the cash you can also incorporate a nVME solid state drive for your OS and most important programs. Alternatively, solid-state drives are relatively inexpensive per Gigabyte right now and offer very similar real-world performance.

Of course, you’ll likely need to continue adding to this over the years as space gets used up. For the $500 build, I’m recommending a solid state drive as a starting point. If you need additional space, consider taking an older hard drive from a previous system.

I’ve given a short list of some of the best computer cases for the money here. For editing, I prefer a good quiet option. Fractal’s Design R5 model is a good example and the one I currently use. Even if you’re spending upwards or even more than $2,000 you won’t see me recommending some exorbitant case here. Call it a fault of mine, but there are plenty of cases in the $150 and under price category that are more than suitable enough for me. I prefer performance, but don’t let that stop you. If you’d like some RGB flying saucer, go for it. 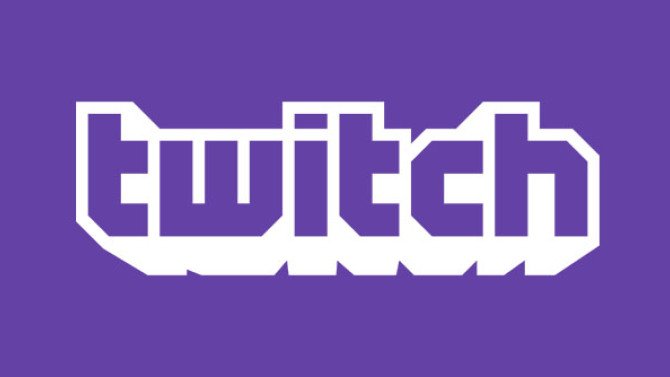 Twitch is a huge platform for gamers to stream their favorite games and potentially make some money. If you plan on streaming, Twitch has listed its recommended specifications as follows:

These specifications should be taken with a grain of salt and, in fact, may only be good enough for streaming the lightest of games. Games like Hearthstone, League of Legends, and WoW may work just fine; however, in my opinion, it’s still not ideal. If you’re streaming using a single PC, aim for as many cores as you can afford and if you’re using an Intel CPU, you’ll want to aim for one that has hyperthreading. Keep in mind that hyperthreading is not available on the Twitch recommended i5. Something like Ryzen’s R5, in that budget range, is probably a better option.

I’m happy to help you with your build. So, if you have any questions, use this area below and I’ll try to respond as quickly as my time permits. Either way, hopefully, this has helped you get started on building your own custom editing computer. In addition to these builds here you can check out my page on 10 good computer builds for the money page for more options.