Last week I gave you my picks for what I thought were the best Intel Broadwell laptops for 2015 as well as my list of what I think are the best budget gaming laptops. At the top of the list was a laptop I recently purchased, the Lenovo G70-80. I picked the G70-80 model 80FG005BUS because of its 1080p screen resolution and it’s high-performance specifications when compared to other similarly priced 17″ models on the market. This model seems to be known as the Lenovo Z70 80FG0037US at Amazon and other retailers.

Now that I’ve used this laptop over the last week I thought I’d give you some additional insight into it.

In terms of graphics Broadwell is about a 20% boost vs previous generation Haswell models. All of the G70-80 models come with at least HD 5500 graphics which are pretty solid overall and good enough for most free to play games online. The integrated 840M will do significantly better than the HD5500 graphics; however, for some it may be unnecessary.

The last laptop I upgraded from was a Sandy Bridge model. Since that time battery life has been greatly increased on all models of laptops. This is because the 5th generation Broadwell processors use far less power. The G70-80 is listed as having up to 4 hours. For me, that is a bit of a stretch. While it was accurate on  the default setting, where the display is a bit light for my tastes, on a more comfortable setting I was able to get right around 2 and a half to 3 hours based upon what I was doing. 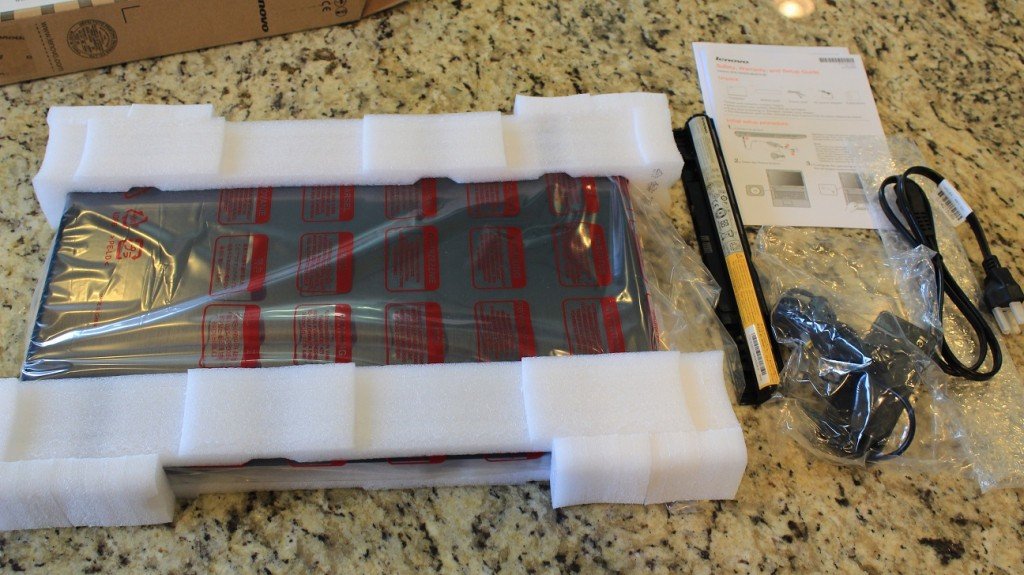 Lenovo sent their G70-80 by UPS 2 day mail and it got here as promised within 2 business days of their shipping it. For me specifically I ordered on Thursday, they processed shipping on Friday Morning, and then it arrived Monday. Had I ordered Wednesday it’s likely it would have gotten to my house by Friday.

The packaging itself was very well done with plenty of paddings to avoid any damage during the somewhat treacherous shipping process.

I wanted a larger laptop that was affordable and had a 17″ screen. While some manufacturers are going away from 17″ models I appreciate the extra screen real estate. In addition, the fact that it had a 1080p resolution when others were trying to sell me a 900p or 768p model at the same price point was also a plus. 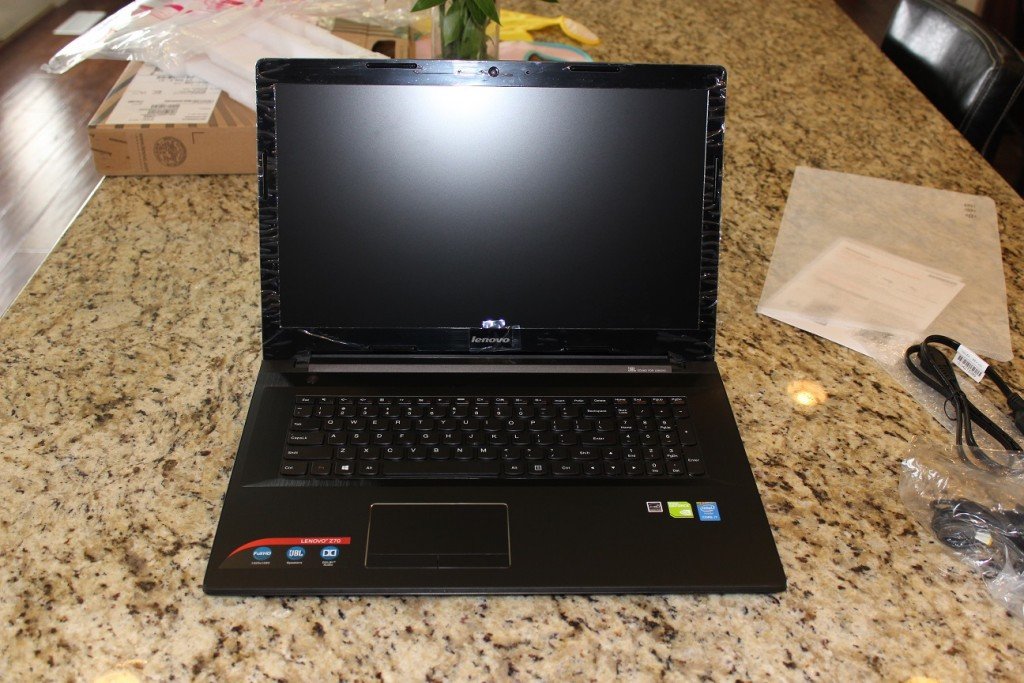 I’m not a huge fan of offset touchpads and do wish that Lenovo had centered it rather than placed it slightly to the left. That being said that wasn’t a dealbreaker for me at all. The keyboard keys are about the size of my last Dell laptop. As I have big hands, I do wish they were a little bit bigger; however, there’s not a lot of better options out there.

There’s a stainless steel finish that covers the inside and outside of the G70-80. It looks nice but gets fingerprints very quickly.

Overall the G70-80 seems like  a good choice so far. If you’re looking at it, I recommend it. You can ask me any questions about it below. For all intents and purposes, it appears that model Z70 80FG0037US is also the same as the BUS model shown above but shown differently at retailers.