When I saw that there was a new Logitech webcam to replace my all time favorite in the C920, I had to jump on it. If you’re thinking about doing the same thing, here’s a few of the differences between the C922 and the C920 along with my thoughts on whether it’s worth it or not.

While the C920 has been a popular webcam, it certainly wasn’t perfect. I’ve recorded with it in the past and had regular issues with it dropping out of 30 frames in both 720p and 1080p. This would put the audio out of sync and force me to remake the video. Something I certainly didn’t want to do.

Enter the C922 bolstering new specs and 60FPS in 720p. This cam also boasts the ability to do background replacement. The new specifications sound like a dream for Twitch and YT streamers. Movements should be smoother, backgrounds sound fun, and maybe we’d even get an improvement in image quality. We went ahead and tested it to see if it lives up to all the hype.

The new Logitech C922 doesn’t look all that different than the old C920. They did get rid of the blue LED on the front that shows when it was on and replaced it with a more subtle yellow one and it’s better off for it. 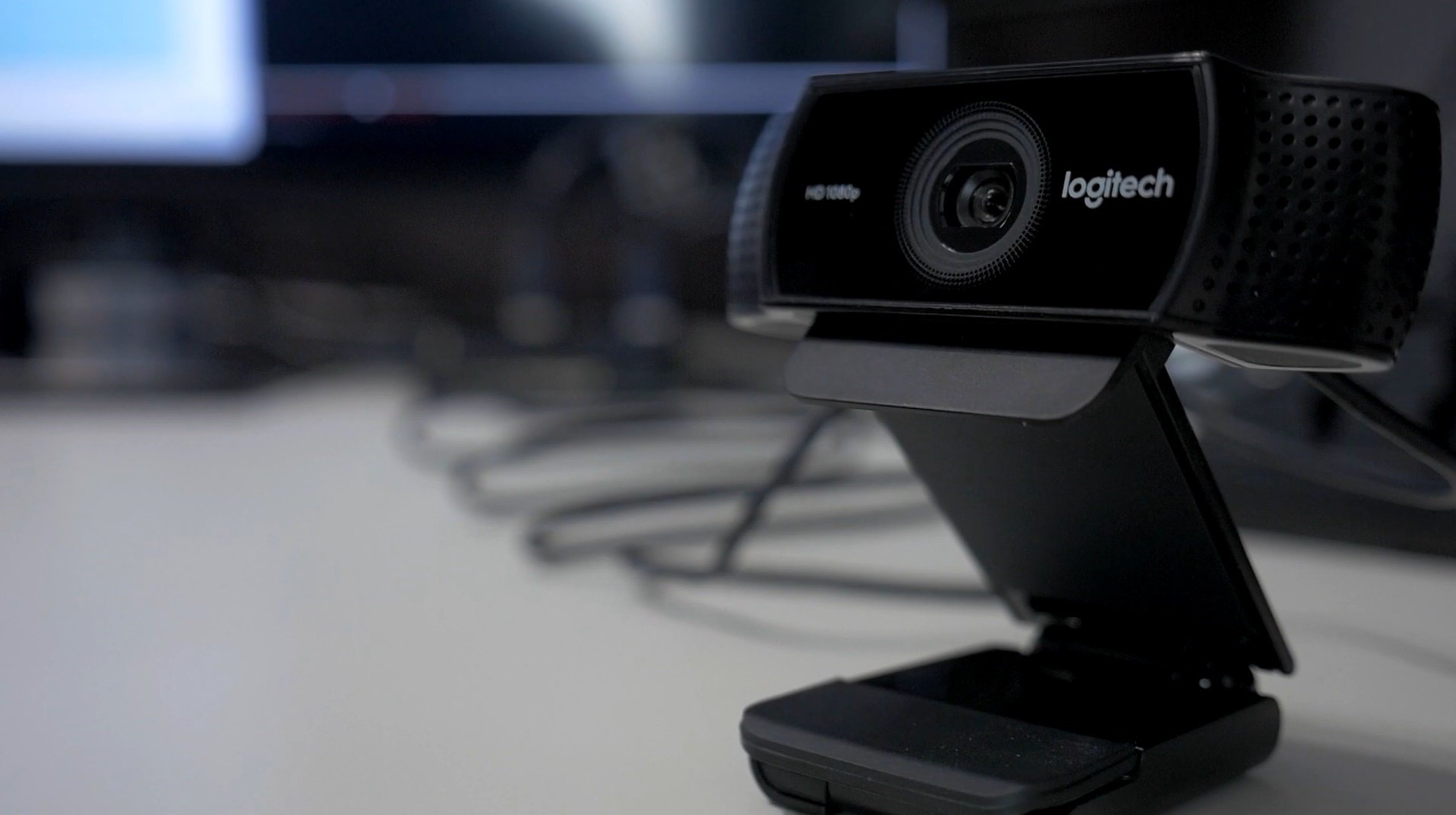 The microphone appears to be the same subpar option. This isn’t that big of a deal as most content creators weren’t using it anyway.

Included with the C922 is a mini tripod that you can setup on your desk. The quality of it is just OK. The ball head on it gets loose too easily when  you turn it but it does work with some patience. If using a mini tripod is something of significant importance to you, you can always get an aftermarket one, like the Manfrotto Mini, for around $25. 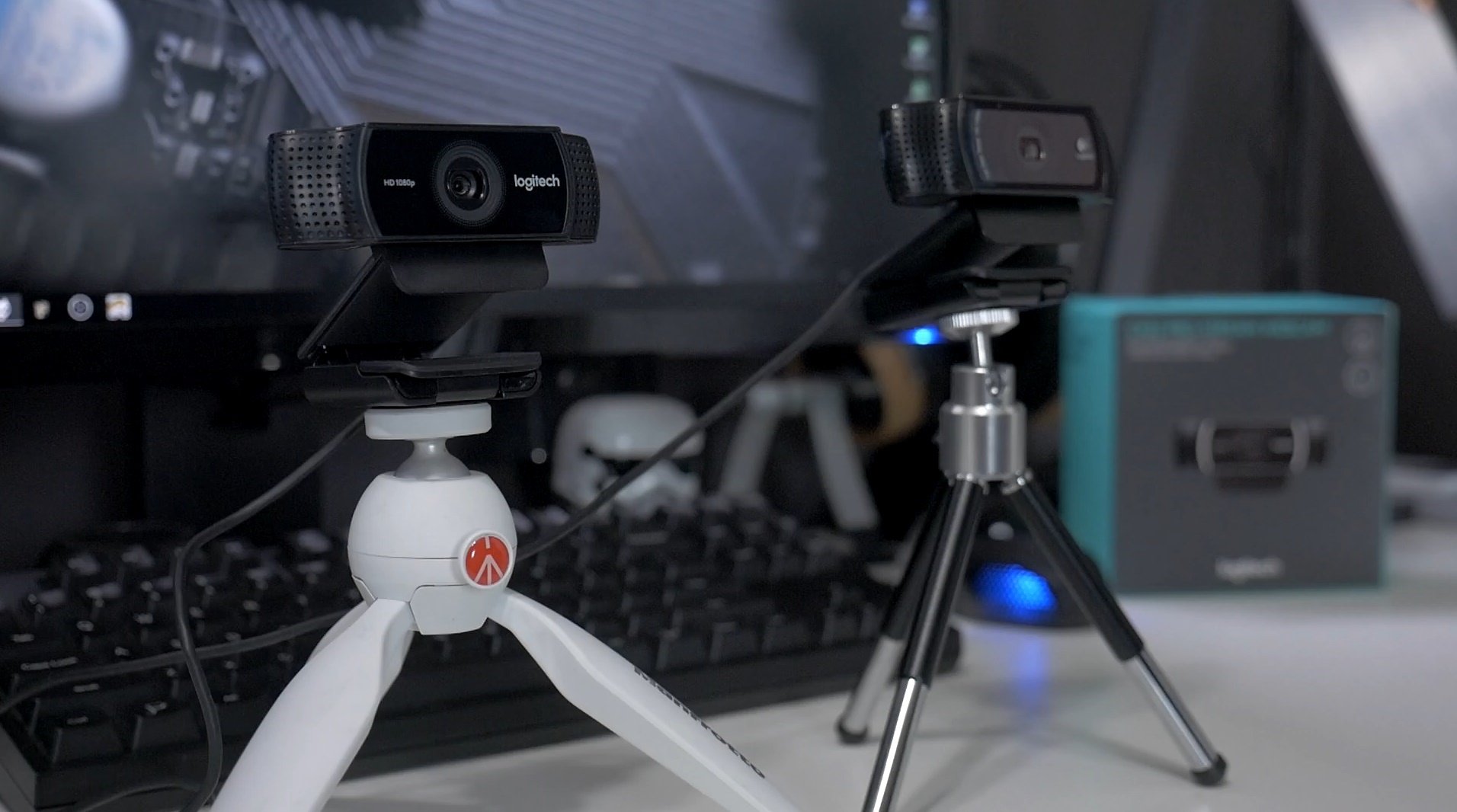 Of course, you can still mount the C922 on the top of your monitor like you could the C920 and tilt adjust it. The mount certainly isn’t something I’ll be using, but it is nice to have as a secondary option for certain types of videos that I make.

Logitech has improved the contrast and brightness of the Logitech C922 out of the box. I’m not sure what I think about the sharpness as it feels like it’s slightly worse when compared to the C920. When putting the C922 at 60 FPS you will lose some quality to your video; however, if you’re a streamer and your camera shows up as a tiny box somewhere, this shouldn’t be a big deal.

If you want to see exactly how the C922 fairs up against the C920 or a DSLR in video, here’s a video with our thoughts.

This time around Logitech has included a background removal tool in the form of the Personify Chroma cam which you have to download a driver for. After you do go into your streamer software and use that as your webcam option in order to remove the background.

In terms of quality, you’ll need to have solid lighting in order to make all of this work. Still, you’ll get some less than stellar moments with it. Overall, a green screen is certainly better than this, but it’s nice to have this as an option. Keep in mind that if you use the background removal tool it’ll put a load on your processor. So, be sure to have enough CPU power to make use of this while you’re playing games.

Overall, this is a pretty decent step up for Logitech. If you don’t already have the C920 it’s certainly a good option. If you do, it might be worthwhile to wait for similar releases from Razer and Creative to see which one is best.