Today we are going to be taking a look at the Logitech G603 wireless gaming mouse which is a rather odd thing to say out loud. “Wireless Gaming Mouse..” I’ll be honest in saying this was something hard for me to wrap my head around because going into this I had a lot of preconceived notions about wireless mice regarding latency. As someone that plays primarily first person shooters it’s extremely important to me to have minimal latency. On top of that I like to consider myself overly perceptible to any sort of delay or lag even at the desktop and the slightest bit can throw me off what I’m doing. Basically what I’m saying is that I expected to hate the Logitech G603, but after using it for nearly 3 weeks, nothing could be further from the truth.

For the last six months I had been using the Logitech G-Pro mouse which is wired and up until now it has been my favorite. The smaller size gives an incredible level of precision and it really suits my hand grip which is a hybrid between claw and fingertip. The only thing that ever bothered me (as is the case with most mice) is the cable. This is especially true at my desk where I have a ton of stuff out that I’m working on and large monitor legs jutting out from my Predator Z35p ultrawide. On top of that I keep my PC about 4 feet away from where I use my mouse so it was fairly easy to run out of cable. This had me constantly tugging at the mouse to give myself just a little bit of slack.

It should go without saying that on the G603 this is no longer an issue and within the first few minutes of using it the best word I can use to describe the feeling was FREEDOM. But there has to be a catch right? Surely the mouse would be laggy and incapable of popping headshots in FPS games like Rainbow Six Siege and Overwatch. Surprisingly no. With both mice connected I began swapping back and forth to find something wrong with the connectivity but to no avail. I could not tell a single difference between the G-Pro and G603 for desktop use or gaming which is simply mind blowing. I’d even recommend this as a mouse for CSGO. 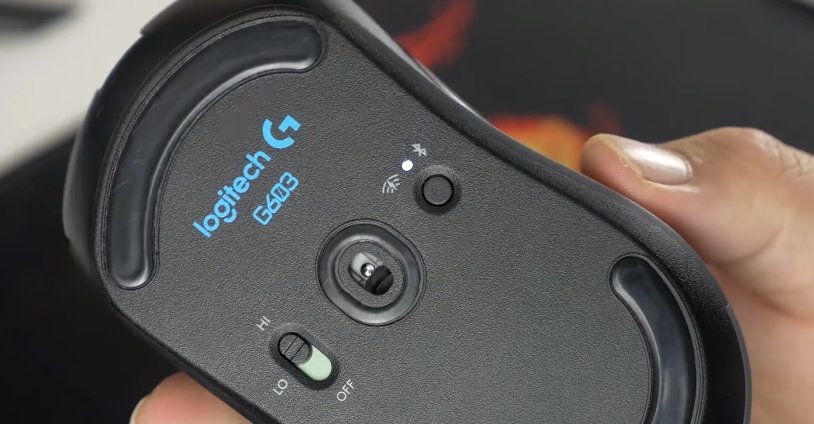 The way they’re achieving this is via Logitech’s own Lightspeed technology that has been previously seen in the G903 and G703. It gives you a 1 millisecond report rate over a 2.4ghz wireless connection. You could opt to connect via Bluetooth, but that won’t be quite as fast and probably isn’t advisable for gaming. To get the most out of the G603 you’ll want to use the 2.4ghz mode set to high.

On the bottom side of the mouse, there’s a button for switching from 2.4ghz to Bluetooth and an LED to indicate the mode you’re currently using. Also we have a switch for turning the mouse off or choosing between low and high reporting speed. The low setting will give you an 8ms response time while high offers the coveted 1ms response. 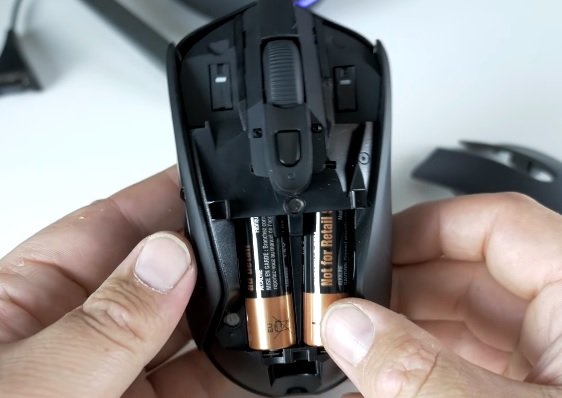 The tradeoff between the two being battery life versus speed. Set to the low mode the mouse will report slower, but promises up to 18 months of battery life running on the two included AA batteries. On the high setting you should get 500 hours or about 3-4 months. I did briefly try the low setting and at the desktop I could immediately feel the delay kicking in, but at high it was just as good as a wired mouse and the trade-off of having the batteries not last 18 months is one that I’m completely fine with for having improved responsiveness. I’ve been using it for the last 3 weeks and the battery indicator in the Logitech software still has not moved even one bar and that is with me never turning the mouse off along with my computer that is always on.

The way Logitech has pulled this off is a couple of ways, but the main two are not including RGB lighting which would have seriously cut down on the battery. Personally I could care less about having RGB. The second and far more impressive method is their optical HERO sensor which is extremely efficient in terms of the power it draws while still delivering accuracy on par with the pixart 3366, one of the best optical sensors on the market. The hero sensor alone is an engineering marvel, but when you combine that with Lightspeed technology you are getting something that is truly unrivaled at this point in time.

I wanted to do a quick benchmark comparison between the G603 and my former mouse the G-Pro on the Mouse 101 test which analyzes a variety of things such as movement, accuracy, consistency, scroll speed and power. The last one really just measuring how fast you can click the left mouse so not really something important,but I was most interested in the accuracy, consistency and movement. The area where the G-Pro shined the most was in accuracy scoring 81% to the G603’s 67% and I could feel that as well trying to make precise clicks on small moving targets on the screen.

The G603 did manage to win out in the movement test and in consistency the difference was only 2%, favoring the G-Pro which I would call within the margin of error. The end result was the G-Pro getting a score of 22 million while the G603 got roughly 13 million. The reason for the large disparity likely comes from strength test which simply involves moving the scroll wheel as fast as possible over a sustained period of time. I could certainly feel the difference here on the G-Pro as the scroll wheel is vastly superior in my opinion. In fact one of the only areas of the G603 I would complain about is the scroll wheel that feels a bit spongy when clicked and the scroll steps are not well pronounced.

Beyond the scroll wheel I didn’t really have any complaints in terms of the mouse design. The Omron switches felt light and responsive, the single dpi adjustment button is well placed behind the scroll wheel and the side buttons are pronounced and easy to feel for when browsing the web. 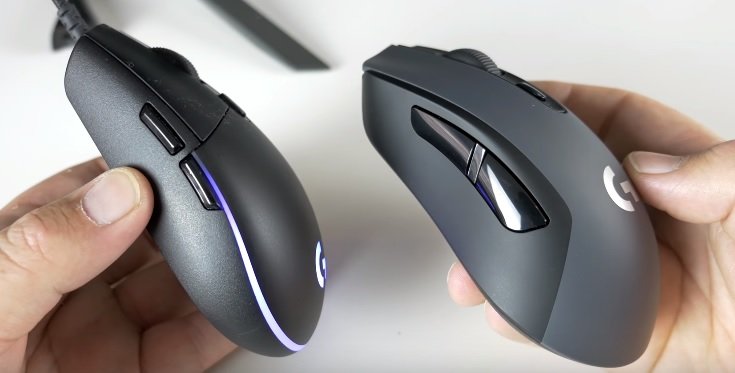 The overall height and width are good as well, not being too long, but also not falling into the category of a small mouse meaning it should be fine for palm grips at 124mm long. I do wish the mouse could have been a bit more thin as it can help with accuracy. Coming in at 43mm it’s a bit thick, but its kind of hard to escape because Logitech needs space to store the two double A batteries inside which can be accessed by lifting the magnetic top very easily. Logitech also did a good job of making the removable top virtually seamless as the mouse feels smooth when touch around the areas it comes apart.

At around $80 the Logitech G603 is a good option. We have some alternative cheap gaming mice listed here; but you won’t find anything designed like this.

So at the end of the day would I recommend the Logitech G603 for gaming? Absolutely, 100% yes. I love the design and overall shape of the mouse minus the thickness that can be forgiven as can the less than stellar scroll wheel because of how amazing it is to have something this responsive and accurate in a wireless mouse. It’s a product I never expected to exist at the quality Logitech’s engineers have managed to achieve with the hero sensor and Lightspeed technology. For those reasons alone it has become my current every day mouse and I won’t be changing it until something better comes along, possibly with a slimmer shape like the G-Pro.