After reviewing the Mionix Castor a few months ago I was more than impressed with the Swedish-based company. For that reason, I kept an open dialogue with them just in case there was anything they wanted me to review.

Recently, they approached me about their new Gaming Alioth mousepad lineup. While there’s not a lot talk about when it comes to a particular cloth mousepad, I said yes simply because I thought it would look great on my desk. Go figure. The Alioth series of mousepads runs from medium to XXLarge. So, when they said I could have whatever one I wanted, I figured I’d just go with the biggest one I could possibly get.

The Alioth mousepad is a minimalist black design with a Mionix logo on the left side. This was a good choice from Mionix as busy designs get old after a few days and black really allows you to see your gaming gear as well as all of those LED lights. A good quality braid is stitched into the sides of the pad to not only add to the aesthetic of the pad but also to prevent tearing any of the cloth material used in the mousepad. 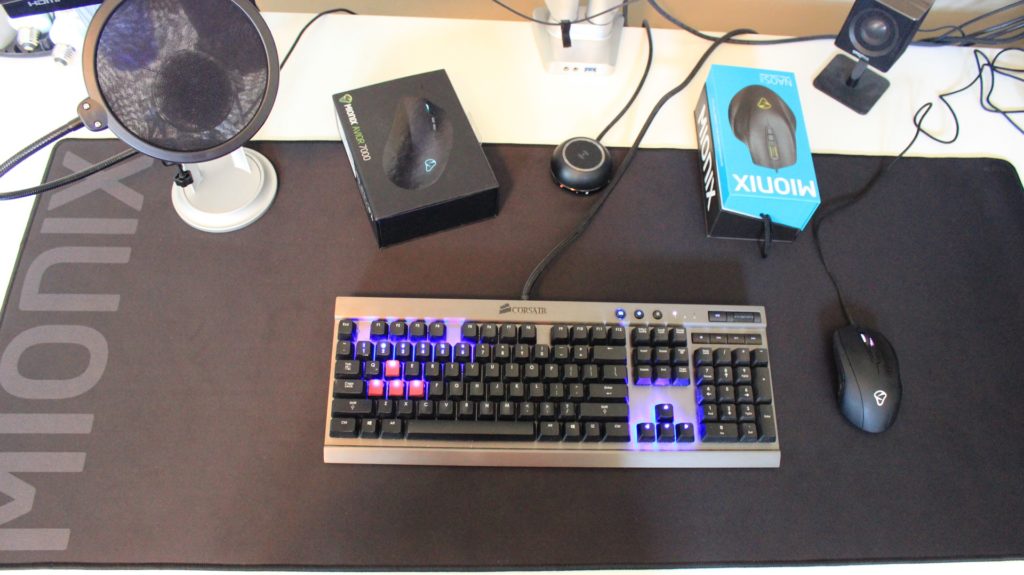 Speaking of materials, this mousepad uses my favorite, a durable woven cloth microfiber. I find this particular material to have just the grittiness I’m looking for when using an FPS mouse. Other materials like silk simply don’t have the right friction of a control surface. The tracking performance for both optical and laser sensor mouse on this pad is ideal.

In addition to a fantastic surface, the Alioth has water repellent for removing spilled liquids. If you’re like me and have a soda on your desk regularly, this feature is a must.

The Mionix Alioth is as cheap as $14.00 for the medium version and goes as high as $49.99 for the XXL.  This falls in line with other competitors on the market.

Is the Mionix Alioth the Biggest Gaming Mousepad Ever? 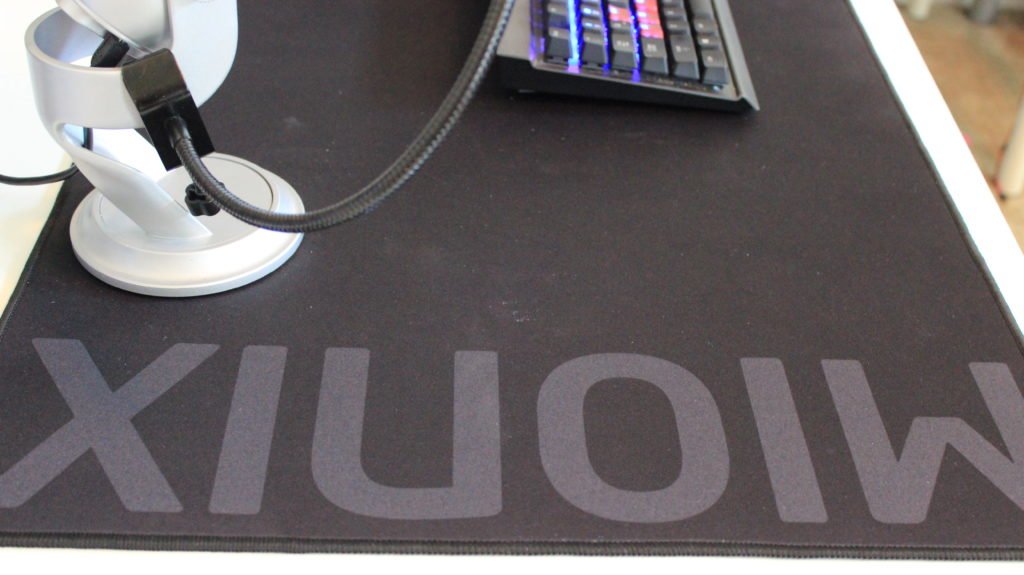 Not Quite. The Pad-Zilla is bigger at 1524x763mm or 60 inches x 30 inches and comes in at around $59.95. Still, the Pad-Zilla isn’t a perfect comparison as it’s not designed specifically for gaming. As I mentioned above it also has the less desirable silky feel to it.

Razer makes an Extended mouse mat but even their biggest size comes in at 920x294mm. This type of size was very common for many mousepads and rightfully so. The Alioth has a 900x400mm version that would be plenty big for your mouse, keyboard, and a few other items on your desk.

Other than that, there are few mousepads I found which have both the size and the material that the Alioth does. If you’re looking for a big mouse mat, this might just be the one you’re looking for. The other sizes are also sure to have the same craftsmanship I’ve enjoyed on the Mionix Castor, Avior, and Naos.