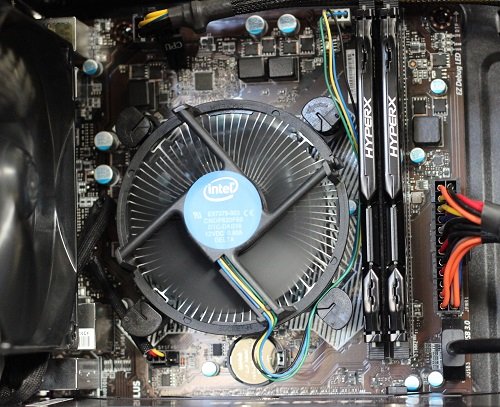 If you’re looking to build a budget PC, a good place to cut costs is the motherboard. There are a lot of micro ATX boards out there that have plenty of expansion slots, can support  full-sized graphics cards, and that cost under $50. The motherboard we’re reviewing today, the MSI H110M Pro-VD Plus, does exactly that.

We’re using it in a budget $450 build you can see on the right along with the Thermaltake Versa H23 case. Our components will include the i3-6100 and the RX 470 Windforce from Gigabyte.

As the model number shows the Pro-VD Plus uses the H110 chipset. It’s a micro ATX motherboard that should fit in any micro, standard, or full-sized ATX case. Here’s a look at its specifications: 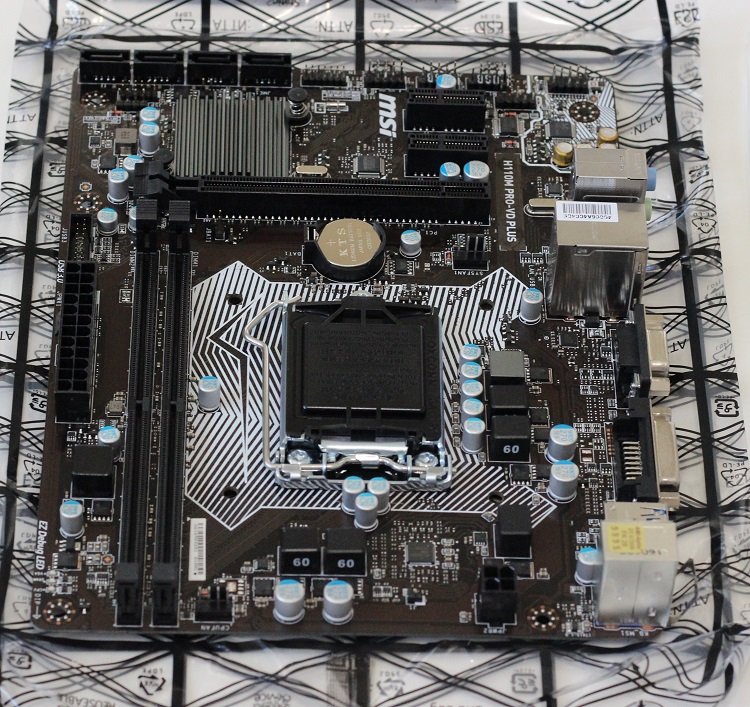 Limitations to the H110 Chipset vs Z170 Chipset

The H110 chipset does have some limitations vs the Z170; however, if you understand and accept what these are before you begin your build, it shouldn’t be a big deal. First of all the H110 doesn’t support CPU overclocking or M.2. In addition, “supposedly” the H110 has 6 lanes that run at slower PCIe 2.0  speeds compared to the Z170 which has 20 PCIe 3.0 lanes. But the H110M from MSI states that it has 1 x PCI Express 3.0 x16. Tom’s Hardware recently showed that these limitations don’t matter and in fact, the H110 did just as well or better than the H170 chipset. The H110 board does in fact support a full 16 lanes of support for PCIe 3.

So for stock performance, the motherboard ultimately didn’t matter. By stock, I simply mean if you don’t plan on overclocking or tweaking in any sort of way. That’s why a motherboard like the MSI H110M Pro-VD Plus is so tempting where we bought it at just $40 after rebate.

Here’s a look of everything that comes in the MSI H110M Pro-VD Plus’ box. It includes the installation CD, guide, motherboard, SATA cables, and rear port plate. 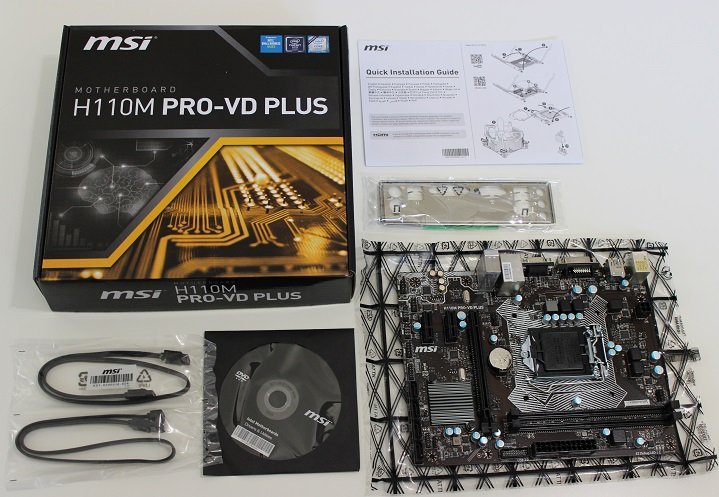 In short, a motherboard like this works perfectly for the gamer that’s building a budget build. For our build, we wanted as much of our budget as possible to go to the GPU and CPU. Adding an unlocked processor, z170 motherboard, and additional CPU cooler would’ve eaten up our budget. Instead, we used this motherboard and were able to build a cheap gaming PC capable of Ultra settings in 1080p for all major AAA titles available. Looking for a smaller motherboard? Here’s a list of our favorite SFF Mini ITX LGA 1151 boards.