Mionix is quickly becoming my favorite gaming mouse manufacturer. I tend to like companies like this because they don’t take their success for granted. For the consumer, that means better quality and, ultimately, a better end-user experience. I first found out about their commitment to quality when I tried  Mionix Castor. It’s now my daily driver.

With how much I liked the Castor, I reached back out to Mionix to test some of their other lineup and specifically the Naos 7000 and Avior 7000 to see what they have to offer. I’d already heard good things about these mice, but wanted to get up close and personal to truly get a feel for what they’re about.

As an FPS gamer, I only look for gaming mice with flawless sensors. I don’t touch anything else. Flawless sensors only come in the form of optical ones (rather than laser) and not every optical sensor is perfect. That being said the sensors on the three mice I’m comparing today all have what I’d consider the same flawless sensor. For me, this means they don’t have positive or negative built-in acceleration or prediction.

While the Avior and Naos 7000 are advertised as using the Avago ADNS 3310 the Castor shows the Pixart PMW-3310. These are the same sensor.

Beyond the sensor, I’ve found that the right mouse is mostly a personal preference. Grip, Size, shape, and design all come into play in a big way. With that being said, let’s compare the specifications and dimensions of these three mice to give you a good idea of what you can expect.

On paper, these mice look very similar. That being said the reality is that they couldn’t be more different. 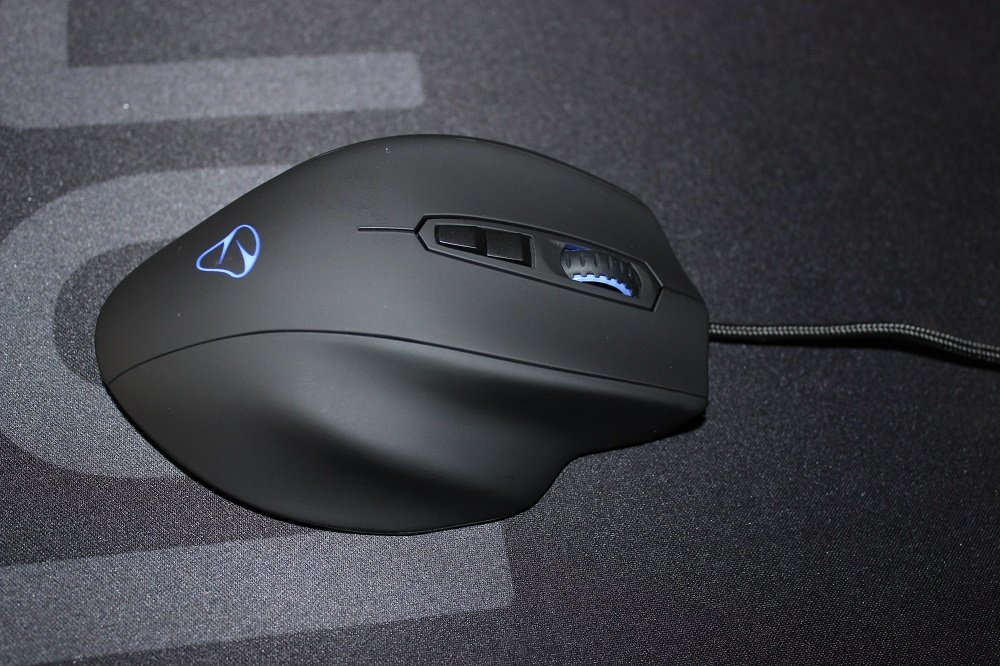 If you’re coming from something like the DeathAdder, the Naos 7000 is going to feel very wide. It has a finger rest on the side which people tend to have a love-hate relationship with. If you’ve used and liked other mice that have had this type of finger rest before, you’ll likely enjoy it. If you prefer a narrower mouse, you probably won’t.

The outside design and feel of the mouse is the same felt-like grip that you’ll see on the Mionix Castor. It’s smooth and all black with a minimalist design that screams quality. The cable is braided is well which adds to the aesthetic but ultimately isn’t a deal-breaker for me because of the clunkiness of it.

On the bottom of the mouse are 4, yes 4, anti-slip PTFE Mouse feet which do a good job of preventing any slipping.

If there’s one criticism I have for the Naos 7000, it’s that the thumb side doesn’t include a rubberized grip or textured buttons. That grip is something I’ve learned to love on the Castor. As the Naos is a bit older than the Castor, it’s likely that Mionix may consider incorporating this rubberized design into any newer models they come out with.

Overall the Naos is well-suited for medium to large-sized hand wide grip palm users looking for a mouse that isn’t too heavy at just around 103 grams. It’s a decent price for what it is and will certainly be accurate enough for FPS games. Claw grip users that like pinky rests may be interested in the Naos as well; however, I think most claw grippers would prefer a different design. 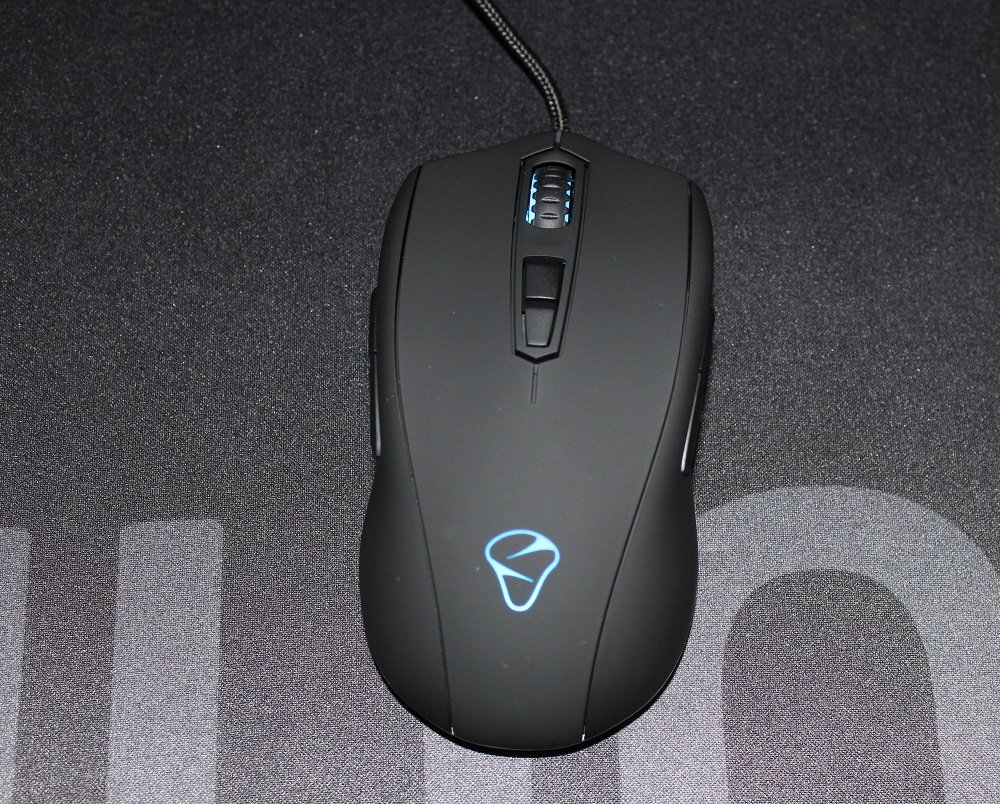 If you’re a lefty, you sometimes get left out of the good gaming mice that are available. Luckily, mice like the Avior 7000 are around that feel good to all users. Compared to the Castor, the shape of the Avior is somewhat similar albeit lacking the finger indents. Still, the shape of it is one I like a lot.

One thing the Avior 7000 has that the Castor and Naos don’t is an additional two programmable buttons on the right side. This is great for MOBA, MMORPG, or RTS gamers that can sometimes use these additional buttons. That being said from a purely FPS standpoint they kind of get in the way. Still, I know why Mionix did it as this truly is an ambidextrous mouse.

Like the other models mentioned on here, the Avior’s design is a minimalist black with a smooth felt-like surface. Like the Naos it doesn’t have rubberized grips. Again, I’d like to see this on future models, but it doesn’t take too much away from its overall desirability.

It’s fairly lightweight at around 100 grams but not as light as the Castor at 94.

From the bottom, the Avior has two large anti-slip pads that are a lot like what you’ll find on the Castor. In my opinion, this is the ideal design.

Overall, the Avior 7000 is a great gaming mouse that I could see used for a claw, fingertip, or palm grip. It’s accurate, has a couple extra programmable buttons, and sells for a reasonable price. Still, many may find that the design isn’t quite as desirable as a left or right-handed ergonomic mouse. 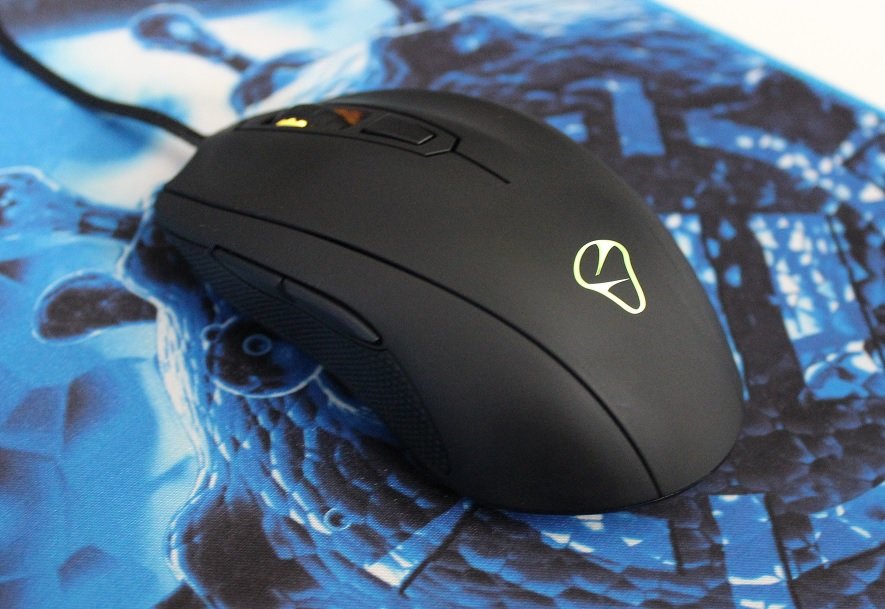 I’ve done a full review of the Castor previously so I won’t elaborate too much here. Right now, I feel like it’s the best FPS mouse on the market while others may still prefer the DeathAdder or the G502. I really like how the rubberized side grip tilts inward and how the entire thing feels like it was just made for my hand.

Like the others on this list, it uses a flawless sensor that I’ve had no issues with. Overall, I’d definitely recommend it for those looking for a smaller mouse that has plenty 0f grip options.

There you have it, a comparison of all three top selling Mionix gaming mice. Be sure to check out my video on this for more information and for a closer look. Also, leave me a comment if you want to know anything else about these mice.

Video Review of the Mionix Lineup