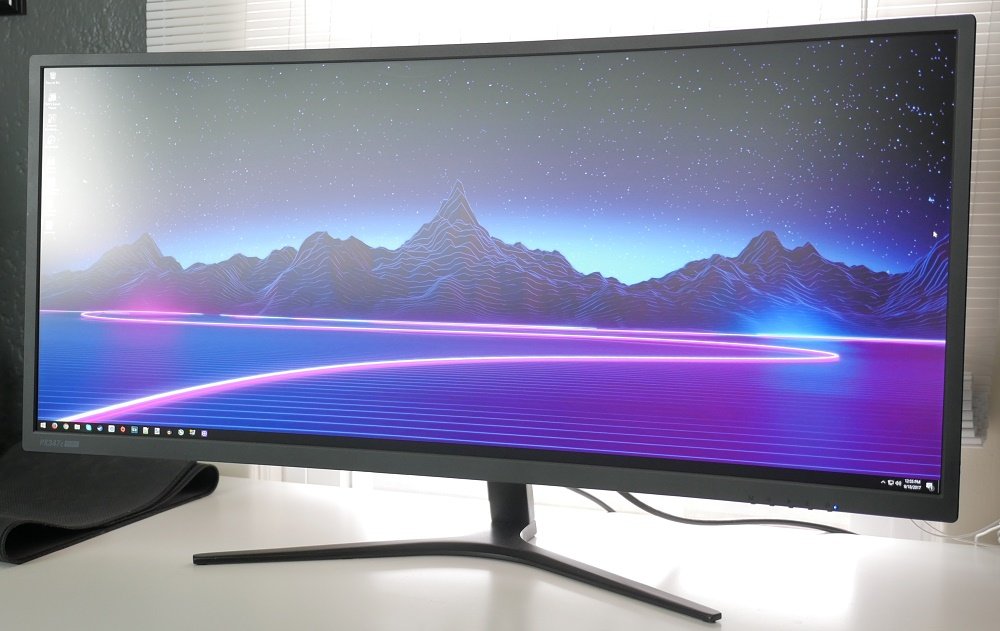 Today we’re taking a look at the Pixio PX347c Prime UltraWide monitor. The PX347c has quickly garnered a lot of attention on the widescreen gaming forums and UltraWide subreddit for good reason.

The main one is that it comes in at $599 and boasts a 3440×1440 resolution on a 34-inch Samsung SVA panel with Freesync support. So with that right there we’re off to a very good start especially when you consider that most other monitors with similar specs are much more expensive.

Other important specs to note are the 100hz refresh rate, 3000 to 1 contrast ratio, 8 ms response time and the monitor is also curved which helps to keep all 34 inches in your periphery.

For connectivity on the back we get dual-link DVI, HDMI and Displayport. Thankfully Pixio did include a displayport cable along with the monitor which will be needed to take advantage of Freesync on this monitor.

Even though the Pixio PX347c has 100hz refresh rate, the Freesync range is sadly very limited at only working from 80-100hz. That gives you a very narrow window for getting Freesync to be operational. At 3440×1440 you may struggle to stay in it even running on one of the new Vega graphics cards depending on the types of games you play.

I played a lot of Rainbow Six Siege on my overclocked Vega 56 and I could stay in that range most of the time, but anytime it dipped down around 60fps it would be a bit jarring and noticeably less smooth. I found that the monitor performed much more consistently with Freesync completely disabled and v-sync turned off as well. Across the games I tested screen tearing was minimal to non-existent even at very high framerates in something like Overwatch so unless you know for sure you’re going to get a locked 100fps or close to it you’re probably best off not using Freesync. 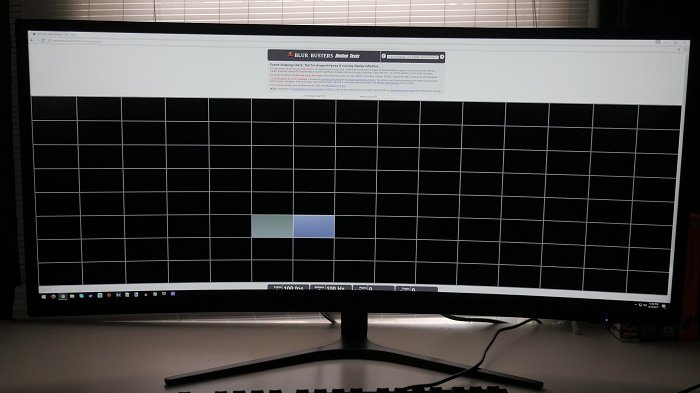 Another spec I wanted to point out is the 8ms response time. This is a bit higher than I’d like it to be and as a result there was some ghosting present at the default setting. However, using the built in Overdrive via the on screen display it pretty much eliminated it completely and running the UFO test there didn’t appear to be any overshoot on the display.

In addition to Overdrive you have a lot more options to calibrate the monitor via that on screen display I previously mentioned. It can be a little difficult to navigate the menu’s however as I found it hard to tell when certain options were on or off because of the color palette, but despite that there is still an impressive number of options for you to get the monitor setup how you want it.

Since Pixio is touting a 100hz display I of course wanted to validate that. It does appear the monitor is running at the full 100hz without any frame skipping. And playing games at the 100hz is fantastic especially if your graphics card can drive this resolution and get around 100fps. Considering the limitations of Freesync, I wouldn’t have any hesitation recommending this monitor even to Nvidia users as its a nice price point to dip your toes into ultrawide gaming with a high refresh rate and 1440p resolution. 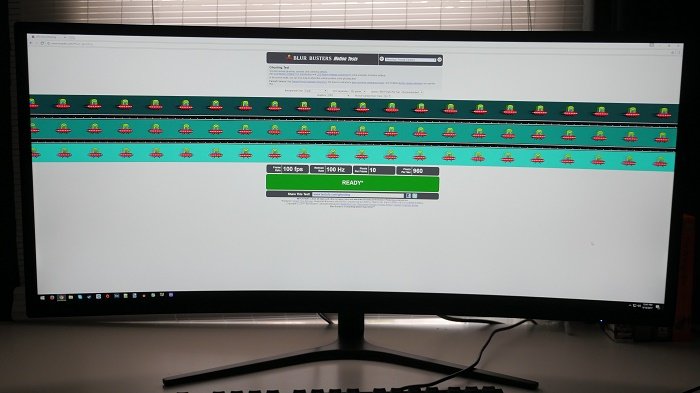 I also found the colors to be very vibrant on the monitor and the panel itself is beautiful. Since it is SVA you’re going to get incredible blacks. Putting up an black screen revealed zero backlight bleeding and an all white screen showed great uniformity across the entire display with no gray areas near the edges. Viewing angles were also phenomenal as even at the most extreme side and vertical angles I couldn’t notice any color shifting. 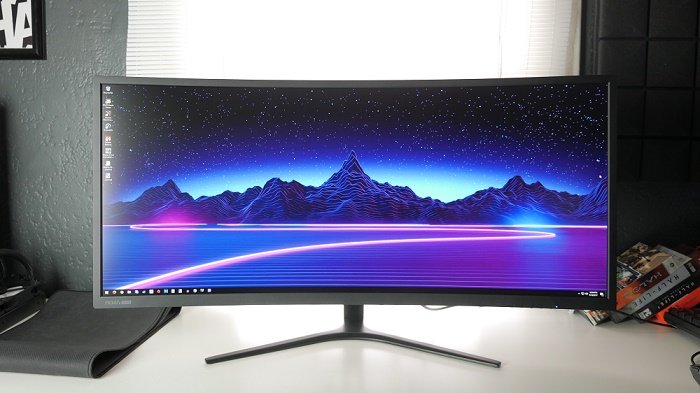 As far as the overall design of the monitor goes I was mostly pleased as it is matte black all around the bezels as well as the steel base at the bottom. The only branding on the monitor is the red Pixio logo on the back and a very subtle model number on the front bezel so that is greatly appreciated. Unfortunately on the backside we can see there is no vesa mount which would have been very welcome so we could have more options for mounting besides the included stand which only offers tilt.

I’m not sure this monitor would fit among our thin and bezel-free monitors, but it certainly still looks good to the eye.

Pixio themselves offer a Vesa stand with the P-400 that I discussed back in my review of their 32-inch monitor and it would have been an excellent pairing with this monitor if it actually had vesa mounting. The fact that they didn’t include vesa support on this monitor is a real head scratcher and I hope its something they consider in the future on all of their monitors.

The end result of having only a tilt option was that I had to look down at the monitor. I’m not a very tall guy either, I’m only 5 foot 11 and use my chair on the lowest height adjustment, but still I felt like I was towering over this monitor and looking down at it.

So in conclusion I wouldn’t have any issue recommending this monitor for gaming or content creation. Certainly having the UltraWide resolution will help with any sort of multi-tasking and the 100hz refresh rate will likely be very appealing to gamers. For $599, you’re getting a really nice monitor despite its shortcomings like the limited Freesync range and not having a vesa mount.

To appreciate its true value you really need to look at what else is out there in the market with similar specs as you’re going to pay roughly $2-300 more than what Pixio is charging.

I’ve also included my video review of this for those of you who’d like to see it up close and personal.