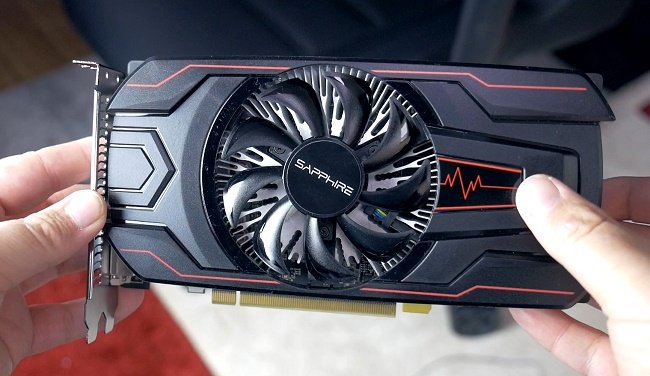 Recently AMD got in touch and asked if I’d like to take a look at the new RX 560 graphics card and see how it powers modern games at 1080p. Seeing as we do that a lot here on the channel anyway, I agreed.

The sample I received was the Sapphire Pulse RX 560 with 4GB of video memory. This card is equipped with a single fan heatsink design and for connectivity. On the back, there’s Displayport, HDMI & DVI. Using Displayport, I had no issues using a 1440p 144hz Freesync monitor for game testing.

Although I was using a 1440p monitor I did do all my game testing at 1080p on High Settings because I felt that most people going after a card like this probably will be targeting smooth game performance at 1080p. With a budget price of $99, many eSports gamers and first-time builders might want something like this for CS:GO, Overwatch, Dota and other MOBA’s out there so I chose to focus my testing in those areas.

What is Radeon Chill? 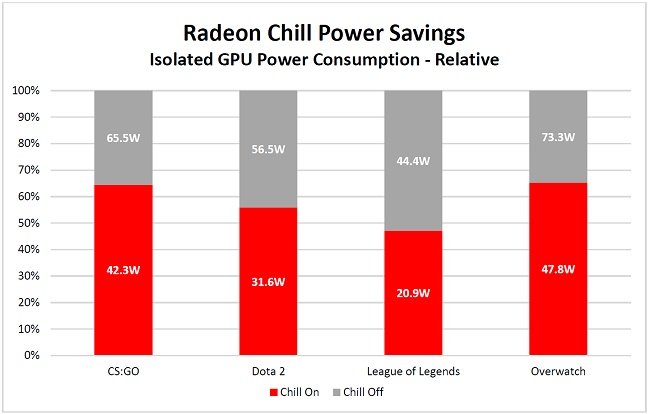 AMD introduced Radeon Chill a few months back. The point of Chill is to reduce the power being drawn by the GPU which should lower temperatures as well. The tradeoff is that you get lower average FPS. However, you save the extra power for when you need it based on the pace of the game’s action.

So if you’re standing still and not moving the GPU will enter into an almost idle state that locks the framerate based on parameters you can set in the AMD drivers. Since I was gaming on a 144hz monitor I set it to a minimum of 60 and Max of 144 so it would lock the framerate at 60 when I wasn’t moving. 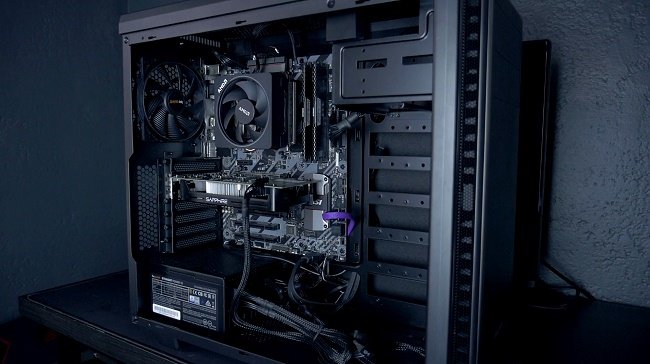 I did do some game benchmark testing with Chill on versus Chill off that we’ll get into briefly. First, the test system being used here today was utilizing the Ryzen 1400 CPU overclocked to 3.7GHz along with 16GB of Corsair Vengeance RAM at 2933MHz.

I also made sure to have the latest BIOS for the MSI B350 Tomahawk motherboard, chipset drivers as well as Crimson Driver 17.5.1 that came out the other day for Prey.

The Sapphire Pulse RX 560 graphics card was overclocked to 1375MHz on the core and 1900MHz on the memory. The power limit was increased to an additional 75%. 1375MHz was the highest I could push my RX 560. At 1400MHz it would begin to artifact quite heavily. So, I had to back it off to 1375 to stop it from crashing or leaving artifacts on my desktop.

Even though the RX 560 uses a single fan heatsink, the temperatures stayed pretty cool on the Sapphire Pulse. After a long session of Rainbow Six Siege, temperatures leveled off at around 65C and never went over that, while in games that supported Radeon Chill, I saw a drop in temp of 3-5 degrees Celsius.

I started off trying a few of the Chill supported titles because the games do have to support the feature to take advantage of it. I did have an issue taking control of the parameters for DOTA so it made the minimum below 60fps, but on the other titles it worked fine. Overwatch here saw an average of 85fps and a minimum of 59. CS:GO got an average of 188 and minimum of 144 on Dust 2.

Being that Prey just came out I included that in my testing as well. I liked testing this game as it utilizes the CPU very well and also takes advantage of the GPU power available to it. Most of the time through the benchmark it was up over 3GB VRAM being used so it nice to see a card at $99 with 4GB on it. When I looked at what would be on Nvidia’s side for a competitor you really have to get up to $139 for the 1050 Ti before you see 4GB being implemented.

I saw that also being the case in Rainbow Six Siege which wasn’t as heavily memory reliant as Prey, but it was still allocating over 2GB of video memory throughout the course of the benchmark.

Going into the average framerates now, which are all at 1080p High settings, with all the hardware previously mentioned and overclocked. Starting off on the left side we have a group of eSports titles like CS:GO which averaged over 200 frames per second, Rainbow Six Siege at 86FPS, Overwatch & Dota 2 both averaging 100FPS+ and all keeping the minimum framerate over 60 which will be very important for competitive players wanting to get an affordable GPU for these types of games.

After that performance does come down a bit in more demanding modern titles, but still gave a very playable experience and if you get in there and tweak a few options like shadows down to medium then you’ll be getting a smooth 60 frames in no time. Notably, I would say Prey and Sniper Elite 4 ran the smoothest for games that went below 60 frames, but a lot of that may come down to having a Freesync display as well.

There are several affordable 1080p Freesync monitors that would pair well with a card like this at $100, I’d be likely to recommend the Acer KG221Q that retails for $110 and has Freesync, but that’s certainly not the only one out there. There are several affordable FreeSync gaming monitors on the market. I’ll link to down in the description below as well as to where you can find the AMD RX 560 graphics card that I tested here today. 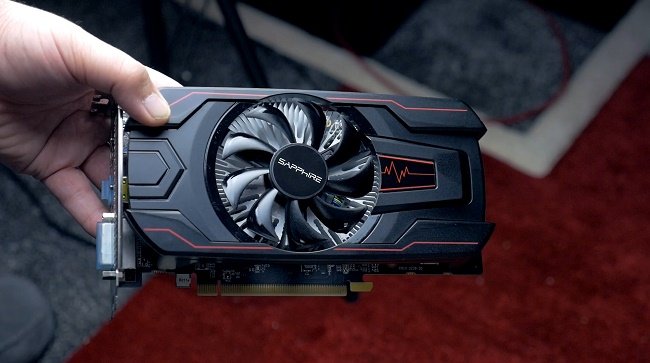 Overall I was very happy with this level of 1080p performance on a $99 graphics card. To see this much power at that price point is just crazy to me because I remember when this type of performance cost a lot more than $99.

I’d recommend the RX 560 for someone wanting to do eSports games or as an upgrade path from something like a 750 Ti, I think it would fit that budget very well as long as you have a reasonable expectation for what you’ll get out of the GPU.

That’s all I have for you guys here today on the AMD RX 560. Hopefully, the benchmarks above help you with any upcoming affordable gaming pc builds you have planned. Let me know your thoughts down in the comments below.