Today we are going to be taking a look at my first mini-ITX build using AMD Ryzen. I’ve been waiting to get my hands on an ITX motherboard since Ryzen released just a few months ago and I’m glad that today I can finally bring you a build along with benchmarks.

The motherboard I received is the Gigabyte AB350N Gaming wifey. I don’t know why its called the wifey because there was no small woman inside the box, at least that I could see. Haha, no but in all seriousness its the gaming wifi because, well it supports wifi out of the box with the included antenna that has a magnet on the bottom which helped keep it in place on top of the build.

Despite being mini-ITX, Gigabyte definitely did not skimp on connectivity which is certainly nice for hooking up all my devices on the back. In addition to four USB 3.0 ports, there are also two USB 3.1 connections and two USB 2 at the top adjacent to the PS2 port which 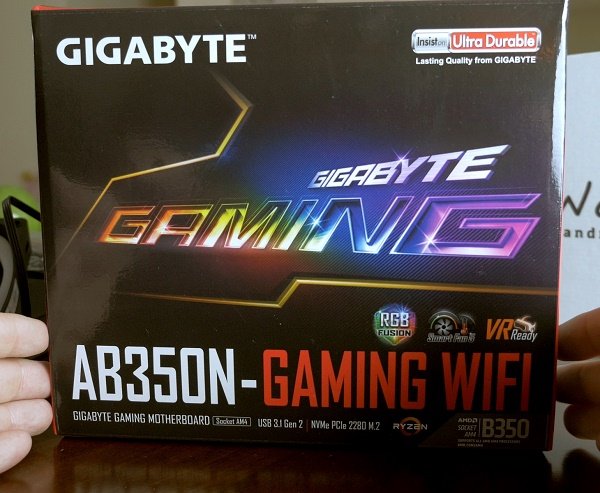 I do use for my keyboard. We’ve also got Ethernet on here as you would expect with all your necessary audio ins and outs. Lastly, there’s Displayport and HDMI outs that can be utilized with supported APU’s in the future. As Ryzen doesn’t have onboard graphics at this time, it’s not something we can utilize.

The only major complaint I had with this board was the layout that had the majority of connections jammed in the top which made it very difficult to utilize everything on there. The 24-pin motherboard connector, SATA Express, front panel hub, USB 2.0 and USB 3.0 were all in the same corner. As a result of this, I was unable to connect my USB 3.0 in a way that would keep the build looking clean and I had to exclude one of the 140mm RGB fans for the top because of clearance issues. It was rather unfortunate because the board is otherwise a solid performer. 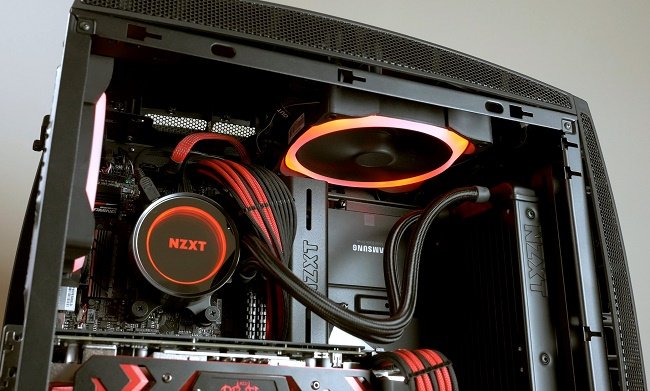 I was able to get the same overclock on my Ryzen 1700 of 3.9GHz at 1.35 volts that I had gotten on my Gigabyte X370 Aorus in the Better Red build. I also had no problems with the XMP profile for 2933MHz on the 16GB of Corsair Vengeance DDR4 RAM that I’m using here, although it may be hard to see behind the 24-pin cable that had a rather difficult bend because of the questionable position on the motherboard at the top.

The Ryzen 1700 also managed to stay fairly cool considering the small form factor of the build. After a lengthy run of Aida64, the temps settled at 68 degrees Celsius on the Kraken X62 silent mode that I installed in the front of the Manta case with a push configuration.

This was my first chance getting to use the Kraken AIO and its one I would definitely use again. For ease of installation, I would give it a solid five stars and the build quality is also superb. It also happens to look dead sexy with the pump that has an infinity window in it with RGB lighting. I also put in a 120mm RGB fan at the back and a 140mm in the top to help ventilate some hot air out of the chassis. I opted to leave mine on a solid red because it matched the build which was all very easy to do in the NZXT CAM software. 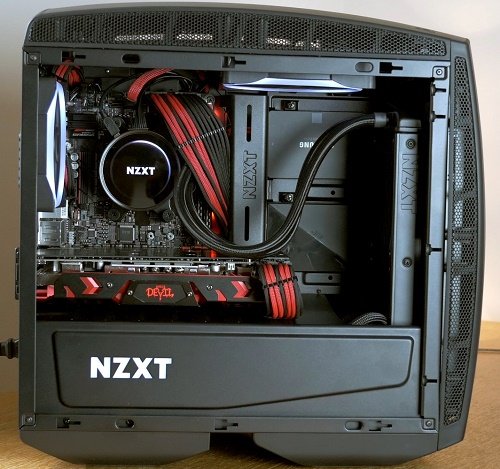 As I mention the mini-ITX case here is the NZXT Manta which has a unique look to it that I’m personally fond of. Building in here was pretty straightforward and no issues arose in the building process that slowed me down at all. For a small form factor case, it’s actually incredibly roomy without taking up a huge amount of space on your desk. However, you should be prepared for the backside of the case to not be the tidiest especially if you’re using cable extensions and installing other add-ons like RGB fans, the Hue+ and a USB hub like I was. The USB hub which is buried in my nest of cables definitely saved my bacon though as the Kraken cooler and Hue+ all needed USB headers. With this being a mini-ITX build it meant the board only had a single USB header.

The cables in here in case you’re wondering are from my buddy Aaron over at Wazz Mods who has been supplying all my cables for PC builds this year. He continues to do incredible work and if you want to get some custom sleeved cables you should definitely check him out at WazzMods.com for any cables you may need.

For the graphics, we have the Red Devil RX 580 that I recently tested in a dedicated video against the GTX 1060. For this build, I’ve benchmarked it once again and paired it with the Ryzen 7 1700. We’ll get into those numbers momentarily. Temps were not an issue with this card even in the smaller case. It stayed under 70 degrees in my testing despite being sandwiched up against the PSU shroud of the NZXT Manta.

With all that out of the way, lets jump into the benchmarks that were all done at high settings for 1080 and 1440p where we will start with the averages and then go into the 1% lows. 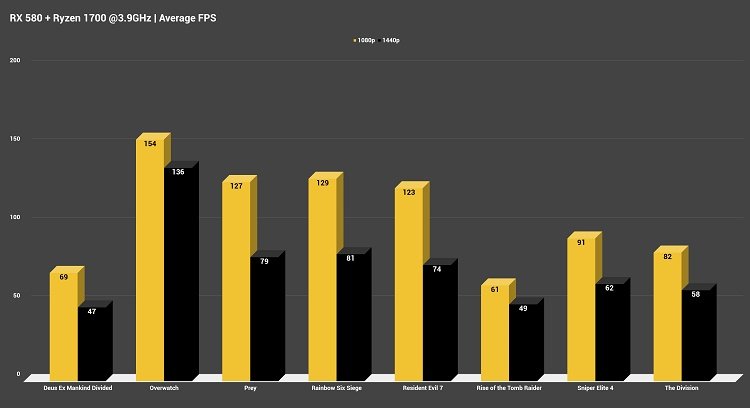 As you can see the RX 580 is doing extremely well here at 1080p on high settings even at its stock settings. If you were to overclock it you could expect even better performance than what I got here today, but with titles like Overwatch, Prey, Rainbow Six and Resident Evil 7, you should expect to be able to push ultra settings at 1080p, while other more demanding titles would likely present an issue. Even 1440p was manageable on this system configuration as long as you’re okay with high settings as the vast majority of these titles still ran very well at 1440p. 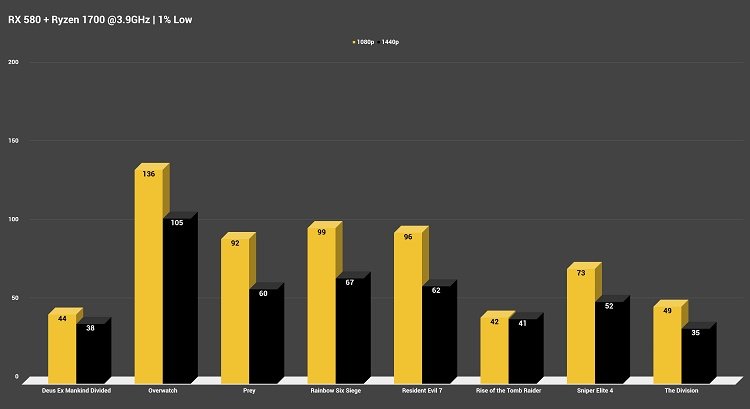 In the 1% lows you can see that is not true with every game here though as The Division, Deus Ex and Tomb Raider all had 1% lows in the 40’s or even lower when tested at 1440p, so its really going to depend on what games you are looking to play and the resolution. In the case of the games with less than perfect 1440p performance, you could always look at resolution scaling as a fix for that.

This system is certainly a little powerhouse when you consider what it has inside. The Ryzen 1700 is definitely no slouch for gaming and multi-threaded workloads. A setup like this would be perfect for streaming or editing video which are two things I do plan to use it for. Add to that the small size which makes it easily portable and you’ll understand why I can see myself getting a lot of use out it.