Back in the year 2014, Nvidia’s G-Sync burst onto the scene with promises of eliminating common problems of modern gaming monitors like V-Sync stutter and screen tearing. Two issues that plagued PC gaming ever since we moved on from CRT monitors several years prior. Assuredly AMD would soon follow that with Freesync, but without any type of restriction on the operating range of Freesync displays, Nvidia’s G-Sync seemed the optimal choice for enthusiasts in the market for a high-end gaming panel to pair with their Geforce GTX graphics cards.

At the beginning, all we had was a DIY kit that fit in just a single monitor, the Asus VG248QE. Something that I was an early adopter of during its limited time of availability on the marketplace. It was absolutely stunning and totally worth it. I knew right away that I’d never go back from gaming on a monitor without some sort of adaptive sync technology. Soon thereafter we began seeing the first monitors shipping with G-Sync built in them right from the factory. This included displays like the Asus ROG Swift and Acer XB270HU, the latter being my main gaming display up until very recently.

However, we are now in the year 2018 and there are a plethora of options to choose from with regards to G-Sync monitors from the mid-range at under $500 to UltraWide and 4K displays coming in at over $1000. So today, I’m going to try and make your decision a little easier depending on what price point you’re currently shopping for. 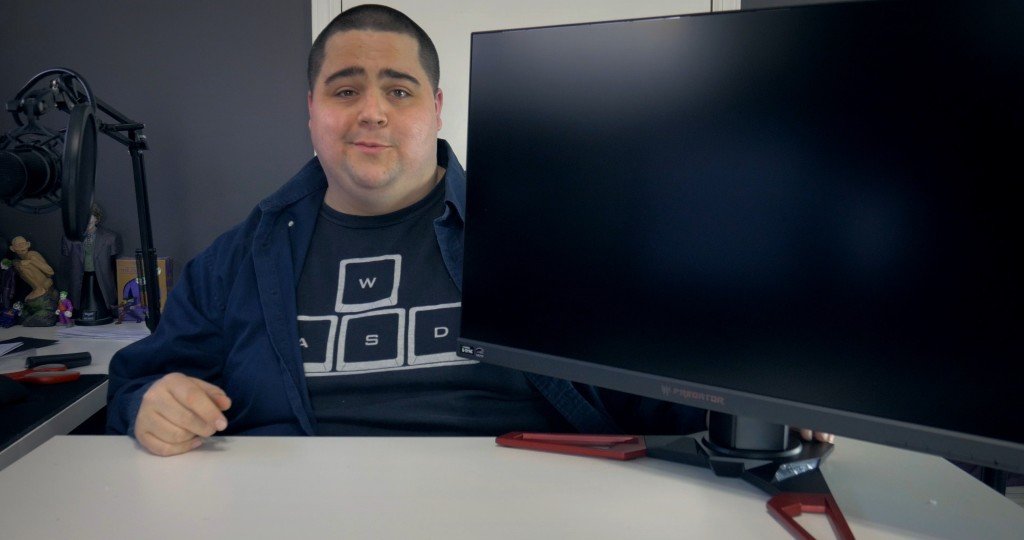 In my opinion, right now the sweet spot for a high-end gaming display is at 1440p with either 144hz or 165hz. I’ve had plenty of time to test both refresh rates and honestly, I can’t tell the difference between 144hz and 165hz. So, its really a nonfactor for me if the display offers 165hz or not.

There are really only two areas to focus on and they will also greatly affect the price. Those being IPS (In Plane Switching) or TN (Twisted Nematic). Both have their benefits and their flaws, but let’s start with IPS which offers superior color accuracy and some of the best viewing angles you can find.

The best of the best right now is the Acer XB271HU with 165hz support and a 4ms response time. Its extremely well built and in my testing offers the least amount of IPS glow when compared to monitors from Asus. You really can’t go wrong with this monitor, but it does come at a somewhat hefty price of $799 which is rather a par for the course for this type of monitor. 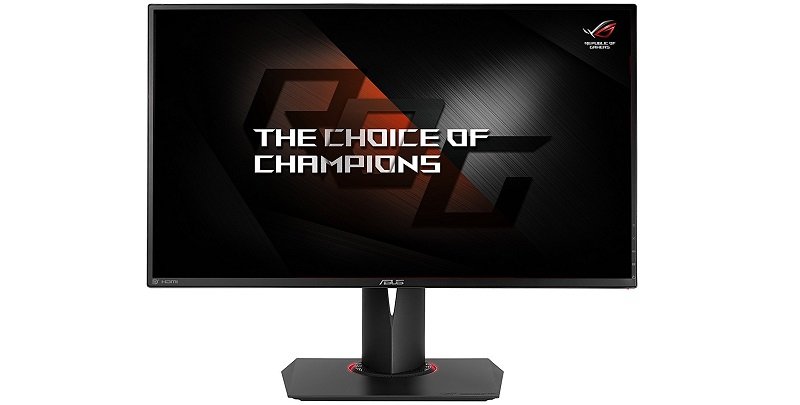 The other choice out there would be a TN monitor like the Asus ROG Swift PG278QR, an updated version to the original ROG Swift. It also offers 1440p and 165hz, although with a TN panel that doesn’t provide the same level of color accuracy or viewing angles. It does, on the other hand, have a lightning fast response time at just 1ms.

If you’re a truly competitive gamer then this will be a very important spec for you. This certainly is a good option for FPS games.

At the end of the day its hard to go wrong with either monitor in the high end 1440p space, but the ROG Swift certainly focuses more on the gaming aspect and has a better price at $599. If you at all need better color accuracy, for say picture or video editing then the IPS panel on the XB271HU will be the best choice. 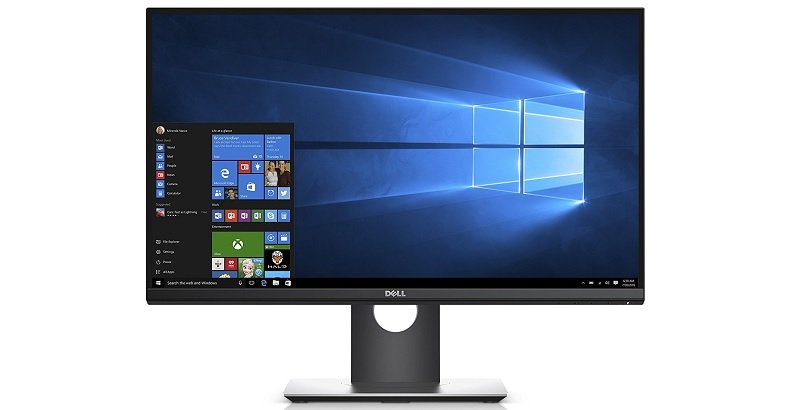 There aren’t as many options down at the $400 price bracket, but Dell has certainly done some amazing work when it comes to budget G-Sync displays, if you can call a $400 monitor a budget one. When compared to other ones in the market though, its hard to argue with.

Most assuredly if you find a G-Sync display at this price you will be looking at 1080p monitors. The Dell S2417DG is one of the best choices you can make on an affordable G-Sync display. It also has a TN panel like the aforementioned ROG Swift, but still maintains a high refresh rate although at a lower resolution of 1920 x 1080. The TN here is exceptionally good and has vibrant colors.

Thankfully Dell also including a great stand even at $399 with the ability to swivel, pivot and height adjust just like on the higher end G-Sync monitors. There’s no doubt if you’re running something like an RX 580 or 1060, this would make a rather smart pairing.

Again, this is a great monitor for gaming. Unlike other monitors from Dell, I wouldn’t use it for photo editing. However, it’s great as a G-Sync option.

While there are a handful of 4K monitors with G-Sync support, the majority of them come in with lackluster sizes of 27 or 28 inch panels. Something greatly affects pixel density and usability. If you throw a resolution like 3840 x 2160 on a 27 inch monitor you are bound to run into issues with scaling somewhere. Even if you increase scaling in Windows 10 which has come a long way from its predecessors, this still won’t help in many applications out there like Photoshop or anything else in the Adobe Suite.

It is for that reason I think you should start at 32 inches with something like the Acer XB321HK that really has this market segment to itself until you start looking at 40” 4K monitors which are excellent, although G-Sync has not broken into that area as of yet.

You will be limited to 60hz for now on the XB321HK so if you need a blistering refresh rate then you’ll have to wait until 2018 when monitors with support for Displayport 1.4 arrive from Acer and Asus.

You are still however getting an IPS display which makes this excellent for any sort of color work and with a 32-inch panel you will have excellent scaling at the desktop that likely won’t require any adjustments in Windows. Its also a great experience gaming on a stunning 32-inch monitor without sacrificing pixel density so you can get away with little to no anti-aliasing when gaming. Just make sure you have a capable graphics card of driving 4K if you are going to game at the native resolution. 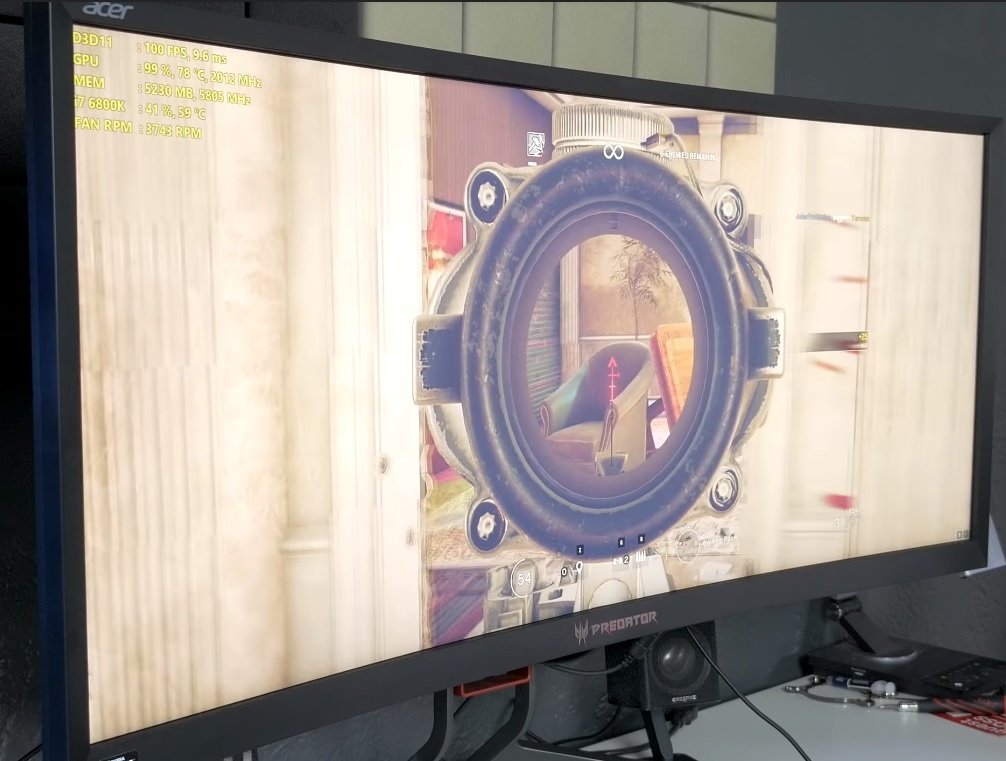 There have been a few quality contenders for the top of the line Ultrawide monitors, but one that I recently began using as my main display surpasses the rest out there, that being the Acer Z35p. While other ones out there put up some impressive spec, they still fell short with a refresh rate of 100hz and limited stand functionality.

For those reasons, I use the Z35p. Acer added the ability to swivel the monitor which I love and it also has an overclockable 120hz refresh rate. Out of the box it runs at 100hz, but simply enabling the overclock option in the on-screen display allows for 120hz which makes all the difference to me, even at the desktop. 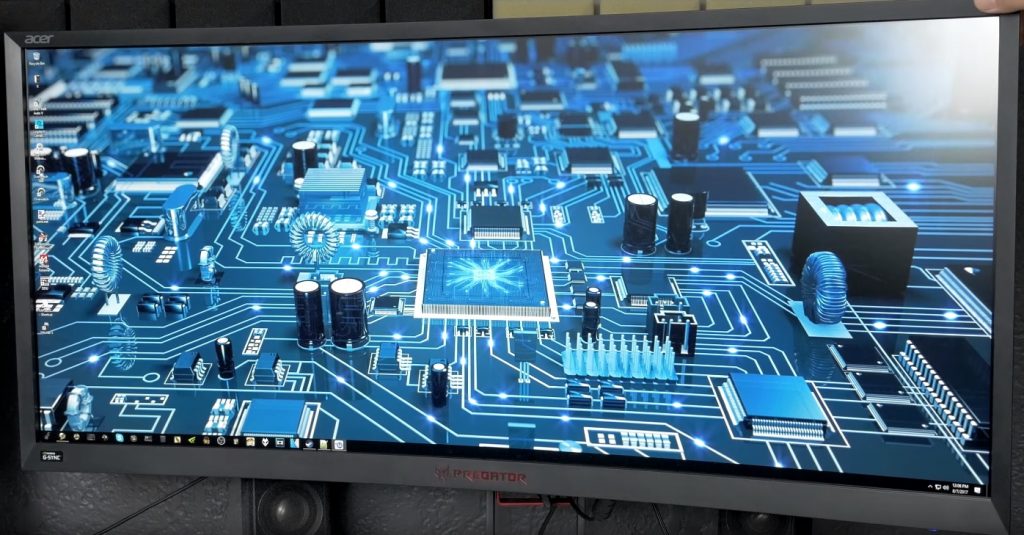 The Z35p also has a VA panel which is my favorite type of panel because of the incredibly deep blacks that make dark scenes in video games look that much better. It does cost $1099 which may be high for many people, but if you’re rocking something like the 1080 Ti that can really take advantage of the 3440 x 1440 resolution then you’re sure to be a happy camper with the Z35p.

So, in conclusion, there is really no way of claiming one single monitor as the best G-Sync display as different things will be more important to different people. One thing is for sure though, if you’re looking for 4K, UltraWide or high refresh rate then you’ll be able to easily find something to suit your personal flavor for gaming on a G-Sync monitor. Hopefully, this article has helped make your decision just that much easier. For an alternative, consider an AMD GPU and a FreeSync monitor. Considerable money can be saved by going this route.

That about concludes it. If you want to watch my video of the Z35p with additional information, you can check that out below.