Vlog Camera and Gear for Vlogging Like Casey Neistat in 2018

Today I will be walking through some of the best gear to get you vlogging like a pro here in 2018 like some of your favorite vloggers, such as Casey Neistat who has taken the Internet by storm with his amazing ability to keep an audience’s attention through clever storytelling. After spending months trying different solutions, I believe I have landed on the best 4k vlogging setup for 2018.

Set Yourself Apart With Some Sunglasses or At Least Something 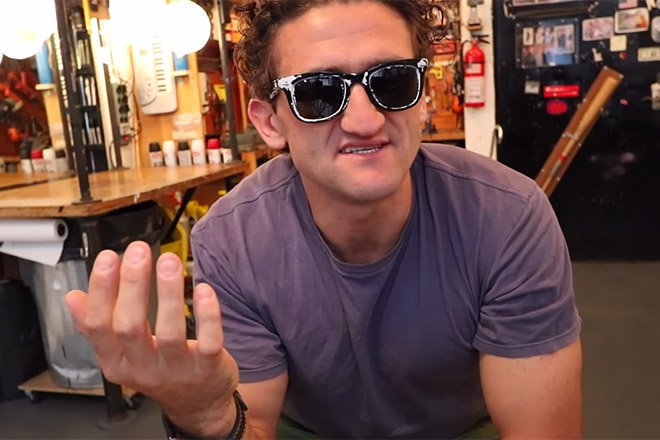 Okay, I know this is a weird one, but stay with me here.

Sunglasses have a massive benefit to you as the person on camera. Outside of the fact that you can look a little cooler, it also makes it so the audience doesn’t see your eyes.

When you’re vlogging and have that flip-out screen turned towards you, it’s only natural to glance over at it. Your viewers see that and it breaks down that fourth wall a bit. With the simple addition of sunglasses, you can make sure your shot is always in-frame, and looking the best it can, without your audience ever being the wiser.

You won’t see a single video where Neistat is without his extremely weathered pair of Ray-Ban Wayfarers. It’s sort of his trademark and makes him instantly recognizable which is another benefit of the sunglasses.

Ultimately, find something that suits your style and when the situation permits it, take advantage of your eyewear.

Have a Good Backup Camera

Having a secondary camera is almost more important than the quality of your first camera. Using multiple shots allows you to tell a much broader story that isn’t so one-dimensional.

It also adds the benefit of keeping your audience FOCUSED. And in a time where watch times is the most important metric by which Youtube videos are discovered in search rankings, keeping your viewer tuned in and tuned in longer is key.

Let’s face it, people have very short attention spans and if you spend more than 10-15 seconds on a single shot, people are going to start to drift. Actually, 10-15 seconds is a very generous estimate.

In reality, it’s less than that. Human beings consuming content online have the attention spans of goldfish, so keep it fresh by mixing up your shots. A simple iPhone or OnePlusX phone at the ready means you can get time lapses or a clever side shot. Also picking up a small flexible tripod that can hold your mobile phone would be a great idea and they can be found for around $10 on Amazon.

Whether you’re just starting out or ready to focus a bit more on quality here’s some must-have gear to get you going.

My main vlogging tripod is the Joby Focus Gorillapod with ballhead. I really recommend picking up this one or the other DSLR version which is half the price at around $50. The Focus Gorillapod at $100 is better built, using aluminum with rubber as opposed to plastic and rubber, but besides that they serve the same function.

First, it will be incredibly beneficial for everything handheld when you are walking around. Have that base under the camera will help to stabilize your shot which your viewers will thank you for.

Beyond that, it has the flexibility of being mounted virtually anywhere. Its flexible legs are ideal for mounting in a tree or wherever you need to put it when your hands need to be free. This is also something I advise you utilize as it can be somewhat unsettling to watch an entire handheld video. Ultimately, be sure to mix it up when you’re planning your shots.

A Good Shotgun Microphone for Vlogging

Every time I mention what I think is the top gear for YouTube, I make sure to put audio in front of video as good audio trumps video quality every time. Let me explain. If I click on to your video and I hear

If I click on to your video and I hear loud wind, breathing, popping, clipping and every other audio anomaly under the sun, then I’m not gonna watch your video and nobody else will. However, if you sound clear and speak well, your video could have been shot on a potato. 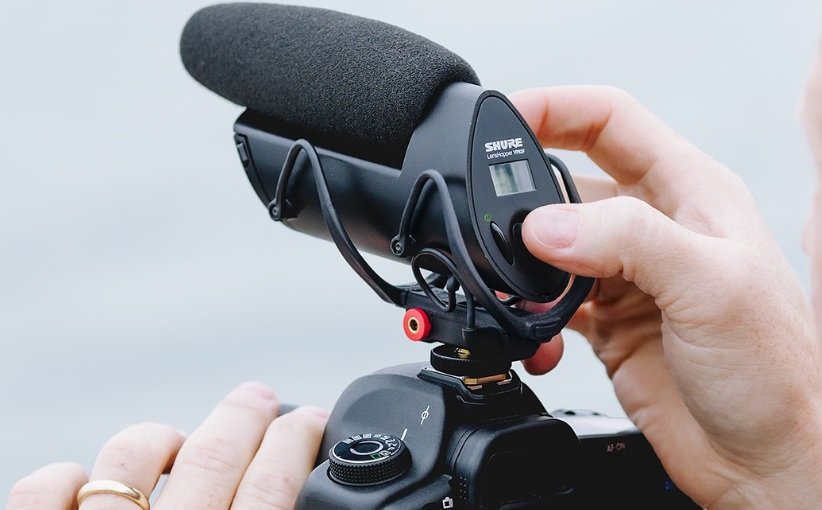 In late 2016, Casey upgraded his run and gun audio solution to the Shure VP83F Lenshopper. Offering a nice boost in capture quality and removal of background noise, this may prove worth the additional cost for some depending on your use case.

The Lenshopper also has an integrated flash version too with a hefty premium, but if you absolutely need to record into your microphone rather than directly into your camera than at least the option’s there for those that are willing to pay for it.

I’ve tried a lot of different solutions in audio before settling on using the Rode Videomic Pro. This includes Lav mics, handhelds, and even personal recorders. All of these were good in terms of the audio quality, but lugging around this extra gear and then having to handle it and sync it up and everything in between when you are on location was too much of a headache. I spent more time getting my gear setup than I did filming and that is no good. This is also featured in our recommended audio video setup for YouTube.

With the Rode mic, you put in on your hot shoe, plug it into the camera and you’re off to the races. The Pro version of this mic I’m using is battery powered which gives a cleaner signal and also allows for a decibel boost on the mic itself.

This can be incredibly handy as most cameras aren’t exactly known for how well they boost microphones. You do have the option here of the VideoMic GO at under $100, but it’s missing those additional features I mentioned on the Pro and it records a little hotter than its big brother.

So chances are you already own something you can film on, Even if that is your cell phone it’s okay. If you follow all my previously mentioned advice, then you should be in a very good place when it comes to your gear.

The video equipment should really be the final frontier once you have mastered all other areas of filmmaking. I say that because if you really think the only thing holding back your vlog or Youtube channel is how good your image quality or resolution is, then you seriously need to reevaluate your entire channel. I use a different option in my run and gun YouTube setup.

Stay Ahead of the Curve, With 4k

My camera of choice here for 2018 is the Panasonic Lumix G7 and I will explain why. Previously having used a Canon, which is great, I’m not taking anything away from them, but they don’t exactly offer the best feature set on some of their consumer cameras when it comes to making videos. One of the biggest ones being 4K.

I firmly believe that Ultra HD content is the future and its a not so distant future as well so if you are just now buying your first big camera or an upgrade for 2018, you are doing yourself a big disservice if you don’t invest in a 4K capable camera.

It’s perfectly fine to shoot 4K and upload in 1080. Many people do this and it still offers a tremendous benefit in video quality since you are capturing more at the source so you just have a lot more detail to work with in post-production.

Lastly, I will touch on lens choice. If you’re going to be vlogging, the first lens you should get on the micro-four-thirds system of the Panasonic G7 is the 14mm f/2.5. This is a prime lens which means it doesn’t zoom, but 14mm should be the perfect focal distance for a selfie stick or if you have to film in a small space.

I recommend this first as it’s affordable at under $300, extremely light and learning to use a prime lens will teach you a lot about videography and the importance of framing.

My personal lens that I use is a lot more pricey, but it also give me a lot more options since it is a zoom lens in the Lumix 12-35 f/2.8. That 12-35 is the full frame equivalent of 24-70mm which means it can be wide and get some good macro shots. Also, having a constant aperture of f/2.8 through the entire focal range means you won’t have to sacrifice low light performance when zooming in.

I hope this guide gave you some better insight into the gear professionals like Casey Neistat use to put themselves in position to spend more time vlogging and capture content then they are messing around with a lot of different gear. That’s really the goal of a vlogging setup like this is having everything all together in one package so you can work smarter and not harder.