Each year the amount of manufacturers vying for a spot in the gaming hardware space increases. This only means good things for gamers who for the most part expect perfection at a minimal cost. A few weeks ago up and coming company UtechSmart contacted me and asked if I would do an in-depth review of their new MMO Gaming mouse, the Venus. As I’m a bit of a self-proclaimed gaming mouse collector and addict, I gladly agreed.

The Venus in its shape looks a lot like a few of the more popular models on the market including the Logitech G600 and Razer Naga 2014. On the outside what really differentiates the Venus from those two products is it’s cheaper price. At $40 it’s $20 to $40 cheaper than these models and offers a few options that these brands don’t.

Whether the Venus loses something in quality is something we’ll be testing in this review and over the next couple of months. What we do know now is that the release of the Venus and competitor the Redragon Perdition seem to have taken the price of both the G600 and Naga down to a more reasonable level.

Like the Naga and G600, theVenus has a 12 programmable button thumb grid. For anything else, this amount of buttons would seems extreme.  However, this mouse is designed specifically for MMORPGs that require quite a few macros or the pushing of many buttons. In total the Venus has 18 programmable buttons which is on par with the Redragon Perdition, 1 less than the Naga, and only 2 less than Logitech’s G600. 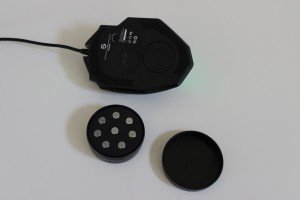 Like it’s competition the Venus is more for the palm grip style gamer who plays in extended gaming sessions. The weight of it, around 150 grams, reflects a weight that’s almost the same of the G600 and a little bit more than the Naga 2014 at 135g. What sets this mouse apart from these is its inclusion of 20 grams of additional weight. That being said this feature, for many, will seem unnecessary for most who realize that the weight of this mouse is on the heavier side anyway. 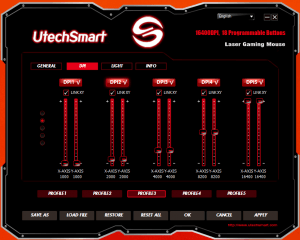 The Venus has an advertised 16,400 DPI or double that of its closest competition. Since Logitech and Razer use similar Avago sensors this is most likely tuned by software. That being said DPI above 4,000, in my opinion, is somewhat gimmicky and not worth resting your purchasing decision on.

The quality of the Avago sensor, which as of right now we don’t know, is a much more important determining factor.

The front of the mouse has two arrows that allow you to easily switch to 1 of 5 preset DPI settings on-the-fly. These presets can be programmed in with UtechSmart’s included software. 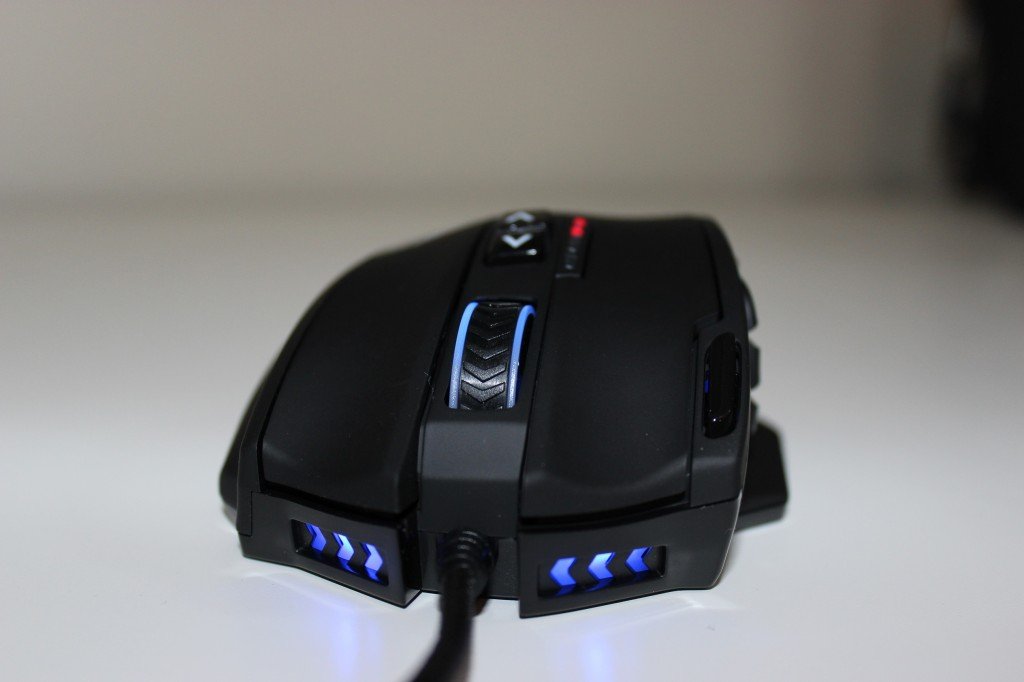 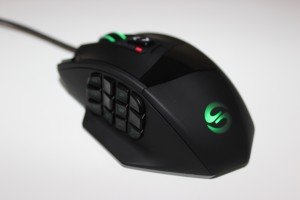 Another nice feature of the Venus are its programmable LED lights which allow you to pick one of 16 million colors as well as the brightness and breadth of the lights. For the 5 pre-customized profiles you can go between yellow, green, blue, purple and red and have the entire mouse light up in those colors. If you customize the light color, then the scroll wheel will remain the color of whatever pre-customized profile you used.

Another design feature the Venus comes with that its competition doesn’t is its small thumb rest. While this rest could be extended to improve its usefulness it is kind of nice for preventing misclicks on the thumb grid.

Like it’s competition the Venus uses an Avago sensor and Omron switches for increased click durability. While it would be nice to know exactly what Avago sensor this mouse uses, we, unfortunately do not have that information as of yet.

Another outside feature is the felt-like cover over the top that feels a lot like Razer’s current DeathAdder and helps to prevent slips and while the Venus is cheaper that its competition it definitely doesn’t feel cheap. 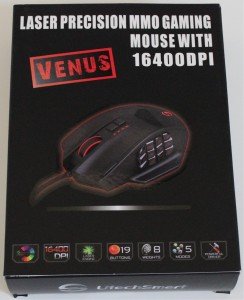 What I would Change:

While this is a good mouse there are a couple suggestions I’d have for UtechSmart. One, I’d have the default polling rate be at 1000Hz rather than 500Hz. Most gamers want the highest available.

The second option is that I’d default the DPI incrementally from about 600 to 3600. For those who want to use the full 16,400 DPI let them use the software. Another suggestion I’d have is with the thumb rest, either extend it, or leave it out.

Lastly, I’d leave the weights out entirely. Most gamers aren’t going to want to increase the weight of this mouse from 150 grams to 170 and that additional money could go towards other quality-improving designs.

Overall I was impressed with the Venus. Some users had complained online that the sensor was a big jumpy; however, I didn’t get that sense at all after playing several hours of Diablo 3 with it. Perhaps those users failed to adjust the DPI downward or use the included software to change the polling rate to 1000Hz.